Spartak Moscow have warned their fans to refrain from violent behaviour when they travel to support their club in a crucial Champions League encounter against Liverpool on Wednesday.

The Russian champions are hoping to avoid further UEFA sanctions after being punished by the European governing body for the behaviour of their fans earlier in the campaign.

‘Do not give in to provocations and don’t get involved in conflicts with locals, soccer fans and the country’s law enforcement,’ Spartak said in a statement on Monday. 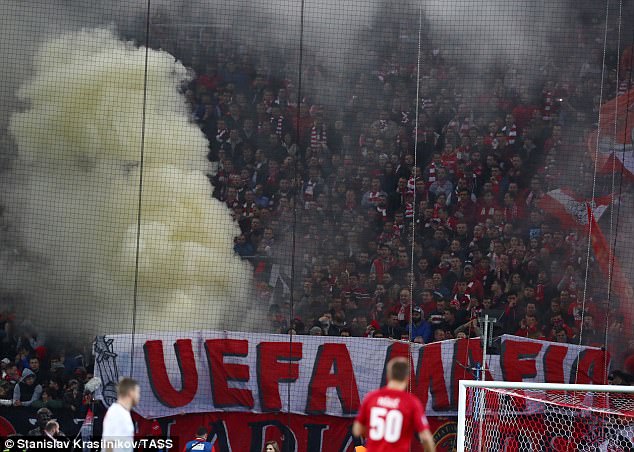 ‘We urge you to refrain from any other unlawful actions on the territory of the United Kingdom, including at sports venues and on routes used by fans.’

UEFA opened disciplinary proceedings against Spartak last month after fans set off fireworks during their 1-1 draw against Maribor in Moscow.

They were then fined 33,000 euros (£29,000) after fans displayed illicit banners, set off fireworks and blocked stairways during their 1-1 home draw against Liverpool in September. 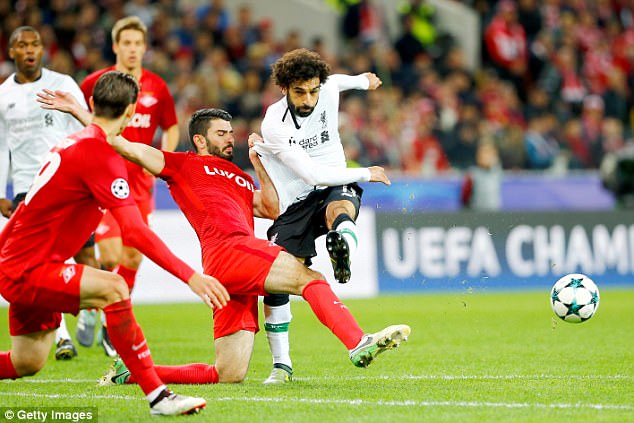 Spartak were fined and banned from selling tickets to supporters for their next away match in Europe after a flare fired from the visiting supporters’ stand almost hit German referee Deniz Aytekin in their group opener at Slovenian champions Maribor in September.

Liverpool lead Group E on nine points and can reach the knockout stages with a draw against Spartak, who need to win the Anfield encounter to advance to the round of 16.