Lieutentant Colonel Mark ‘Foggy’ Philliips, 56, was one of the SBS’s most respected officers and one of its fittest before being struck down by Sporadic-CJD

A special boat service commander who led top secret missions behind enemy lines in Iraq and Afghanistan has died after developing the human form of Mad Cow Disease.

Lieutentant Colonel Mark ‘Foggy’ Philliips, 56, was one of the SBS’s most respected officers and one of its fittest before being struck down by Sporadic-CJD – a disease so rare only one person in every million develops it.

Creutzfeldt-Jakob Disease is a rapidly progressive form of dementia. Lt Col Phillips was diagnosed with the fatal disease in June and died on August 12.

During his remarkable career, he led hundreds of covert operations including a breathtaking bid to blow up Saddam Hussein’s telecommunications network during the first Gulf War.

After an aerial bombing campaign failed to destroy fibre optic cables buried underground in Baghdad, top brass ordered Lt Col Phillips and his SBS team to fly there in helicopters and plant 700lbs of explosives.

As an SBS source said: ‘It was the proverbial “mission impossible” and many people thought Foggy’s team wouldn’t make it back alive. The cables were buried under a sports arena near the city centre and all the Iraqi command and control messages were routed through there.

‘On the night of January 22, 1991, the SBS team aboard two RAF Chinooks approached the stadium at low altitude to avoid Iraqi radar systems. A diversion attack was also launched to draw enemy troops from the area. This allowed Foggy’s guys to land and plant their explosives.

‘Seconds later they ran back aboard the choppers and the explosives went off. All the Iraqi communications went down and the mission was a huge success. A piece of cable recovered from the scene was later put on display at the Imperial War Museum.’ 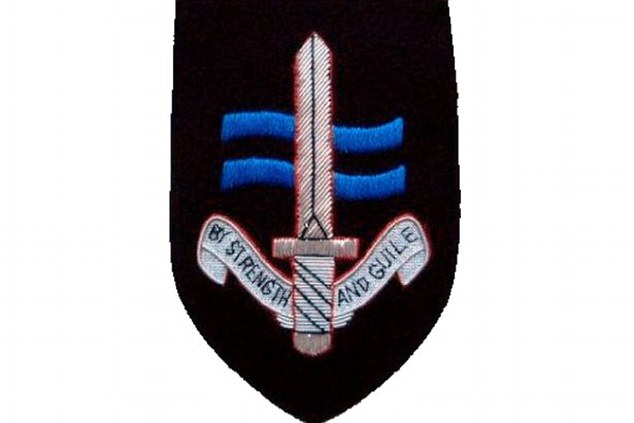 Lt Col Phillips returned to Iraq in 2003 with the SBS and deployed to Afghanistan in 2008 as part of a secretive UK-US Special Forces unit known as Task Force 42 which hunted down Taliban commanders.

Last night, Commandant General of the Royal Marines, Major General Rob Magowan led the tributes. He said: ‘Foggy was an inspiration, both to me and across our Corps. Bright, physically strong, courageous, hugely visionary and immediately engaging, he had all the attributes of a Royal Marine.

People were swept up by his energy and leadership. I first met him on an adjacent rowing machine and I must admit to feeling intimidated. As an organisation, we are considerably less rich with his passing.’

Ex-Marines also paid tribute on Facebook. Ollie Kingsbury said: ‘I was lucky enough to work with him in his last post and privileged to say farewell as he left the service. Top, top man.’

While an ex-SBS colleague said: ‘He was the troop boss in Poole [where the SBS is based] and well liked by all. Also one of the fittest blokes I’ve ever met. A tragic loss. RIP.’

Lt Col Phillips, who was awarded the MBE, joined the SBS in 1987 and was a renowned canoeist. He won the 125-mile Devizes to Westminster canoe race on the River Thames four times.