Special school’s head, deputy head and their assistant are all suspended after an 11-year-old boy with Down’s Syndrome ‘was left naked and soaking wet in the playground for 30 minutes’

The head, deputy head and assistant head of a special needs school have been suspended after an 11-year-old boy with Down’s Syndrome was left naked and soaking wet in the playground for half an hour, according to his mother.

It is understood that Levi Blackshaw was recorded on CCTV ‘curled up in a ball’ after being left outside on a cold afternoon at Stanley School in Pensby, Wirral on October 30 last year.

He was given just a towel before, eight minutes later, being given a pair of shorts.

It is alleged that Levi was then left to stand in the cold for a further 22 minutes, with witnesses saying he was ‘curled up in a ball and crying like a baby’.

His furious mother Suzanne Cole says that her son suffers with significant health problems and is non-verbal.

Levi Blackshaw, 11, suffers from Down’s Syndrome and was allegedly left naked and wet in the school playground 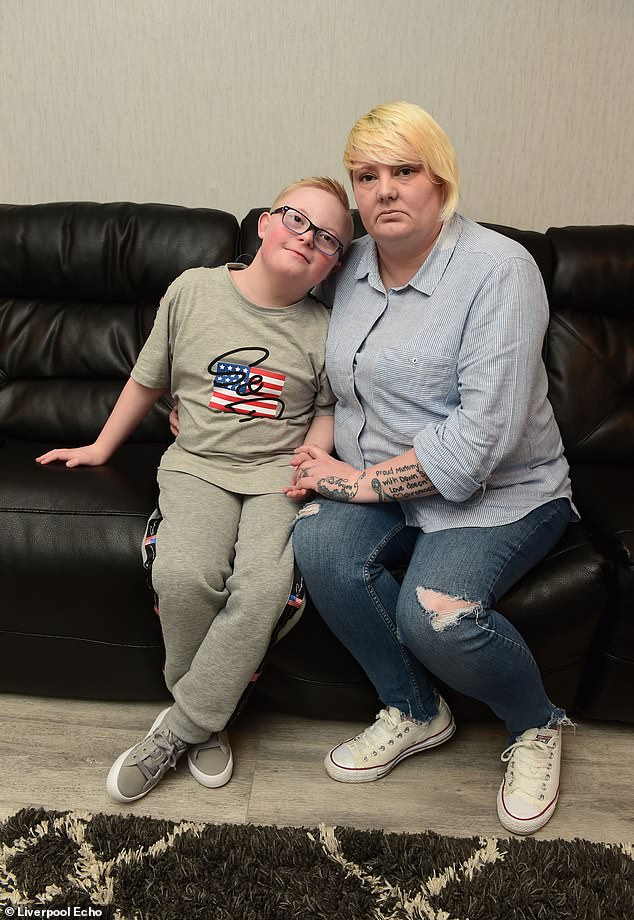 Deputy head Cecilia Maxwell was investigated but allowed to return to the school shortly after the incident.

Eleven months later, she, along with the head and assistant head, has now been  suspended by the board of governors, pending a major investigation into Levi’s treatment and other unrelated matters.

Levi, who has behavioural problems related to his condition, had been left in a classroom on his own after he ‘acted up’.

His mother says that he began playing with water, got himself wet and decided to take his clothes off.

Staff found him and took him to another classroom and Levi was allegedly escorted outside with just a towel round his shoulders. 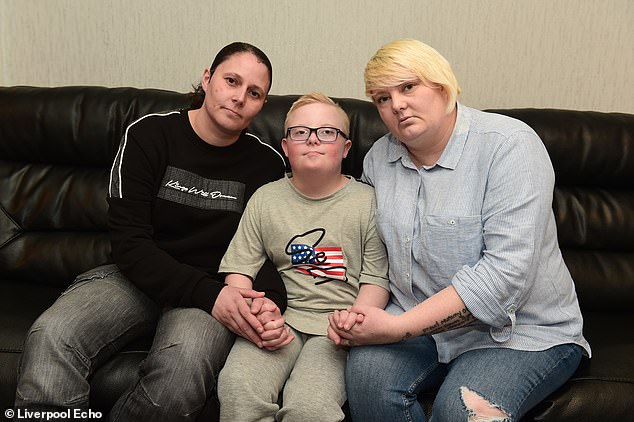 Suzanne, from Noctorum, Birkenhead, said she initially had no idea anything had even happened.

She was only informed a day later when a witness described seeing her son out in the cold.

She told the Liverpool Echo: ‘When I found out I was just crying. I went into the school and I nearly smashed the classroom up. My partner had to get the social workers and I had to be removed from the building.

‘I demanded to see the CCTV footage from the head teacher and it took two weeks, and when we saw it I was crying and even he was crying. 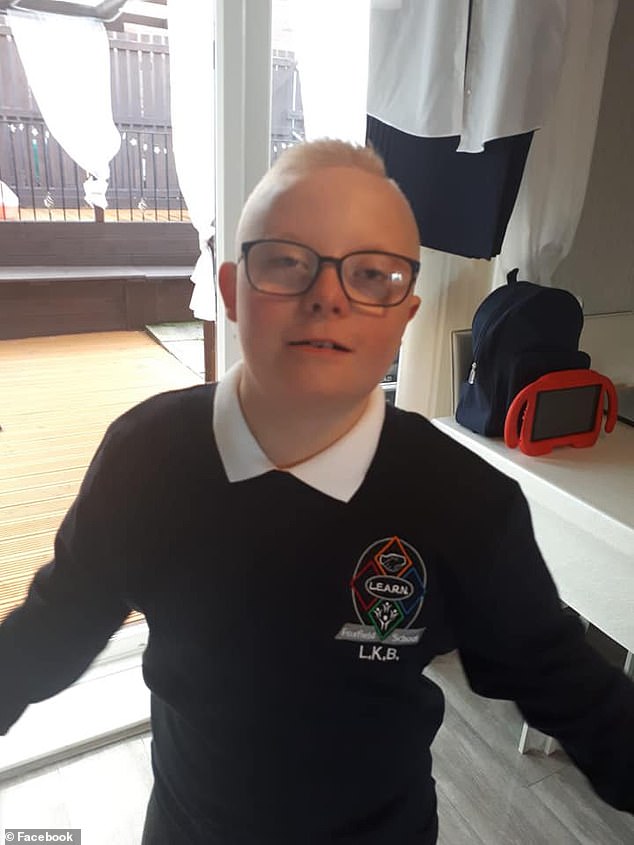 Levi, who in non-verbal, was reportedly ‘curled up in a ball and crying like a baby’ after being left outside

‘It was awful. What’s really hard is how can you prove how Levi was affected? He is non-verbal, he is not like us.

‘He came home from school that evening and we didn’t even know. You send them to school to be protected.’

Her partner Miss Kearney, who works for an autism charity, posted a video on Facebook talking about what happened.

She told viewers: ‘The CCTV footage says it all, as witnesses said he was curled up in a ball crying like a baby.’

Ms Maxwell was placed under investigation shortly after but later allowed to return to school.

Levi returned to the school afterwards but has since moved on to high school.

As well as Ms Maxwell, head teacher Anthony Roberts and assistant head teacher Helen Clements have both also been suspended, although the school stresses that the suspension is not an indication they are guilty of any misconduct.

The new investigation is believed to be related to both Levi’s treatment, the original investigation and Ms Maxwell’s return to school, as well as other non specified problems.