Specsavers assistant faces jail for sending ex-boyfriend 1,000 texts begging him to take her back

A woman who drove her ex-boyfriend to the brink of suicide by spamming him with more than 1,000 text messages begging him to take her back could face jail.

Michelle Felton, 28, who works for Specsavers, was so infatuated with Ryan Harley she rang or messaged him up to 150 times each day after he broke up with her.

Felton would ask her ex: ‘Why won’t you speak to me? I love you. Are we meeting tonight? Are we going out?’ before accusing him of cheating in his driving test when he failed to respond.

Mr Harley, who lives with his mother in Ellesmere Port, Cheshire eventually called in police when Felton began leaving gifts on his doorstep.

Optician’s assistant Michelle Felton sent her ex-boyfriend over 1,000 messages begging him to take her back 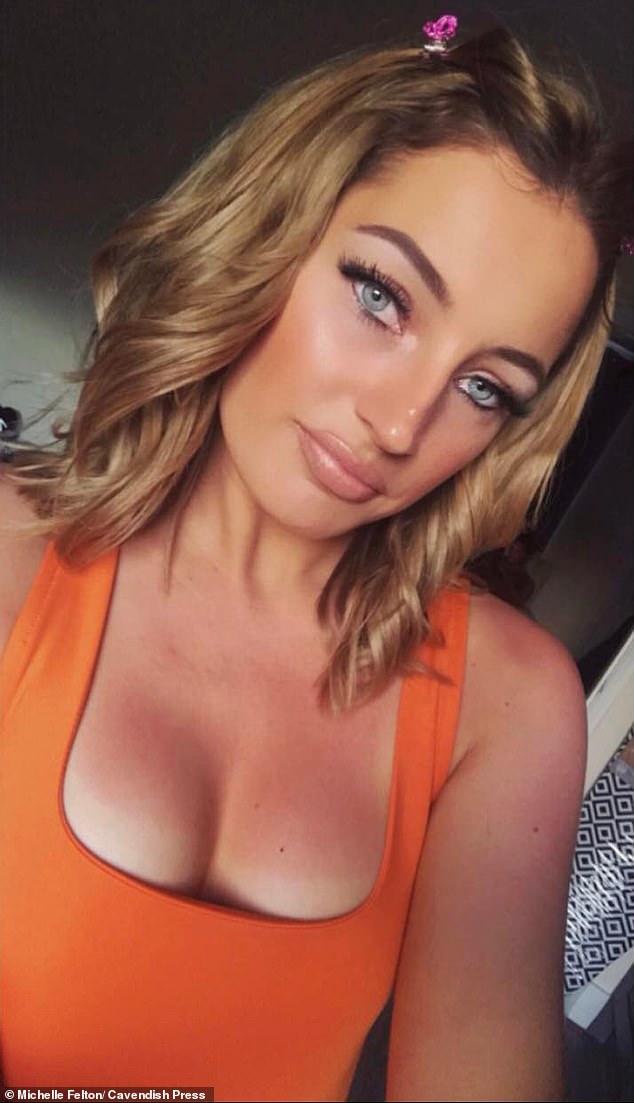 He told officers ‘I just want it to go away and for it all to stop. I just feel like ending it all’.

Mr Harley accused Felton of controlling him during their 21-month relationship.

At Chester Magistrates Court, Felton admitted harassment after her not guilty plea to coercive behaviour was accepted by prosecutors.

She was bailed for sentencing until next year but could face up to six months behind bars.

The couple began dating in May 2020 but split up in February this year after an argument in which Mr Harley accidentally broke Felton’s finger and she kicked him in the groin.

Miss Lynne Sayers, prosecuting, said: ‘He says it was an accident and said it occurred whilst he had to push her away after being kicked in the groin area. There was a formal statement made in relation to the matter but the CPS decided not to pursue that and the relationship soured.

‘There is one where he replies to the message “Are we still going out?” in which he says he doesn’t want to continue the relationship. But she continues and continues. As she goes on, he says “This has become toxic. Just leave me. I need a few weeks” and did not reply.

‘But a lot of the messages are sent about him allegedly cheating on his driving test. She went on and gave him a hard time about that. Then she said, “No, I am very proud of you. When are we going to meet?” 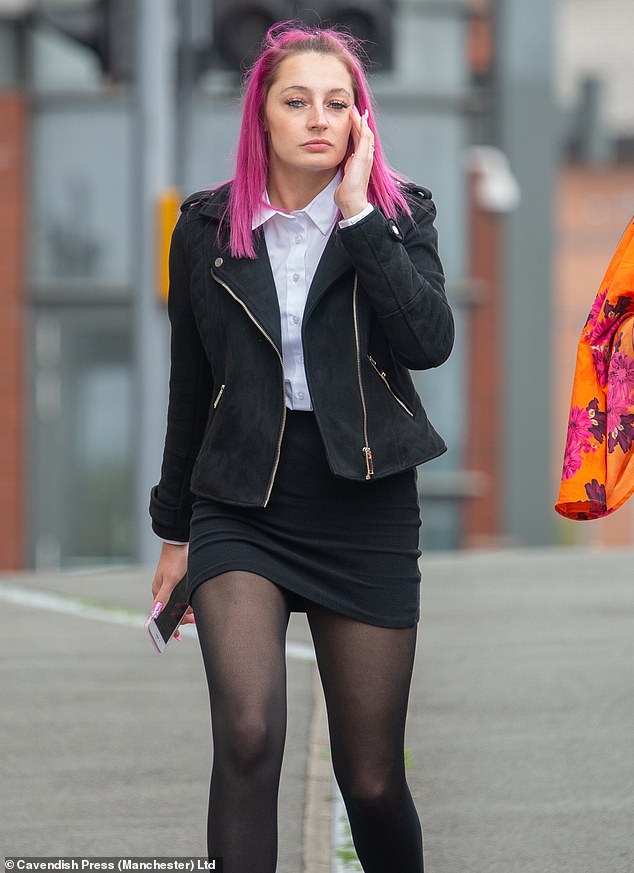 ‘About accusing him of cheating she said, “I didn’t really mean it.”

‘He says, “How do you expect me to feel when you call me a cheat?”

‘She just continued on in the vein. How much she loves him. She tells him that many times saying: “Are we meeting tonight?”, “Are we going out?”, she asks about the dog.

‘She contacted him at all times of the day. He just wanted it to go away and for it all to stop. The effects on this perpetual messaging on him have been significant.

‘In an interview she said he did not make it clear that the relationship had ended. She accepted sending the messages and accepted the missed calls. But she said it was just because she cared for him as he had anxiety and depression issues.

‘It is clear that the defendant has not intended to go about on purpose maximizing fear and I cannot say there was a degree of planning or sophistication – she may have been simply pouring out her feelings.

‘But it is an enormous amount of messages and calls so it caused serious distress to Ryan. It has been a very upsetting case on both sides. It’s not denied that the defendant has had a difficult time but the effect on the victim has been quite considerable.’

In mitigation, Felton’s lawyer Peter Barnett said: ‘It is conceded that through her infatuation with him she sent voluminous text messages and made calls. But he was not particularly threatened and they were mainly lovey dovey messages.’

Referring to the day of their break up, Mr Barnett said: ‘She had been at work and gone to bingo with her mother and it had been agreed that she would stay at his property later that evening.

‘They woke up in the morning whereupon they had an argument. He was watching videos on his phone and she says she wants to spend time with him. She tries to give him a hug but he says he has had enough.

‘During the argument he accepts that he struck her with a sock which we say was wound up so that it was like a rope. She accepts that she has kicked him in the groin area because he was causing pain.

‘He then grabs her right hand and starts to bend and twist her little finger until it snaps. He maintains that she grabbed him around the neck but she says she was just sitting up. Thereafter his mother enters the room.

‘She had to take one month off from work, her finger was swollen and in pain and she was taking strong pain medication. Out of guilt he spent the next five days with her and then stopped seeing her and she doesn’t know why – she is infatuated with him.

‘We would submit that he just made this allegation that he was affected by her behaviour because he was trying to avoid prosecution for GBH [grievous bodily harm].’

JPs adjourned the case for reports and told Felton to appear at Warrington Magistrates Court on January 6 for sentencing. Her bail conditions forbid her from contacting Ryan Harley or his mother Jayne.

Chairman of the bench Ian Williams said: ‘We have considered the matter and are taking into account the evidence presented on behalf of the prosecution and in particular the length and extent of the text messages and phone calls taking place over the period.

‘Also, we have taken into consideration what was said by Mr Barnett. We feel that probation reports are required.’