A spectacular video from a breeder in Longyan City in southern China shows tens of thousands of bullfrogs packed in to massive tanks.

The frogs are likely being bred to be eaten as Chinese bullfrog is a well-known dish that is widely farmed in Sichuan province in China, Malaysia, and Thailand.

The video, narrated in Chinese by the camera holder, shows the hordes of frogs packed into massive containers with water pumping into them.

Seven of the massive containers full of hopping amphibians are shown in the video.

The Chinese bullfrog is also know as the Chinese edible frog or ‘field chicken’ in its English translation.

The frogs, that can grow up to 4.7 inches, are commonly found in wet markets, seafood markets, and pet stores. 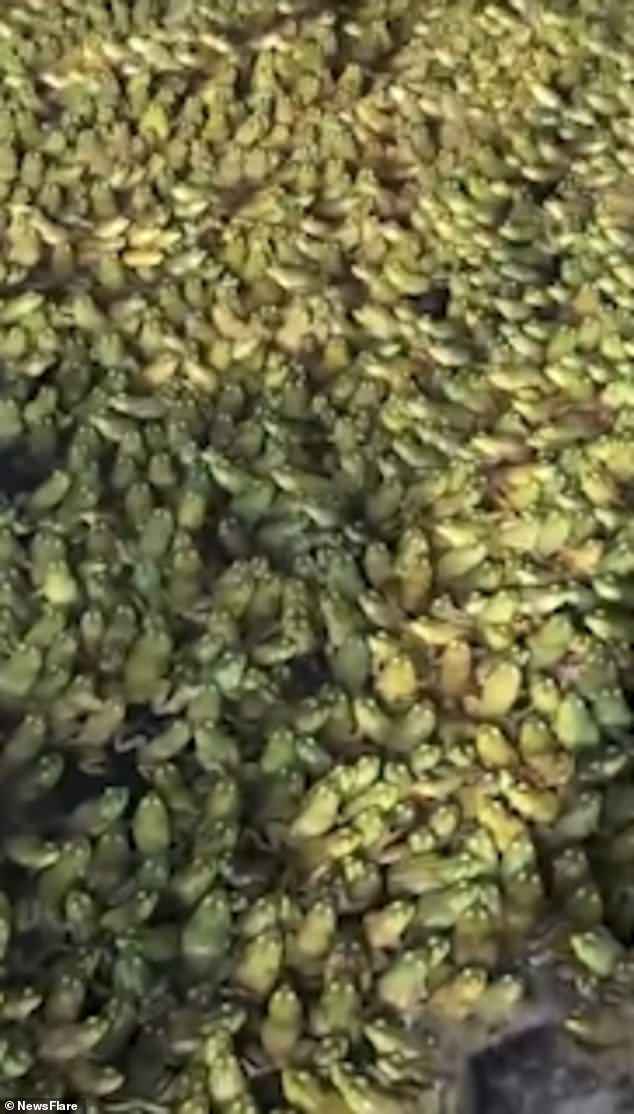 In wet markets, they are usually sold per piece or per kilogram. The medium-sized frogs are sold as pets in pet stores, and the smaller variant is sold as live food for arowanas – a carnivorous fish.

Although they are sometimes kept as pets, the frogs are a mainstay in many Asian dishes, including Chinese bullfrog soup and frog leg stir fry.

In 2014, a Vice journalist visited south east China and tried the delicacy.

She said: ‘In Hangzhou, I tried bullfrog for the first time at a hole-in-the-wall.

‘There, I learned to suck the white meat off the frog legs until all that was left was a pile of tiny toe bones in my mouth.’