‘He couldn’t ride the bull!’: Spectators laugh as man scrambles out of car when bass speaker causes his whole body to VIBRATE

This is the incredible moment a man couldn’t sit in a car because the bass was so loud.

The man is seen to be enjoying the music in the car before the bass comes on causing him to pull himself from the vehicle.

Its known to be one of the loudest vehicles on the west coast of America.

The van owned by Jeremy, was showed at Surf City 2018, in Lincoln city, Oregon.

Brandon is seen getting a demo inside the car but couldn’t sit in it any longer than six seconds.

He’s seen enjoying the music before the bass hits and he’s thrown around the seat. 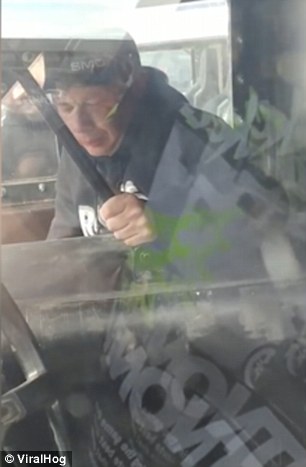 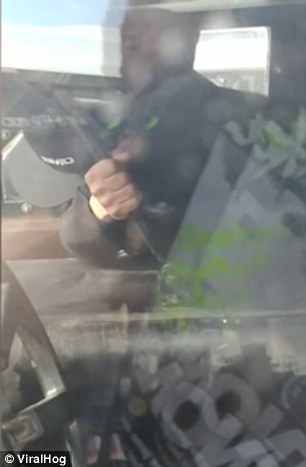 Surf City is the biggest car event in west America.

It hosts huge amounts of cars the hold demos as well as drag racing in the streets.

Jeremy was taking part of this year’s, Bass Race, which saw up to 153db of sound.