Motorway gantries could be removed as part of new plans to transmit speed limits, traffic news, weather reports and directions directly to car dashboards, it was revealed today.

Highways England is going to test new 5G technology on the A2 and M2 between London and Dover later this year.

If successful it will means thousands of signs cluttering Britain’s roads would eventually be torn down and is seen as a key step forward to giving driverless cars the technology they need to work properly in the UK.

Highways England has published a report says that the UK’s new 5G network will allow information to be beamed into cars as they travel along our busiest roads.

Data sent to them would include speed limits, best lane to be in and warnings if there are tailbacks ahead including suggesting diversions, according to The Times.

The £20million trial will start by Christmas and run until the end of 2020 and the technology will only work in the newest of cars.

The report says: ‘This may eventually allow some roadside infrastructure, such as gantries, to be removed.’

Steve Gooding, director of the RAC Foundation, said the technology is there but is concerned about removing too many signs in case the technology fails.

But it is already being used in  Belgium, France and Holland.

Earlier this year it emerged that thousands of unnecessary road signs could be taken down around Britain after a government report concluded that most warnings were completely pointless.

The Department for Transport (DfT) review found the number of signs had doubled in 20 years to 4.3million, cluttering up streets and confusing motorists with outdated messages.

The report said the overuse of pointless signs has ‘become so widespread that it is verging on national humiliation’. 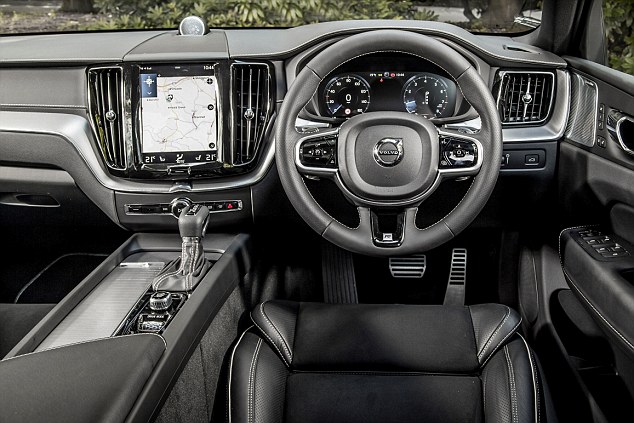 It recommended that entire categories of signs should be scrapped, with a suggestion that nine in ten should be taken down.

Signs warning of upcoming traffic lights, brown tourist signs and no stopping signs are among those facing the axe.

Signs warning motorists of speed cameras should also be scrapped in favour of an online database informing drivers of their positions, experts suggested.

Most signs are ‘entirely superfluous’ or assume an ‘insulting degree of stupidity on the part of drivers.’

The DfT is preparing to issue fresh guidelines to councils recommending creating a series of ‘golden rules’ including making sure most signs are no higher than 2.1metres and that those backed with reflective materials are no longer illuminated by their own spotlight.

Road markings should be used instead of signs in most cases, it adds.

The review was conducted by the Road Signs Task Force, which was created by the DfT in 2015 under the leadership of Sir Alan Duncan, who left a year later to become a Foreign Office minister.

The Department confirmed it is preparing to update its traffic signs manual after the report found the sheer number of signs to be ‘unsustainable.’

‘This is unsustainable and bears out the need to reduce signing wherever possible,’ the report said.

‘Although impossible to count, it seems clear that many of the country’s signs and posts are unnecessary and could be removed.

‘Information overload for drivers can contribute to driver distraction, and have a detrimental impact on road safety.’