A New York photographer famous for shooting mass crowds in the nude is now calling on Australians to strip off for his latest project amid coronavirus isolation.

With people around the world urged to stay indoors amid the COVID-19 spread, photographer Spencer Tunick has been capturing people in the nude at home over video chat.

His project Stay Together Apart has already seen people from America and Europe bare all and get behind the lens, and now Australia is his next target.

Lee Smyth, 29, a lingerie manager, is one of dozens of Australians already signed up for the photoshoot.

‘It will be a really beautiful way to capture what is a very unusual time that we are all living through,’ Ms Smyth told Perth Now.

It won’t be Ms Smyth’s first time posing for Tunick after she joined 549 others for a mass photoshoot on Chapel Street in Melbourne in 2018.

Shots from Tunick’s Zoom project which began at the end of April has already been shared on his social media.

The shoots either have nine or 25 people of all ages, which Tunick directs into various poses during the 20-minute call.

The models were even encouraged to wear face masks and came from all over the world including France, Mexico, Malaysia, Lebanon and Denmark.

Tunick said the idea came about after being stuck at home during isolation. 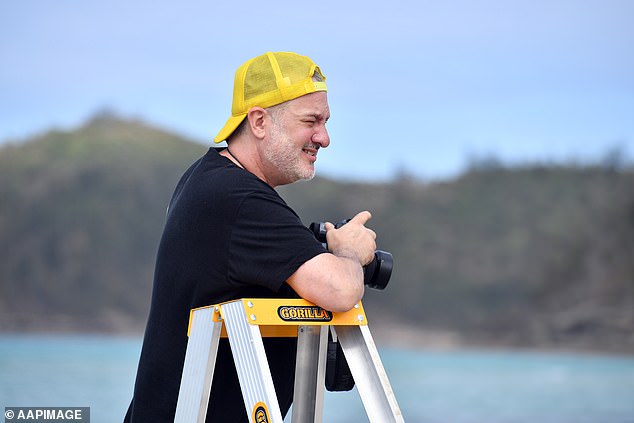 ‘I hope people take off their clothes and make their own with their own friends. I hope this continues and doesn’t start and stop with me,’ he told Esquire.

‘It’s really great to have platonic intimacy on video chat.’

Up to 100 volunteers will be involved and Tunick said many are health care staff.

‘I’ve been getting so much love from Australia that I felt like connecting,’ Tunick told AAP.

‘Anyone above the age of 18, all body shapes, all races. COVID-19 impacts all of us and I want my artwork to be representative of this unique moment in time. 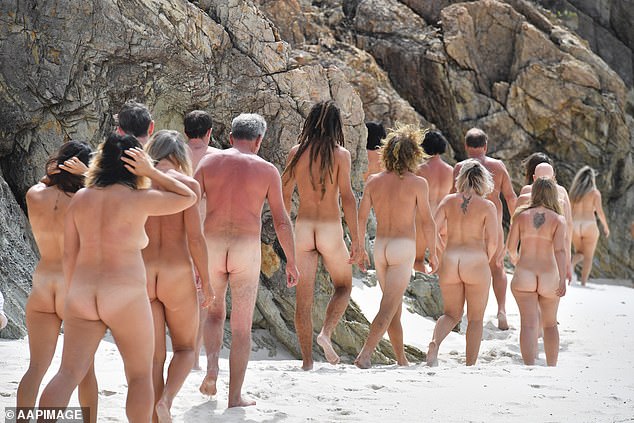 ‘Some of them are nurses and doctors coming home from the COVID units and they are making time to be in this after their work is done.

‘For them it’s a chance to escape and do something completely different to take their minds off of what they’re surrounded with.

‘Life is too short to stress about the naked body…Especially when your job is swabbing COVID patients!’

Tunick has composed several of his mass nude photos in Australia.

In 2010, 5,000 Australians got together and stripped off at the Sydney Opera House.

Tunick has taken a mass nude photo every year for 25 years and had a shot planned for Brisbane Airport but it was cancelled due to coronavirus.

He’s hoping his video chat shoots will make do for now. 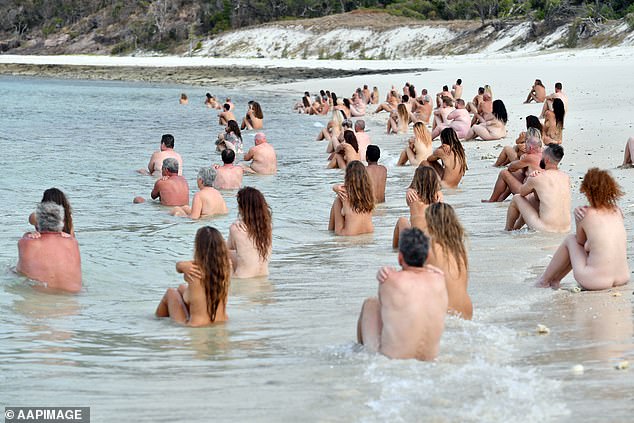