When Roger Clarke, 73, walked into Prince Henry’s hospital as a sperm donor in the late 1980s, his goal was ‘always to help couples who couldn’t have families’.

At the time, he was a married family man with two daughters, now aged 46 and 48. He decided to donate sperm after his wife heard a radio advertisement and encouraged him to help other families.

‘It was the idea of my wife actually, back in the late 1980s. And she heard an interview on the radio by one of the doctors at the Melbourne Prince Henry’s hospital,’ he said.

‘And she suggested that I could be a donor. Melbourne was short of donors at the time. So I went in and did some tests with them and was accepted,’ Roger said.

Roger Clarke, aged 73 (pictured) has worked in the film and TV industry for most of his life and is pictured at the Great Barrier Reef. In the late 1980s he became a sperm donor at Melbourne’s Prince Henry Hospital

He was paid a token fee for his involvement, ‘It might have been 27 or 29 dollars, that was the number I seem to recall,’ Roger said.

He said that throughout the whole process, he wanted to help families who weren’t able to have their own children.

‘It was always to help couples who couldn’t have families, you know, when there was infertility, particularly amongst males, that was why they needed sperm donors,’ Roger said.

When Roger became a donor, there was stigma attached to being a sperm donor and he only told those closest to him.

‘At that time it was a social taboo, it wasn’t a barbeque stopper, I can tell you,’ he said.

‘On all sides, it was not a topic of wide discussion. Only my close family knew and certainly, families, recipient families were encouraged not to disclose that their child might have been donor conceived. But that’s not to say that many couples told their children,’ Roger said.

At the time of donation, Roger said that donors were usually anonymous. However, he felt that it was important for donor children to be able to contact their biological parents. 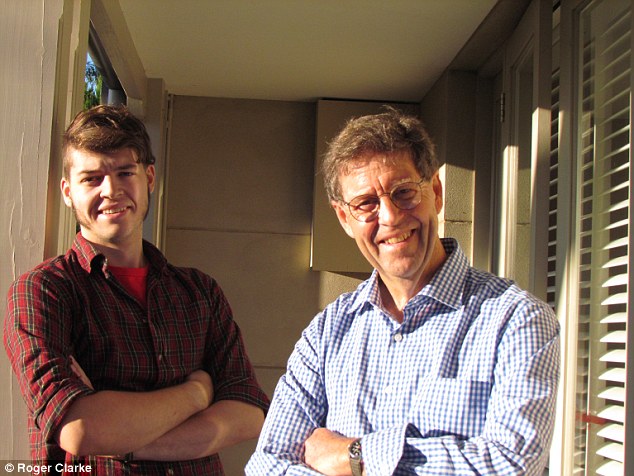 Roger Clarke met Riley, 27, one of his male offspring about eight years ago. Roger said, ”He always wanted to meet me and he put an application in just after his 18th birthday which was the age at which he was allowed to apply’

‘It was considered that you would be anonymous,’ he said, ‘I was able to indicate on my paperwork that I was, I would be quite prepared to meet any offspring in the future. You were asked that question, would you be prepared to meet them.’

Over the years, Roger kept in touch with the donation clinic and was informed that he had five offspring.

‘There was something of an informality about it. At that time, the way the clinics operated, they had so few donors and they’d get to know, I mean, I knew the people, the clinicians in the laboratory very well.

His mother gave him the file, if you like, for his 18th birthday.

And so, I just asked them and the lady that ran the clinic, she just wrote, just a hand written note,’ he said.

In the mid 1990s, Roger had a chance to make himself known to his donor offspring.

Roger was contacted by the Victorian Assisted Reproductive Treatment Authority (‘VARTA’) asking him to join a register of donors:

‘Back in the mid 90s, the Victorian Assisted Reproductive Treatment Authority who was the agency that looks after all the registers in this area, they published or put together what they call a voluntary register. 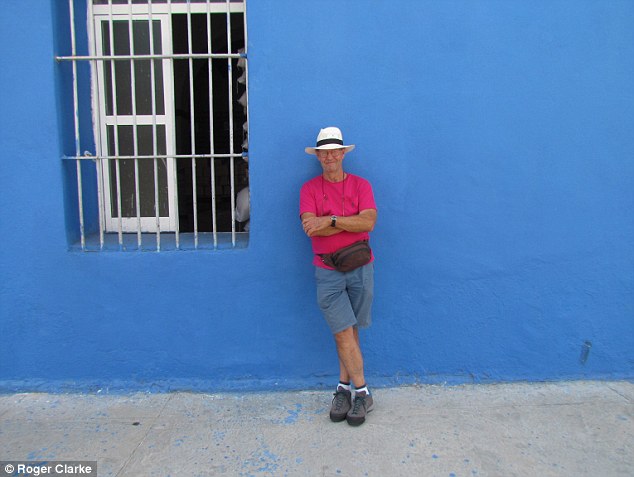 Roger continues to explore his relationship with his two offspring that he has met. ‘And it’s interesting, we still keep discussing the things we have in common,’ he said

That is, if you are prepared to meet offspring, put your name on this, so that if they contact us, we’ll flick through the register, see if they’re there and you’d have the chance to have contact. And that’s what I did,’ he said.

‘They act as intermediaries and they make sure that both parties are happy to meet and then they organise the way to do it,’ Roger said.

Roger told FEMAIL about how he met two of his offspring, one female and one male, both aged 27 and born 12 days apart.

‘That would’ve been, just thinking now, it was about eight years ago, and so I met the young fellow,’ he said, ‘He always wanted to meet me and he put an application in just after his 18th birthday which was the age at which he was allowed to apply,’ he said.

You wonder about those five, you wonder what sort of lives they’ve led. You wonder if they may ever be interested to contact you.

‘His mother gave him the file, if you like, for his 18th birthday. He hot footed it into VARTA and put an application on their desk, that day virtually.’

Roger said that when his male offspring contacted him, the reaction from his wife and two adult daughters was ‘amazement’.

From the time of donation to when he finally met his two offspring, Roger reflects:

‘This was one of those things that crosses your mind from time to time. You wonder about those five, you wonder what sort of lives they’ve led. You wonder if they may ever be interested to contact you. And then suddenly, they do,’ he said.

Roger has a strong relationship with his two offspring and said ‘there are so many likenesses’.

When Roger met his male offspring for the first time, he said he was the image of what he looked like when he was 18.

He shared about the pair’s adventures since.

‘We keep in touch via email all the time, with photographs and stuff,’ Roger said.

‘We still keep discussing the things we have in common,’ he said.