The Spice Girls have announced four NEW dates for their reunion tour.

Tickets went on sale for the girls highly-anticipated Spice World tour on Saturday morning, with the iconic girlband delighting fans by adding two new dates in Manchester and London.

They will now perform extra nights at both Manchester’s Etihad Stadium and Wembley Stadium due to ‘phenomenal demand’ – however fans were left disgruntled as they claim Ticketmaster’s site kept crashing as they tried to purchase.

Exciting! The Spice Girls have announced two NEW dates for their reunion tour in Manchester and London due to ‘phenomenal demand’

Emma Bunton, Geri Halliwell, Melanie Chisholm (Mel C) and Melanie Brown (Mel B) will come together as a four-piece, without Victoria Beckham as the Spice Girls hit the road next year in 2019.

The girls originally sent fans into overdrive by announcing their plans for a six-date stadium tour, concluding at London’s Wembley Stadium on 15 June.

As tickets officially went on sale on Saturday morning, huge demand has seen the Spice Girls release four new dates. Two extra dates have been added in Manchester on 29 and 31 May, while the Spice Girls will now perform on 13 and 14 June in Wembley too.

Not wanting anyone to miss out, an excited Geri revealed on Instagram: ‘IT’S SELLING FAST. NEW DATES ADDED!!’ 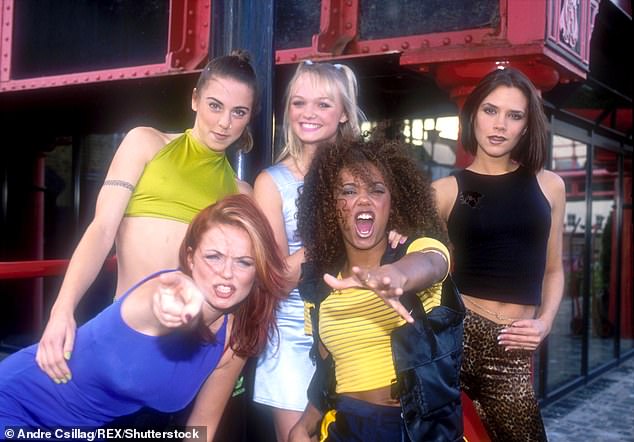 Exciting! Emma Bunton, Geri Halliwell, Mel C and Mel Bwill come together as a four-piece, without Victoria Beckham as the Spice Girls hit the road next year in 2019

An official poster for the Spice World 2019 tour revealed that due to ‘phenomenal demand’ extra dates have now been added.

The girls are set to perform across the UK at stadiums located in Manchester, Coventry, Sunderland, Edinburgh, Bristol and London.

They have been busy promoting their 2019 tour after announcing their reunion – much to the delight of fans – with reports claiming the girls will earn $2.8 million (£2.2m) apiece by the time their tour wraps up.

Victoria Beckham will be noticeably absent from the tour – after choosing not to reunite with the Spice Girls as she remains focused on her fashion business.

According to Ticketmaster, the Spice Girls are selling VIP tickets to their shows for a huge £295. The pricey sum will get fans the best seats in the house, with some souvenir gifts thrown in for good measure – but the price excludes fees. 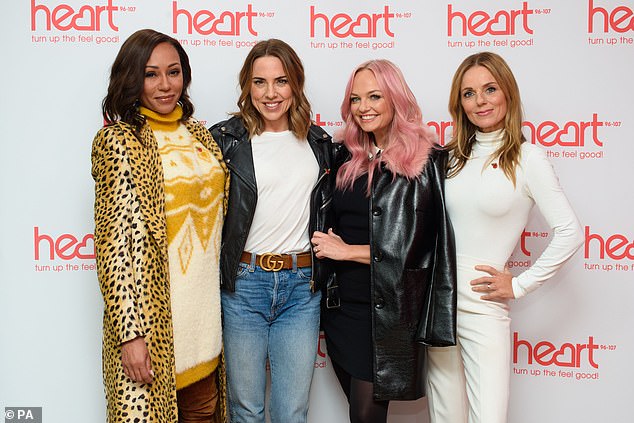 Back on the road: The girls are set to perform across the UK at stadiums located in Manchester, Coventry, Sunderland, Edinburgh, Bristol and London

It includes a seat in the Gold Circle at the front of the stage, a Spice Girls 2019 VIP tour laminate, an exclusive limited edition Girl Power enamel pin badge. There’s also a VIP gift bag and a commemorative 2019 postcard set.

Other tickets can be picked up for £55 (with a £5 surcharge for the girlband’s London dates).

Mel B teased that Victoria will be joining them on their Wembley date, but her spokesperson has insisted she was just being playful.

The foursome were originally expected to net £10million each from the tour however it has now been reported that they would earn £2.2million.

According to TMZ, they will each make nearly £418,000 per show. Although they could potentially bring in more cash should the shows spur on a possible world tour and rake in up to £5m each.

Although fashion designer Victoria, 44, won’t be joining the girls on tour, she still took time out to release a statement on the exciting announcement. 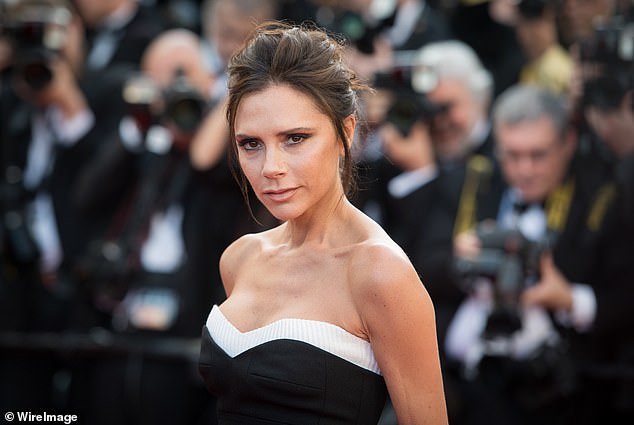 Absent: Victoria Beckham will be noticeably absent from the tour – after choosing not to reunite with the Spice Girls as she remains focused on her fashion business

Taking to Instagram, she said: ‘Being in the Spice Girls was a hugely important part of my life and I wish my girls so much love and fun as they go back on tour,’ said the mother-of-four.

‘I know they will put on an amazing show and the fantastic fans past and present are going to have a wonderful time!’

Mel C recently revealed during an interview with the Spice Girls on the Jonathan Ross Show that Victoria pointed out she was ‘never actually asked’ if she wanted to return to the girlband.

She explained: ‘Do you know what is actually quite funny… I saw Victoria recently and obviously we’ve all been in contact, she is still very much a part of the Spice Girls, she really supports us and we really support her.

‘But she did raise the point that she was never actually asked. We just presumed.’ 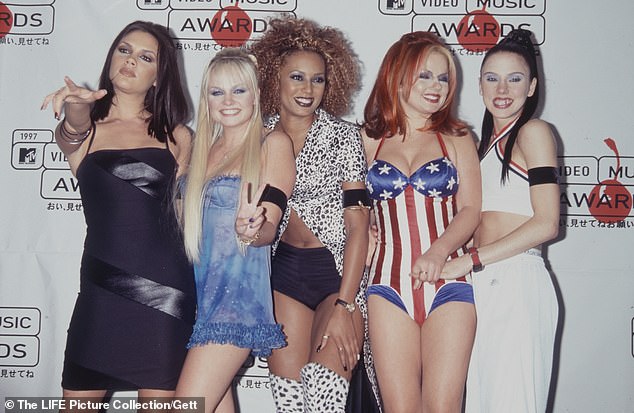 Much debate: Her decision not to join the reunion has led to much debate between the Spice Girls with Mel C claiming Victoria pointed out she was ‘never actually asked’

This caused an interjection from Emma, in disagreement to Mel, insisting that she was indeed asked.

‘She just didn’t want to do it… She was busy with her fashion and she has moved on.

‘The philosophy of us lot is that we are a band, on and off the stage and we care each other, we support each other and we support her and she has been a huge part of our lives and we care about her so it’s all good.’

Geri added: ‘I spoke to her two days ago, before the announcement, and she has said it for years that she just doesn’t want to do it anymore, so we knew that.’

Since the girls’ last reformation – 2012’s performance at the London Olympic Games closing ceremony – rumours have swirled about the band’s potential reformation for a full tour, sparking further whisperings that Victoria was never a fan of performing. 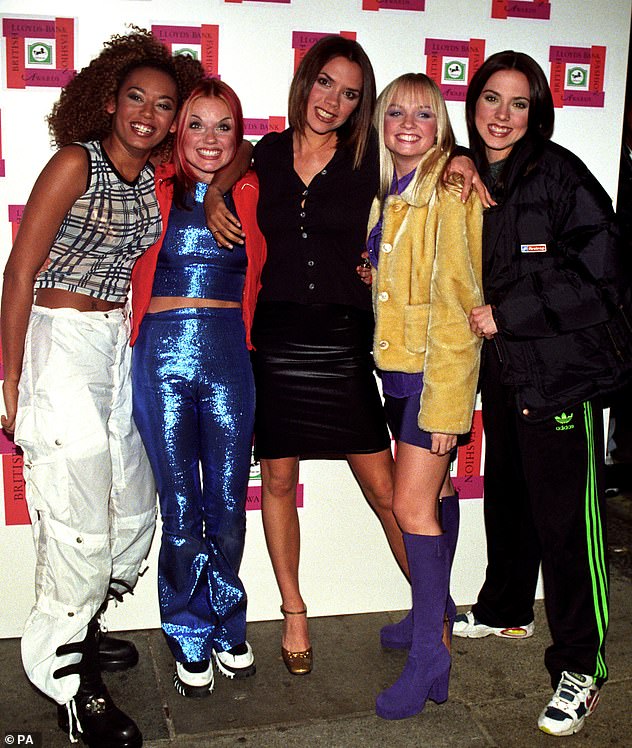 Back in their hey day: The Spice Girls shot to fame in the early ’90s and found themselves at the top of the charts in 37 countries with their debut single Wannabe, released in 1996 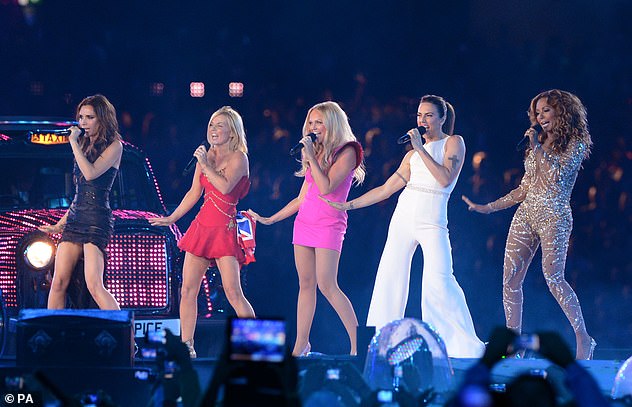 Memorable: Fans will no doubt remember the girls’ performance at the London 2012 Olympics closing ceremony, where they arrived into the arena stood on black taxis

Geri cleared this matter up when asked by Jonathan: ‘No, and you don’t want to make somebody do something they don’t want to do.’

The Spice Girls shot to fame in the early ’90s and found themselves at the top of the charts in 37 countries with their debut single Wannabe, released in 1996.

The band split in 2000, two years after Geri announced her departure from the band. They later reunited in 2007, delighting fans with their The Return Of The Spice Girls world tour, before performing at the London 2012 Olympics closing ceremony.

Since then, speculation has been rife that the girls will be re-forming, with rumours reaching fever pitch in 2016 – as it marked 20 years since the release of the girls’ first single.

THE SPICE GIRLS: How much is each of them worth? 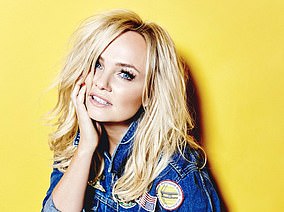 What’s she been up to? Emma released solo song What Took You So Long in 2001 and had seven top ten singles. She’s currently a co-hosts Heart FM’s Breakfast show alongside Jamie Theakston. She was revently announced as the host of the US version of hit reality TV culinary competition the Great British Bake Off.

Private life: Emma has been engaged to Jade Jones since 2011. They are parents to Tate, 11 and Beau, seven. 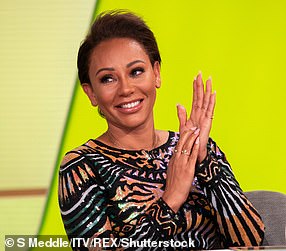 What’s she been up to? Since the Spice Girls first went their separate ways, Mel has carved out a TV career in the US, appearing as a judge on the hit NBC show America’s Got Talent alongside the likes of Heidi Klum and Howie Mandel. She has also made appearances on UK talk show Loose Women.

Private life: Her romantic life has been decidedly rocky, having endured divorces from backing dancer Jimmy Gulzar in 2000 and producer Stephen Belafonte earlier this year. She is the mother of three daughters, sharing Phoenix, 19, with Jimmy; Angel, 11, with ex Eddie Murphy, and seven-year-old Madison with Stephen. 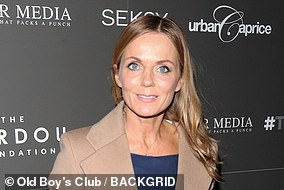 What’s she been up to? She released three hugely successful solo albums following her initial departure from the Spice Girls in 1999. Debut album Schizophrenic sold 3,000,000 worldwide. She has also become a Goodwill Ambassador for the United Nations Population Fund (UNFPA). Away from music she has also featured a guest judge on The X Factor, Australia’s Got Talent and Popstars: The Rivals.

Private life: Geri gave birth to daughter Bluebell Madonna, her only child with screenwriter Sasha Gevasi, in May 2006. In May 2015 she married Red Bull Formula One team Principal Christian Horner. The couple welcomed their first child, son Montague, in January 2017. Geri is also a stepmother to Christian’s daughter Olivia from a former relationship. 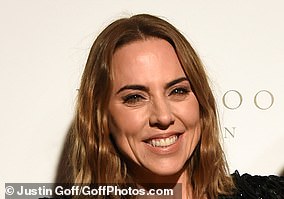 What’s she been up to? She sold 12 million solo albums worldwide with hits such as Never Be The Same Again and When You’re Gone with Bryan Adams. She also starred in Blood Brothers in the West End in 2013.

Private life: She was in a relationship with property developer Thomas Starr for ten years and she had daughter Scarlett, nine, with him. She is now dating her manager, Joe Marshall. 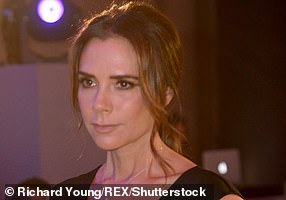 What’s she been up to? She has her eponymous fashion line which has been critically acclaimed. In April she was awarded an OBE by Buckingham Palace for services to fashion and charity work. She has also had four top ten UK solo hits.

Private life: VB is married to footballer David Beckham and they have four children together; Brooklyn, 19, Romeo, 16, and Cruz, 13, as well as a daughter, Harper, seven