Official Spice Girls T-shirts sold to raise money for Comic Relief’s ‘gender justice’ campaign were made in a Bangladesh factory where women earn 35p an hour, an investigation has found.

The shock figure was revealed by The Guardian which found the charity tops – bearing the message ‘#IWannaBeASpiceGirl’ – were produced by women expected to work up to 16 hours a day.

Money raised from the T-shirts, which cost £19.40, will be used to help ‘champion equality for women and girls here in the UK,’ according to Comic Relief.

Mel B, Geri Horner, Mel C and Emma Bunton (left to right) are seen posing in the £19.40 T-shirts which are being sold to raise money for Comic Relief’s ‘gender justice’ campaign

The charity also claimed that it has ‘been funding programmes tackling gender-based sexual and domestic violence and supporting women and girl’s empowerment since [it] began.’

So the news that those manufacturing these latest T-shirts are ‘harassed and verbally abused’ will come as a shock to the organisation which claims it wants ‘the elimination of violence and discrimination based on gender and sexuality.’

Dozens of celebrities have been spotted sporting the garments, including Jessie J, Holly Willoughby, Sam Smith and Jessica Ennis-Hill.

Uploading a picture of himself wearing the T-shirt on Instagram, Sam Smith said: ‘Everyone please please go and support the Spice Girls and their power up campaign with comic relief by purchasing one of these cute t shirts. It’s for a beautiful cause #iwannabeaspicegirl.’ 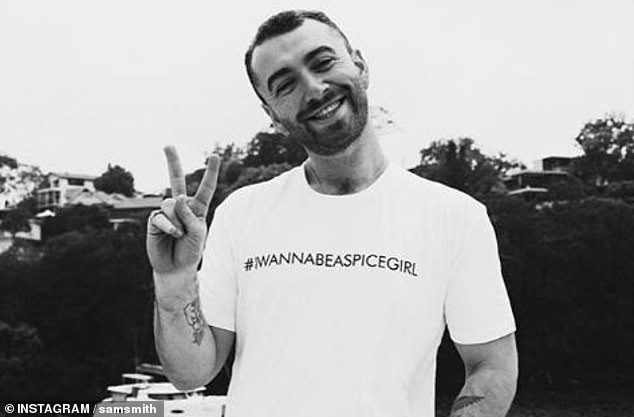 Uploading a picture of himself wearing the T-shirt on Instagram, Sam Smith said: ‘Everyone please please go and support the Spice Girls and their power up campaign with comic relief by purchasing one of these cute T-shirts’ 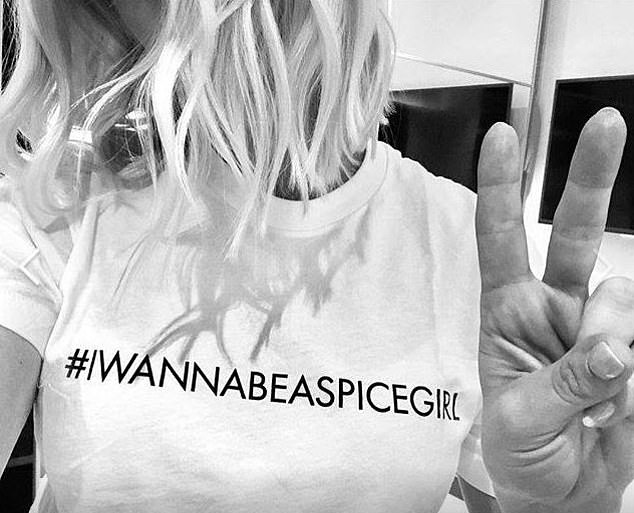 Holly Willoughby also uploaded a picture of herself wearing the T-shirt to Instagram, with the hashtag #iwannabeaspicegirl 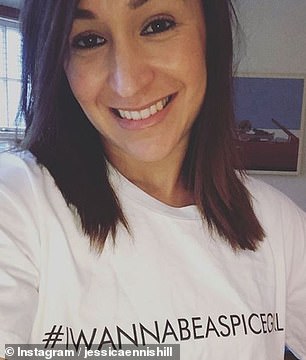 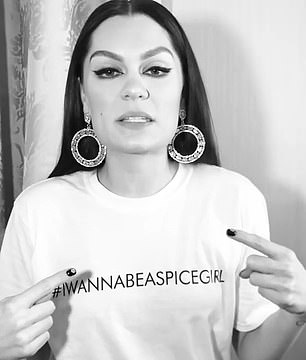 Jessie J and Jessica Ennis-Hill both uploaded pictures of themselves wearing the T-shirts. But the T-shirts have now been revealed to have been made in a factory where women are only paid 35p an hour

While both Willoughby and Ennis-Hill also uploaded pictures of themselves wearing the T-shirts to Instagram with the hashtag #iwannabeaspicegirl.

Both the Spice Girls and Comic Relief told The Guardian they were ‘shocked’ to hear about the conditions in the factory, and there is no suggestion they or the celebrities wearing the T-shirts knew of what was going on.

Represent, which was commissioned to produce the T-shirts, said it took ‘full responsibility’ for using the manufacturer behind the garment.

While the company that owns the factory, Interstoff Apparels, used to make the T-shirts said it would conduct an investigation but said the claims were ‘not true.’

The factory had been employed by the Belgian brand Stanley/Stella to produce the T-shirts and a spokesman told The Guardian it would be investigating the findings. 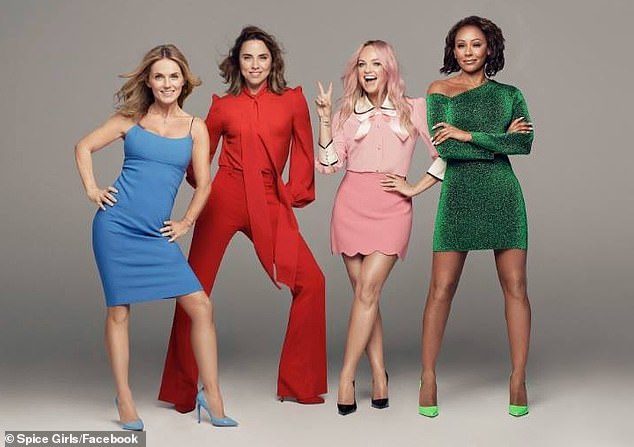 When five become four: (L-R) Geri Horner, Mel C, Emma Bunton and Mel B have finally announced that they’re reuniting for a six-date UK tour next summer. But they’ll be hitting the road without their bandmate Victoria Beckham

While Comic Relief has made assurances it was unaware the specific factory had been used, saying: ‘To be very clear, both Comic Relief and the Spice Girls carried out ethical sourcing checks on the supplier Represent told us they would be using for production of the T-shirts.

‘Represent then switched the supplier to Stanley/ Stella, who used the factory where this alleged mistreatment occurred, without telling either the Spice Girls or Comic Relief.

‘Represent have acknowledged this in their statement and have taken full responsibility for the selection of Stanley/Stella without our knowledge. We have requested an independent investigation of the factory.’

The Spice Girls said it would now be asking Represent to ‘donate their profits from this initiative to localised campaigns in Bangladesh.’

And said it would ‘personally fund an independent investigation into the working conditions of this factory.’

The news comes as the Spice Girls announced they would no longer be singing and dancing under the banner of ‘Girl Power’ anymore.

Instead they would be using the slogan ‘People Power’, a move which Buton told The Sun was ‘about equality and bringing everyone together.’