The host of a popular quiz show has come under fire from his ABC colleagues and viewers after he made a tasteless’ joke about the murder of The Beatles’ John Lennon.

The ABC celebrated the return of its popular music show Spicks and Specks on Sunday night, with comedian Adam Hills returning to host.

But its return sparked a divided response from viewers as ABC News Breakfast host Michael Rowland took aim at a joke made by Hills about Lennon’s shooting death.

The faux pas unfolded after the two teams were asked to name the famous band the characters from the 1967 Disney film The Jungle Book were based on. Comedian Rhys Nicholson correctly guessed The Beatles.

‘I think they were meant to do it, and kind of last minute, there was a little bit, like, either whether it was publishing or money problems and they refused to do it in the end – have I made that up?’ Nicholson asked the host.

Hills said there were many stories as to why The Beatles didn’t do the movie, joking: ‘One was the scheduling, another was that John Lennon reportedly refused to work on animated films.

‘But he did appear in live action films. So ironically, he preferred to be shot in real life.’

Lennon, 40, died on December 8, 1980 after he was shot four times in the back by Mark David Chapman in the archway of the singer’s New York home The Dakota.

Nicholson was seen cringing with his head in his hands as several other contestants and the audience laughed awkwardly.

Rowland was among the many viewers who weren’t amused.

Many other viewers agreed.

Others called for Hills to be pulled off-air. 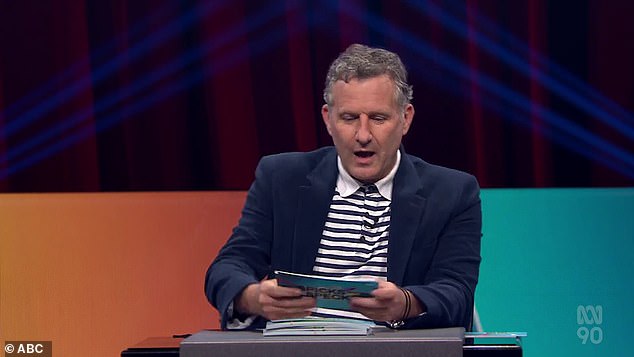 ‘Ban Adam Hills. Tired of his jingoistic gags, poor taste jokes. He’s bloody on every night on ABC and yet the ads and intro keep saying he’s back. He never bloody left. What’s with the team captain BS? Hasn’t Australia had enough of “Hillsey”?’ one tweeted.

Was the host’s joke about John Lennon’s death in bad taste?

But some fans jumped to Hills’ defence.

Another added: ‘People love to reflect on Aussie larakinism….until they hear it, then they whinge and feel offended.’

Chapman was sentenced to 20 years to life over the murder of Lennon.

He’s been imprisoned ever since and has been denied parole 10 times since he became eligible in 2000.

The series return of Spicks and Specks was the first of 10 new episodes and features a new game called ‘The Secret Song’.

‘As the Australian live music scene slowly gets back on its feet, we wanna give it a leg up by showcasing some of the best new musicians Australia has to offer (as well as a couple of legends thrown in for good measure),’ Hills said before the first episode aired.

‘Of course, we’ll do it all with some of the best comedians in the country. Spicks and Specks is a joy to make, and this series felt like one of our best.’ 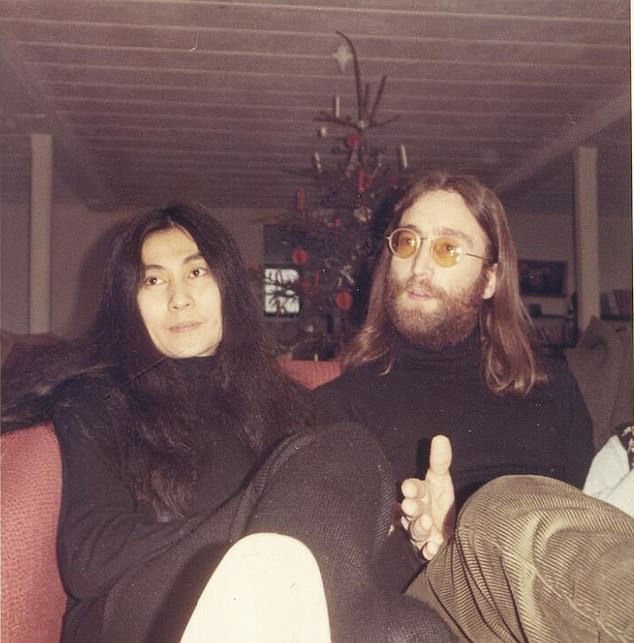