Swarms of Spitfires flew by as RAF parachutists marked the skies with dramatic trails of red, white and blue for the Duxford Battle of Britain Air Show.

Thousands of people descended on the Cambridgeshire airfield as air crews recreated its finest hour defending Great Britain from aerial attack during the Second World War.

Duxford was an important wartime fighter station, built in 1917 as the First World War raged on and played a key role in the D-Day landings during the Second World War.

History was recreated as Second World War planes took to the skies over Duxton’s Imperial War Museum in Cambridgeshire yesterday for the Battle of Britain Air Show 2017. Pictured are a set of Hawker Hurricanes 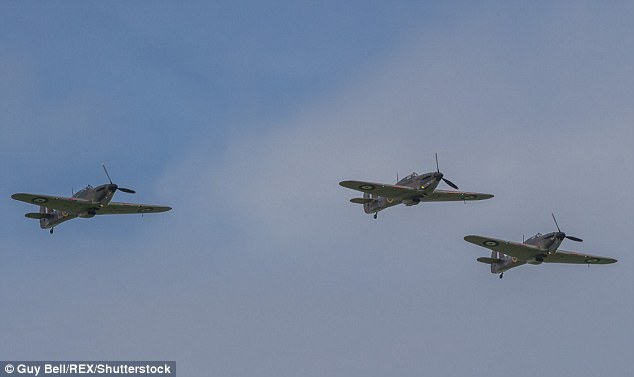 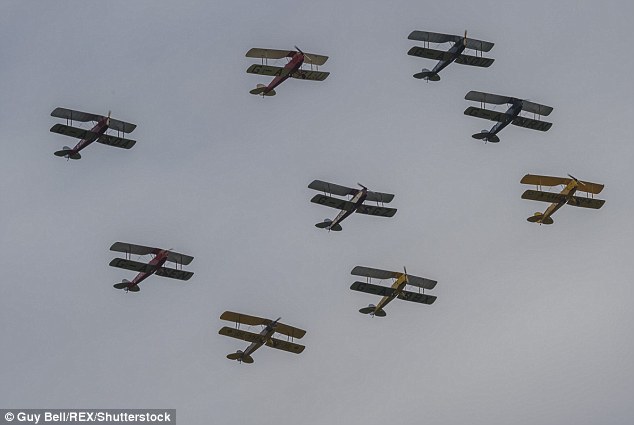 Over 40 aircraft took to the skies over Duxford’s Imperial War Museum yesterday, including a mass flypast of 12 Spitfires.

As the action got underway at 1pm, crowds were treated to a formation display by the RAF Falcons Parachute Display Team.

The expert airmen glided in formation before darting off in different directions to fill the skies with red, white and blue smoke.

Six Hawker Hurricanes and a Seafire were the main centrepiece as they tore across the sky. 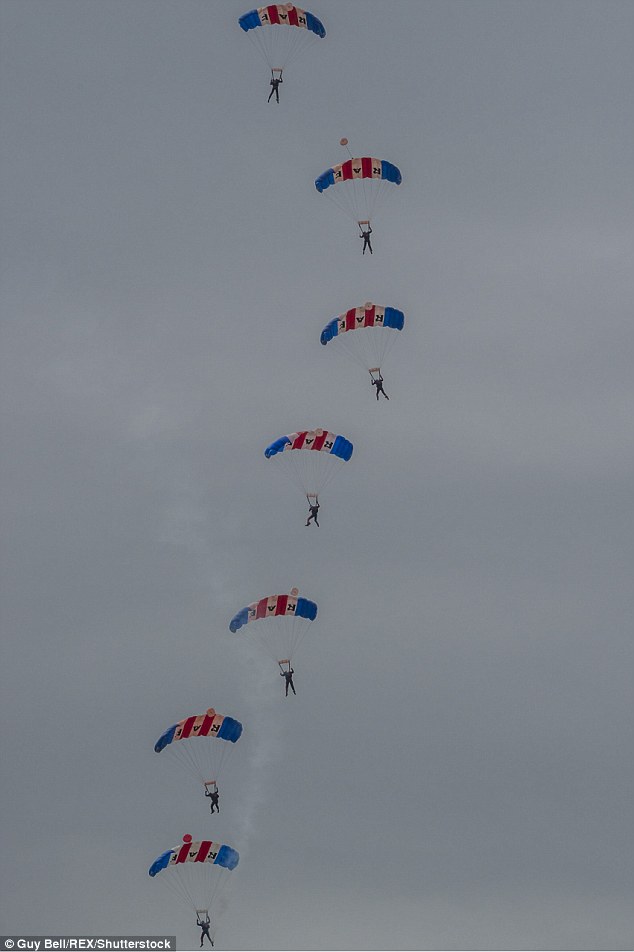 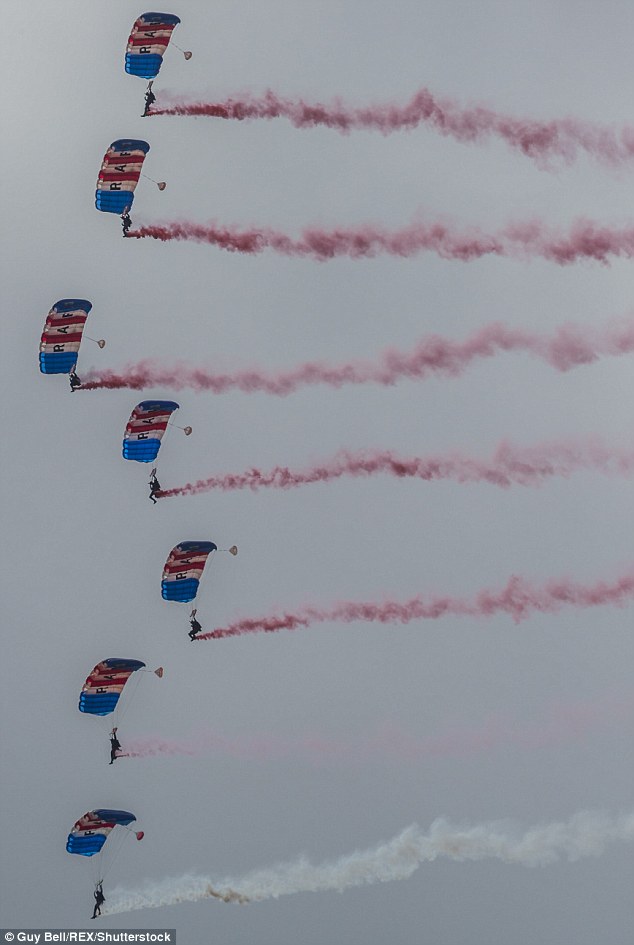 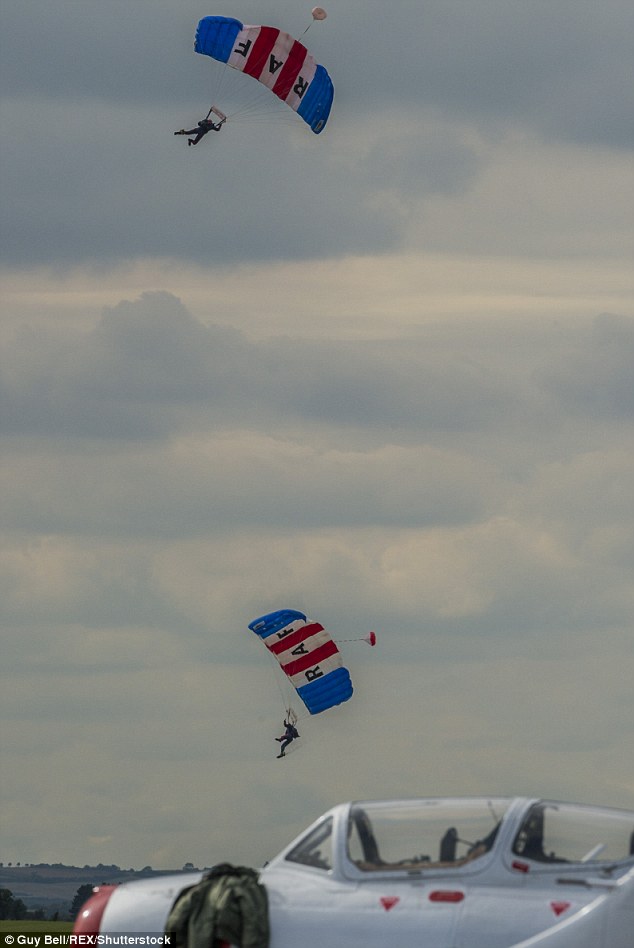 Staff were dressed in Second World War era costumes, interacting with visitors to bring the site’s wartime history back to life.

A home front village was also created to add to the atmosphere.

Spectators travelled far and wide to be at the airshow, which continues today.

Trevor and Angela Owen came all the way from their home in Dorset to support their son Flight Lieutenant Simon Owen who plays a critical safety role for the Falcons. 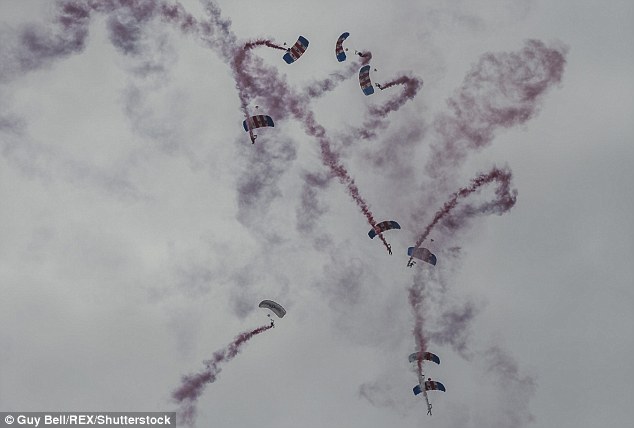 ‘Especially seeing people dressed up. It adds a special something to it.’

David and Cynthia Baldwin, from Ashby-de-la-Zouch, Leicestershire, took a three hour coach to get to the event. 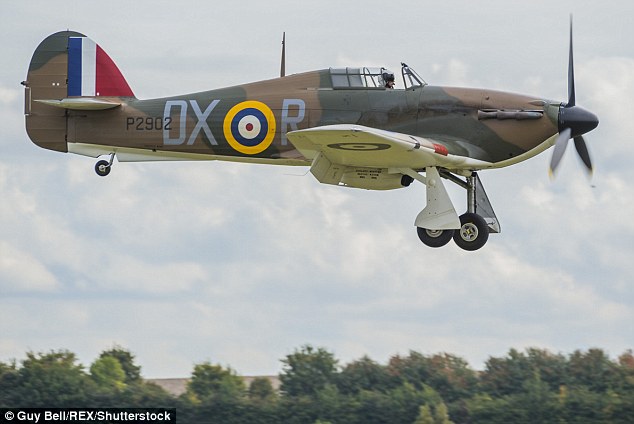 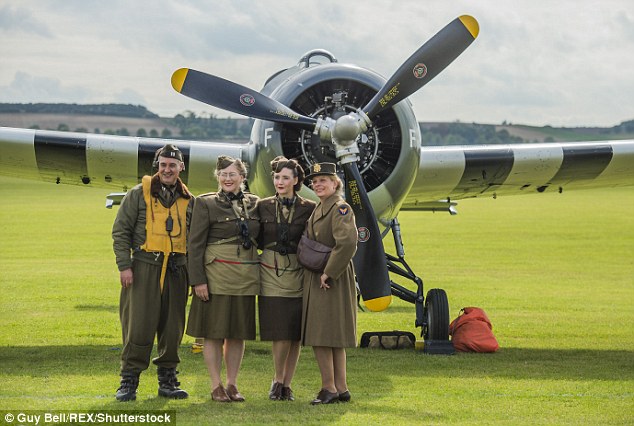 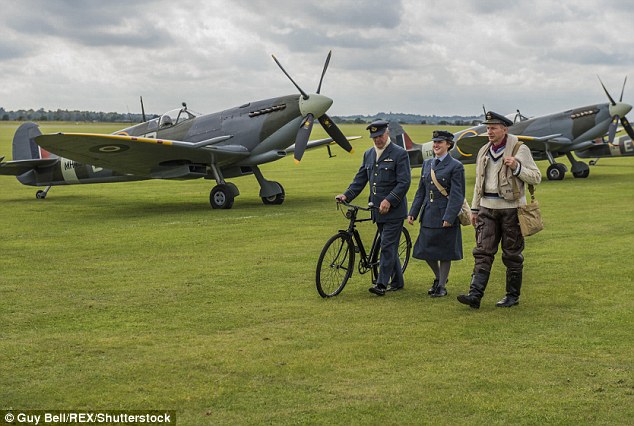 Vintage airplane enthusiast David told the newspaper: ‘I’ve always been interested in aviation history. We’ve never been to an air show. All my favourite planes are here.

‘I’m looking forward to the Tri-planes and the Gloster Gladiator. I’m absolutely over the moon. There’s more planes that what I’d have thought.

‘This is meat and drink to me. We’ve seen it on the television but never in real life.’

The day ended with a flypast of a Bristol Blenheim, two Gloster Gladiators, two formations of Hurricanes and one of the Mark I Supermarine Spitfires. 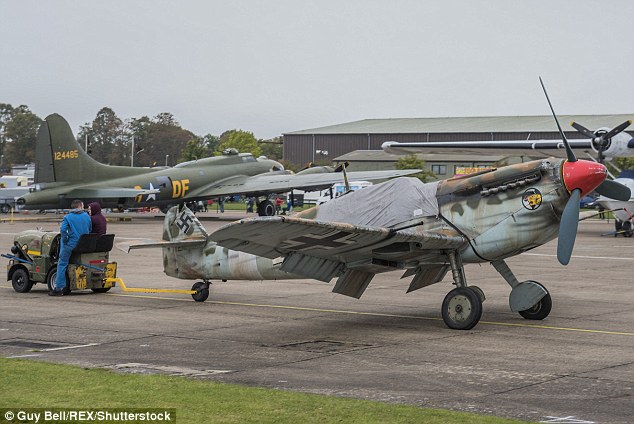 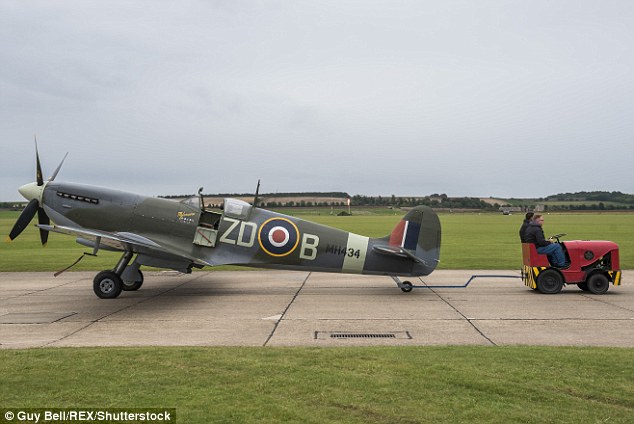 A Supermarine Spitfire is pictured ready for action at the Battle of Britain Air Show in Duxford, Cambridgeshire. The fighter station played a key part in defending Great Britain from aerial attack during the Second World War 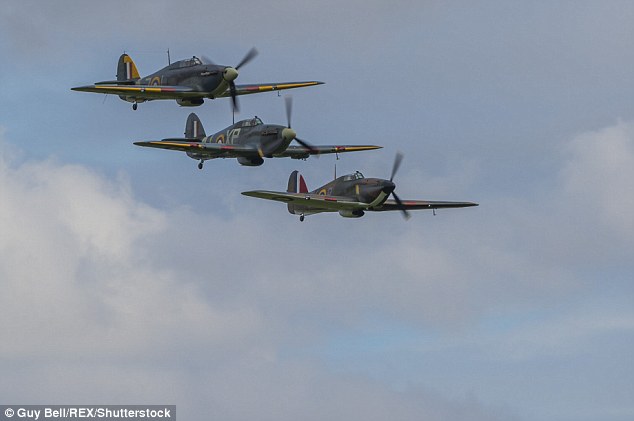 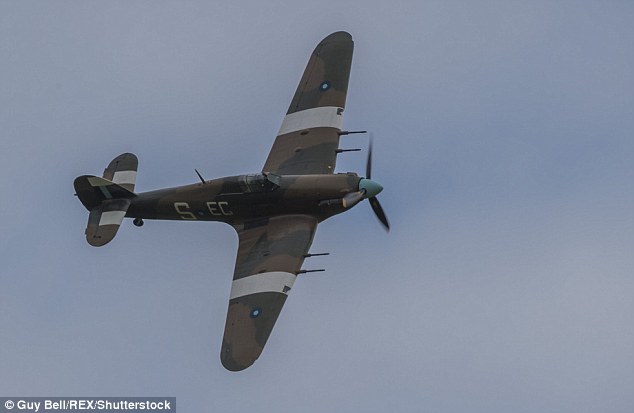 Yesterday’s Battle of Britain memorial flight, which included an Avro Lancaster B1, a Supermarine Spitfire and a Hawker Hurricane (pictured)