By Sam Mcevoy For Mailonline and Afp Reporter

Sporting Lisbon’s 19-year wait for a Portuguese league title is finally over after they beat relegation-threatened Boavista 1-0 on Tuesday to pip Porto and Benfica to top spot.

It is Sporting’s first league title since 2002, with the Portuguese league mainly being dominated by Porto and Benfica. Porto had won 11 titles and Benfica seven since Sporting last lifted the trophy 19 years ago.

Paulinho scored the title-winning goal for the Lions in the 36th minute, hitting the top of the net from close range after a low cross into the area, sparking scenes of pandemonium across the country’s capital. 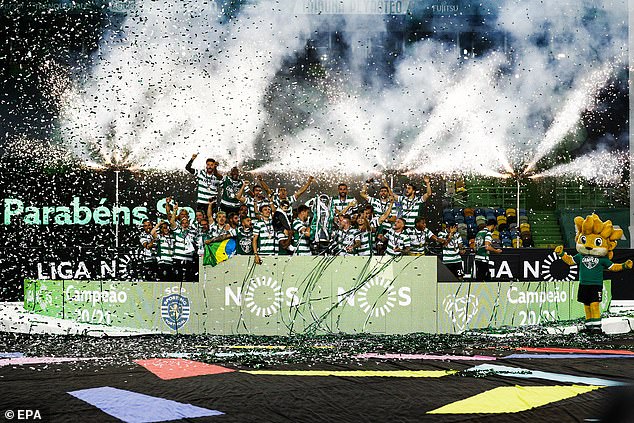 The victory left a currently unbeaten Sporting eight points ahead of second-place Porto with two games left to play. Benfica, who beat last-place Nacional de Madeira 3-1 earlier on Tuesday, are 12 points behind in third place.

Sporting supporters bearing the club’s green and white colours took to the streets to celebrate wrapping up the title, waving flags while chanting ‘champions’ in unison.

Police had warned fans not to congregate in the street and obey social distancing guidelines if they were to celebrate in and around the Alvalade Stadium.

However, while many peacefully celebrated the title win, small groups of Sporting fans were involved in clashes with police, marring what was supposed to be a joyous occasions for those fans involved.

Sporting’s title comes three years after the club endured one of the worst crises in club history when dozens of fans with their faces covered forced their way into the team’s training complex and assaulted players and staff. 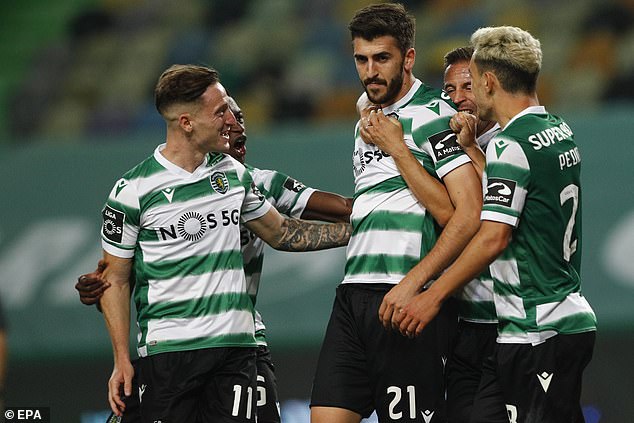 The shocking attack, which attracted worldwide headlines, came after Sporting missed out on a Champions League berth, which compounded ongoing internal disputes involving players, club directors and its controversial president at the time.

No fans were allowed inside of Sporting’s Alvalade Stadium but thousands of supporters had gathered across the city of Lisbon in hopes of being able to celebrate the much-anticipated title.

Sporting could have clinched the title on Monday had Porto lost points against second-to-last-place Farense, but they won 5-1 at home.

Sporting had to play most of the match without defender Pedro Porro, who recently was called up for Spain’s national team for the first time. The right back got injured less than 20 minutes into the match. 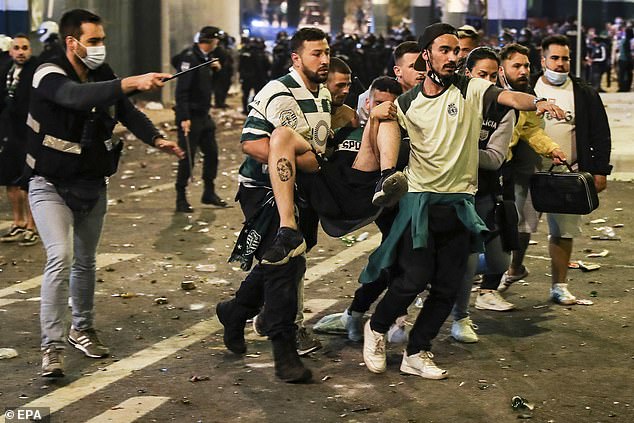 However, fan celebrations on the streets of Lisbon were marred by clashes with police 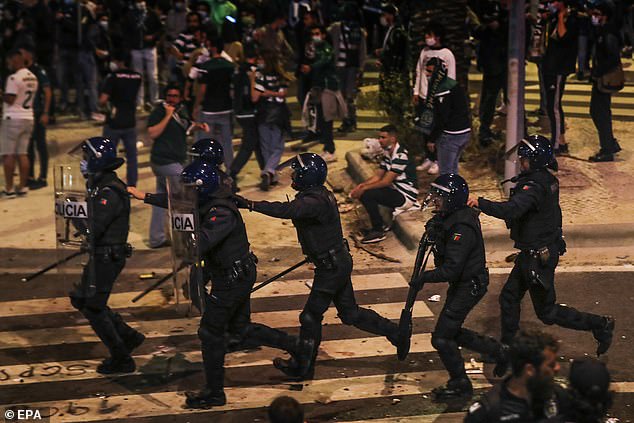 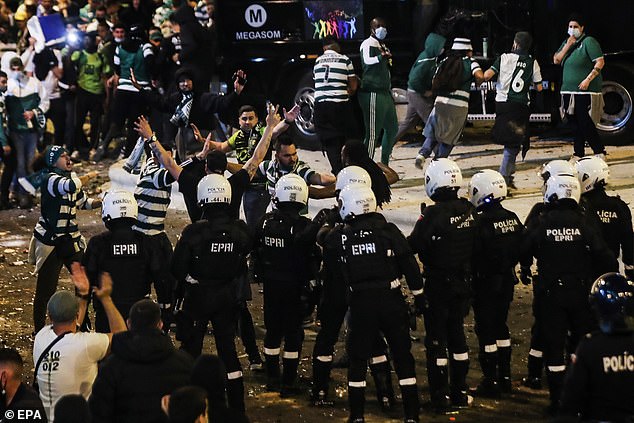 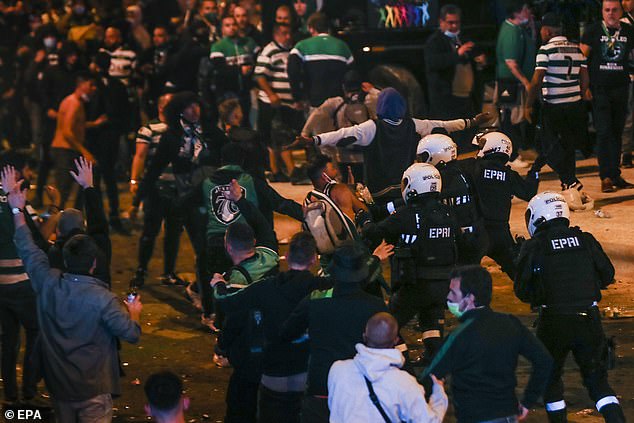