Sportsmail picks our best team of the Euro 2020 last 16

Football fans got their first taste of knockout football in the round of 16 at Euro 2020, which provided plenty of goals, drama and almighty upsets.

While many thought Spain’s eight-goal thriller with Croatia wouldn’t be topped, France were on the wrong end of a penalty shootout following their 3-3 draw with Switzerland just hours later.

England managed to banish demons of past generations to send old rivals Germany crashing out of the tournament, while impressive wins for Belgium and Italy mean they will meet in the last eight.

Here, Sportsmail has picked our team of the Euro 2020 last 16 and also selected five substitutes who just missed the cut.

With four clean sheets from four, Jordan Pickford is a sure-fire pick for this team.

His most recent clean sheet against Germany was the most impressive of the lot, which saw him deny Chelsea duo Kai Havertz and Timo Werner from breaking the deadlock.

The concerns over England’s No 1 heading into he tournament have been unfounded and he’s looking cool, calm and collected in between the sticks for his country.

The Three Lions will need him to continue to stand tall if they are to go all the way in this tournament. 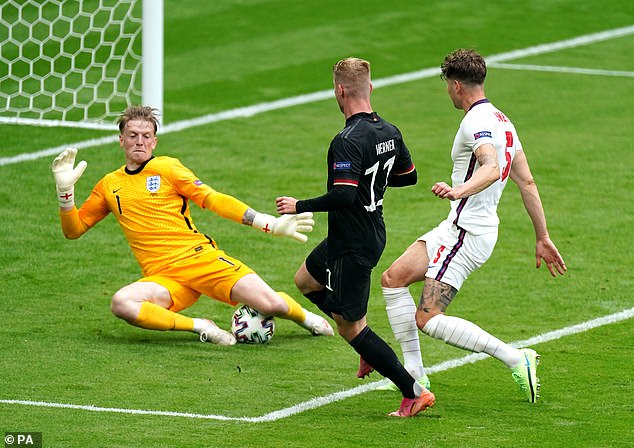 The Chelsea captain is the experienced head Spain need at the back with Sergio Ramos not in the squad and he is more than justifying his call up by Luis Enrique.

He scored a towering header to make it 2-1 in the second half, turning the game on its head following Unai Simon’s howler in the first 45 minutes.

And while the Spanish did throw away a 3-1 lead against Croatia, which saw Luka Modric and Co pull it back to 3-3 in the last five minutes of normal time, Azpilicueta marshalled his backline in extra time and made sure their heads didn’t drop while Croatia had the momentum.

Few Spain players deserve to be in the quarter-finals more than the so often overlooked Blues defender. 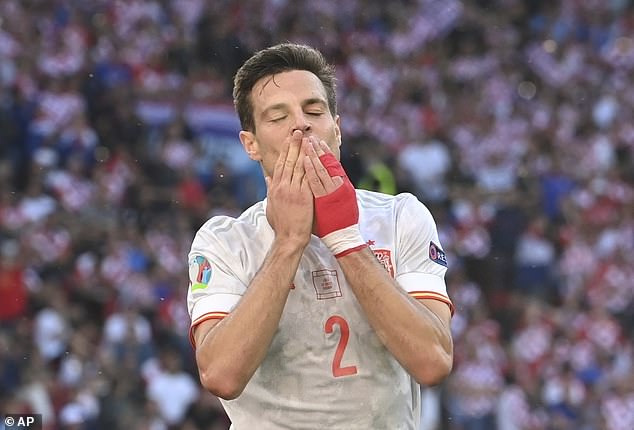 The Danish skipper has shown just about everybody at this summer’s tournament how much of a leader he is both on and off the pitch.

He was instrumental in helping save Christian Eriksen’s life following his horrific cardiac arrest and has played a key role in helping the Danes reach the quarter-finals.

He was a rock at the back against Wales, helping nullify the threat of Gareth Bale and Aaron Ramsey before keeping a clean sheet in their emphatic 4-0 win in Amsterdam.

And should he keep up his consistent performance, there’s a real chance that he could guide Denmark to the tournament’s final in over a week’s time. 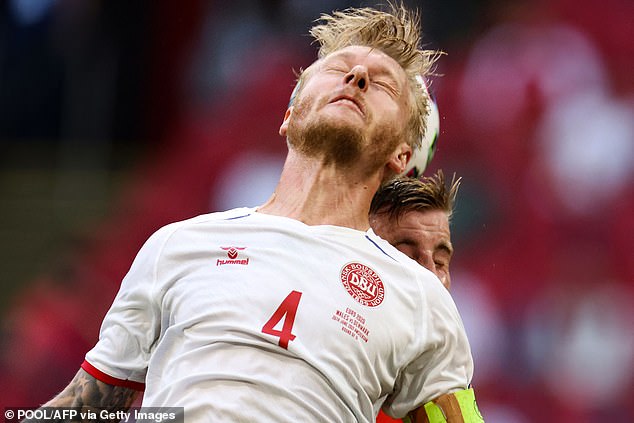 Talking of imperious defensive performances, Harry Maguire fully deserved his Man of the Match award against Germany, while many have argued Raheem Sterling should’ve won it.

In fact, England had a number of star performers on Tuesday against Joachim Low’s side but Maguire was all that more impressive considering he hadn’t played football for seven weeks building up to the Euros.

With just 90 minutes under his belt against the Czechs, Maguire put in a heroic performance to deny Havertz, Werner and Thomas Muller at Wembley, helping England keep their fourth clean sheet of the tournament.

While he did look off the pace towards the end, he resolutely stuck in there and saw out the game before conducting a lap of honour in front of a raucous Wembley crowd. 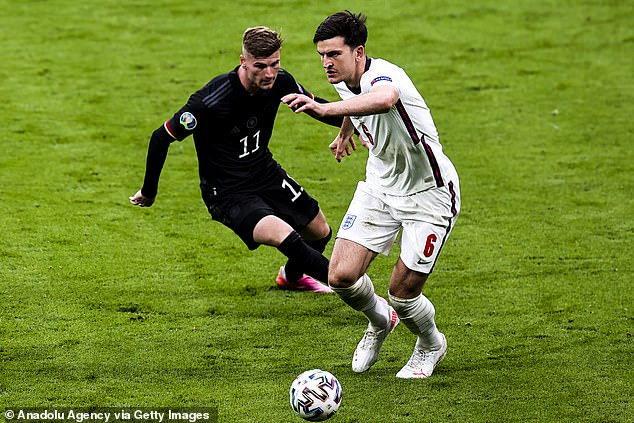 He only played a bit-part role for West Ham last season but has taken the Ukraine captaincy in his stride.

Against Sweden, he was a constant threat down the right win and up front for Ukraine and pulled off an outrageous pass to Oleksandr Zinchenko for their first goal.

Picking up the ball out wide, he waited for the opportune moment to intelligently flick a cross towards the back post and bring his left wing back into play and score the opener.

He, and Zinchenko, will be the two main men England will need to keep their eye on if they are to make it past the last eight. 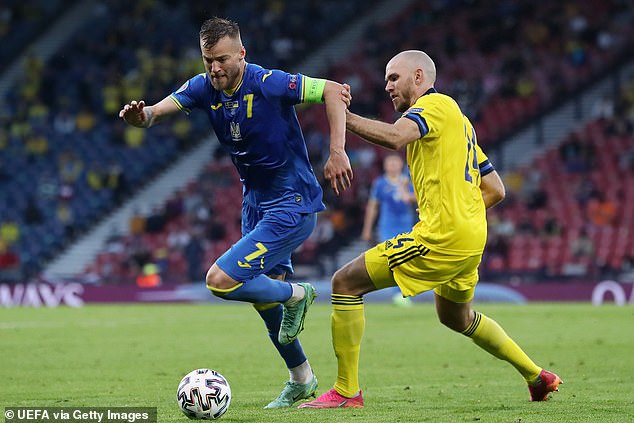 Like Yarmolenko, Xhaka becomes a different player when he pulls on his national team’s shirt.

The controversial midfielder, who infamously fell out with his own fans at Arsenal before losing the captaincy as a result, is a figurehead for the Swiss and the architect of France’s downfall on Monday.

While the French were completely off the pace in the first half and were shambolic at times, Xhaka made sure that the Swiss took advantage and they did just that by scoring the opening goal after 15 minutes.

Karim Benzema’s brace and a superb strike from Paul Pogba should’ve won it for France but Xhaka harassed and harried from midfield before they forced extra time and penalties with two late goals in normal time. 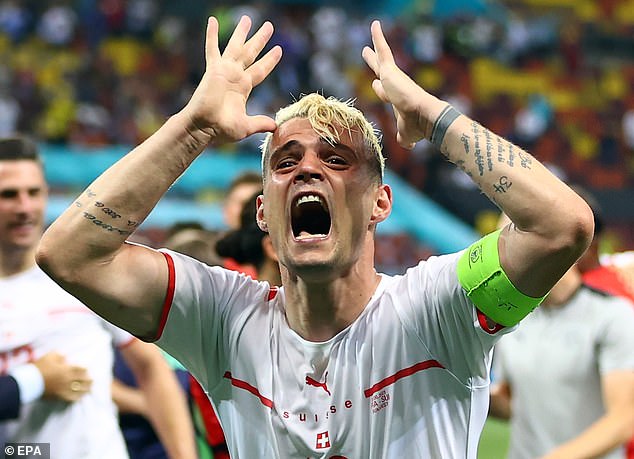 After France and Germany’s exits from the competition, it feels as if Czech Republic’s monumental achievement of knocking out Holland has somewhat flown under the radar.

Their 2-0 win in Budapest was the first shock of the last-16, with Holes popping up to score the opener to give the Czechs a deserved lead.

With a free-kick won near the corner flag, Holes was in the right place at the right time to head his country into the lead, popping up at the back post to power his header past three orange shirts massed on the goal line.

But it wasn’t just his goal that earned him a spot in this team. He superbly protected the back four behind him and made sure Memphis Depay, Donyell Malen and Gini Wijanldum were kept quiet throughout. 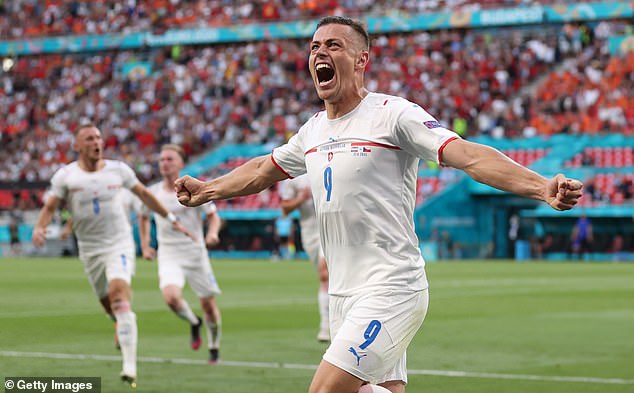 For the majority of his career, Thorgan Hazard has had to live in his older brother’s shadow while making a name for himself in Germany with Borussia Monchengladbach and Borussia Dortmund.

And while Eden may often steal the limelight more often than not given what’s achieved in the game, the spot-light was firmly on younger sibling Thorgan as he thumped Belgium into the quarter-finals.

With Roberto Martinez rocking his usual back-three, Thorgan was forced to defend most of the match as a left wing-back and he did it with real enthusiasm considering it is not his natural position.

But his crowning moment came just before the break, when he picked up the ball 25 yards out and smashed in a thumping effort past Rui Patricio – a goal worthy to win any game. 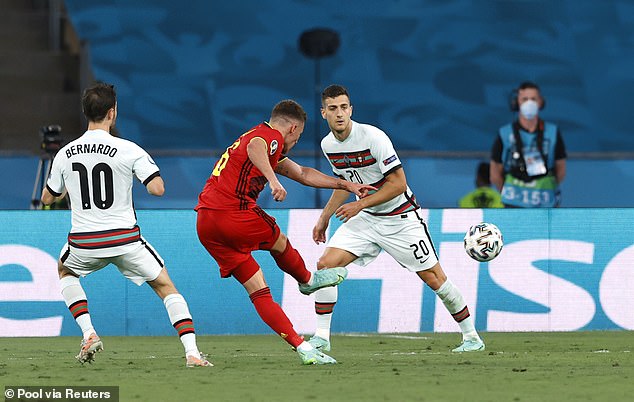 With three goals in four games, Raheem Sterling has put himself into the Golden Boot picture but it’s the importance of each goal is what is significant.

Against Croatia and the Czech Republic, his goals made sure England reached the last-16. His goal against Germany, it banished demons.

With 15 minutes left on the clock and the game still at 0-0, the thought of extra-time and penalties lingered on every England fan’s mind but Sterling made sure there was no more heartache against their old rivals by popping up with a poacher’s finish to send Wembley into bedlam.

And it wasn’t just his goal that made the difference. In a game that was lacking playmakers, Sterling was an absolute menace for Germany’s back-three while his winding runs and quick feet made him one of England’s biggest threats. Another standout display from the Brent-born winger. 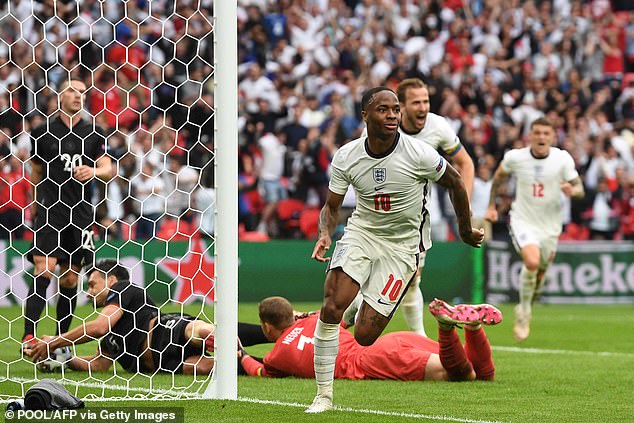 After enduring the week from hell from his own supporters, Morata showed the courage and character to silence his critics and guide Spain into the quarter-finals.

While he’s had a pretty woeful tournament thus far, that was absolutely no reason for him and his young family to receive vile death threats.

Many would have folded with the pressure mounting, especially when you consider he actually fluffed an header early on.

But that never stopped him, while he continued to demand the ball and hold it up for team-mates. Then when the moment of truth came he scored the goal of his career to give Spain a hold back on their passage to the quarter-finals that this time they did not let slip away. 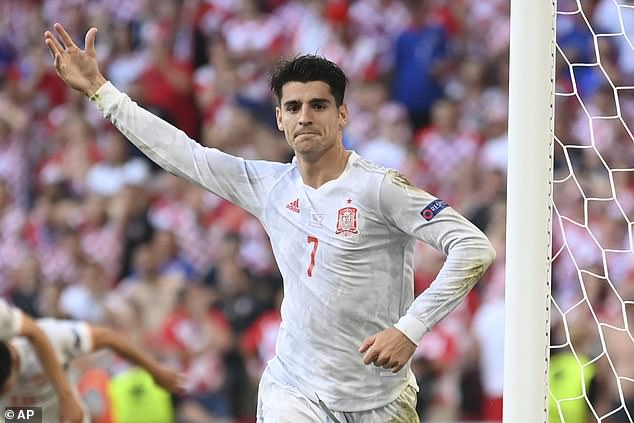 Xhaka put in a captain’s performance against France on Monday but Haris Seferovic’s two goals either side of half-time were just as integral to Switzerland’s heroic comeback.

After breaking the deadlock with a superb header after quarter of an hour, Seferovic timed his run to perfection once again to head past a hapless Hugo Lloris in goal to half France’s two-goal advantage.

His second came at the perfect time, with Switzerland given enough minutes to capitalise on their momentum and bring the game level in the final minute to force extra-time.

The rest, as they say, is history with Switzerland able to hold their nerve in the penalty shootout and set up a quarter-final clash with Spain. 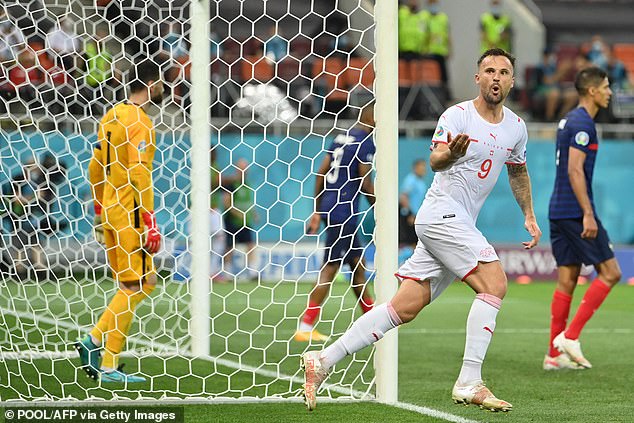 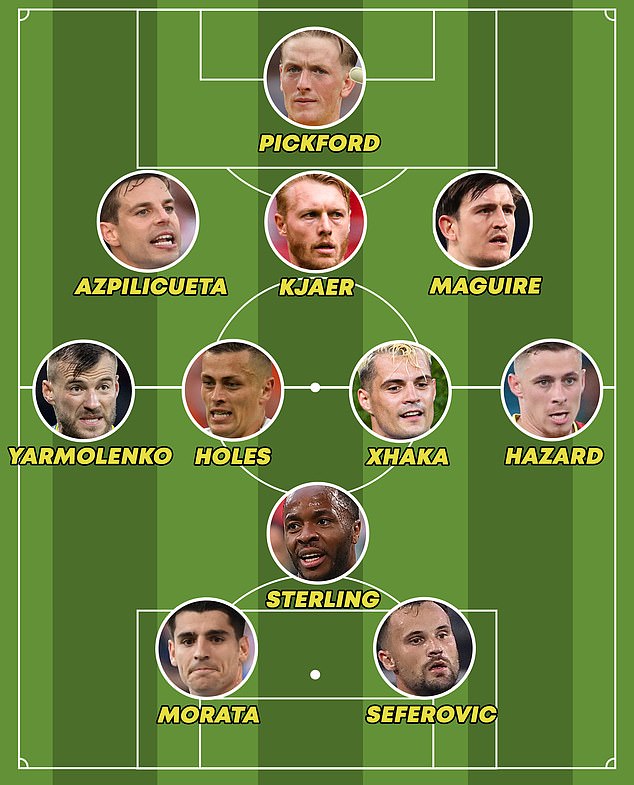 SUBS WHO JUST MISSED THE CUT

Scored a brace in the dismantling of Wales and has helped Denmark turn their slow start around at the Euros.

Scoring his fourth goal of the tournament in Czech Republic’s 2-0 win over Holland, Patrik Schick is just one off current Golden Boot top-scorer Cristiano Ronaldo on five goals.

Following a tough 90 minutes against Austria, Federico Chiesa came off the bench to score a goal his legendary father would’ve been proud of.

If he ended up on the winning side, Karim Benzema would’ve likely earned a spot in the starting XI. His first goal against Switzerland helped get France back in the game but his touch for the second was out of this world.

Nearly all of England’s players could’ve made the bench following their heroic performance against Germany but Bukayo Saka was electric against Low’s side. A constant threat and was always trying to make something happen.