A group of underage drinkers were given a ride they will never forget after being arrested and placed into prison bus in Okaloosa, Florida.

The photo shows that the majority of the fourteen arrested partygoers are smiling – proof that March madness doesn’t just happen on the basketball court but on the nation’s southern beaches, as teens and twenty-somethings go wild for a week.

Florida police aren’t messing around when it comes to adults drinking underage. This busload of revelers was picked up just after lunchtime on Monday.

It sounds as though it is going to be a long week for police in several states including Florida and Texas who clearly have their hands full as they try to ensure young people’s safety while preventing them from breaking the law.

‘Full bus of 14 #SpringBreak arrests by 2:40 PM today. We remind you we have #ZeroTolerance for underage drinking! 21 is the law -and it’s strictly enforced for your safety and the safety of those around you,’ the Okaloosa County Sheriff’s Department tweeted.

A group of 14 partygoers were arrested by police in Okaloosa, Florida after they were caught drinking alcohol underage

It’s a similar story further west along the coast in South Padre Island in Texas where the sleepy island community of just under 3,000 people is transformed as an estimated 100,000 college kids descend on its bars and beaches.

The result is a $30.5m payday, with bars and clubs raking in $2.8m in mixed beverage sales alone and the city enjoying a $1.44m windfall from a levy on hotel beds.

But as DailyMail.com’s exclusive photos show, it also means carnage on the sand with brawling, drugs and vomiting – not to mention arrests – all part of the party scene.

So crazy have the students’ antics become, authorities have to ship in extra police officers during March, tripling the local force, while a mobile 36-bed hospital, usually used by disaster response teams, has been set up.

Much of the revelry takes place on Rockstar Beach close to the Isla Grande hotel, where there are daily performances between 12pm and 6pm from artists such as Atlanta-based hip hop trio Migos. 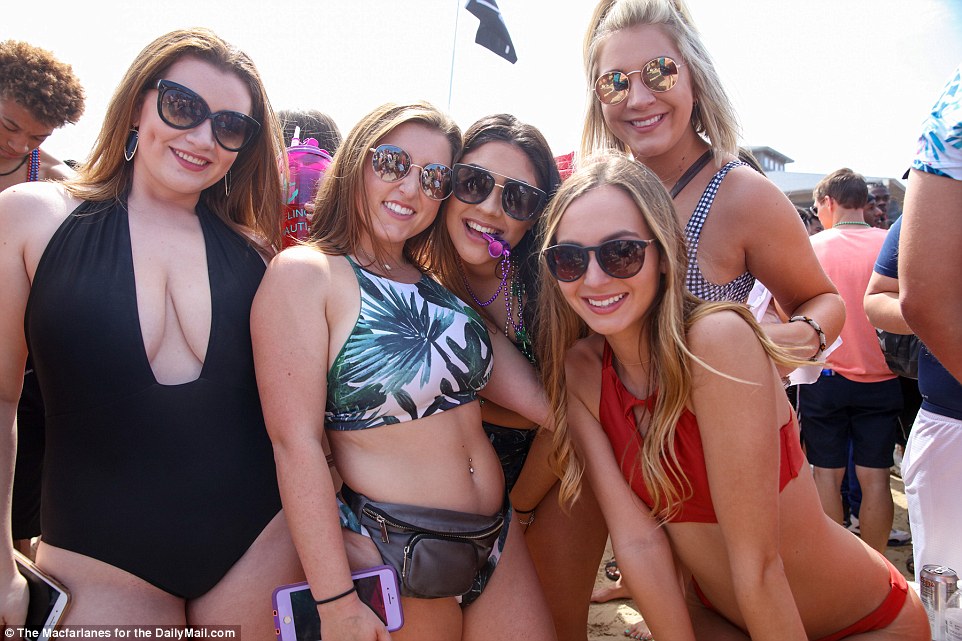 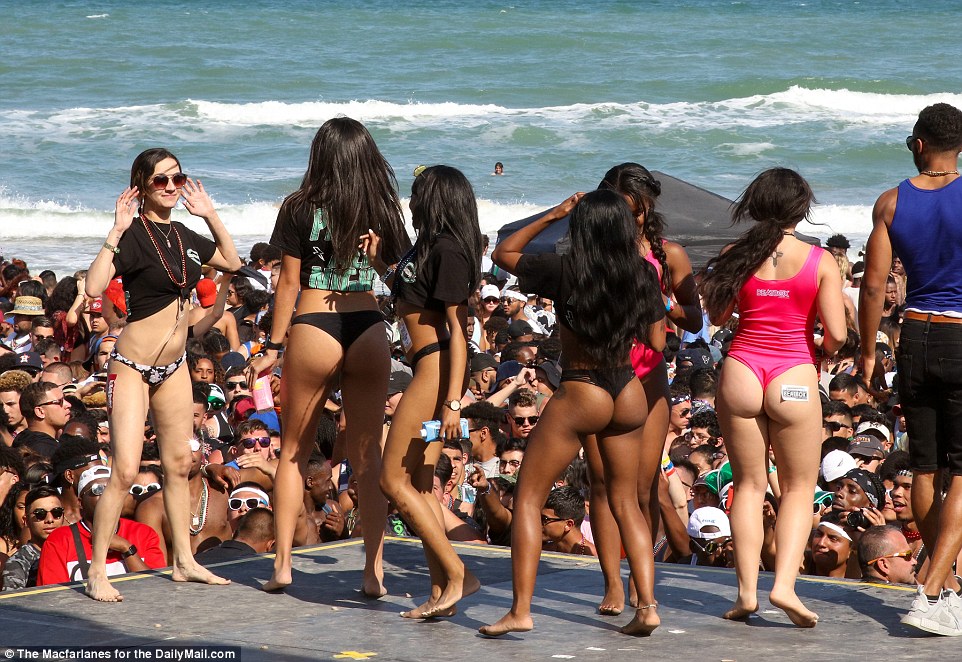 Party animals: The largest crowds were found at Clayton’s Beach Bar further up the sand, which throws free beach bashes for up to 10,000 revelers each day 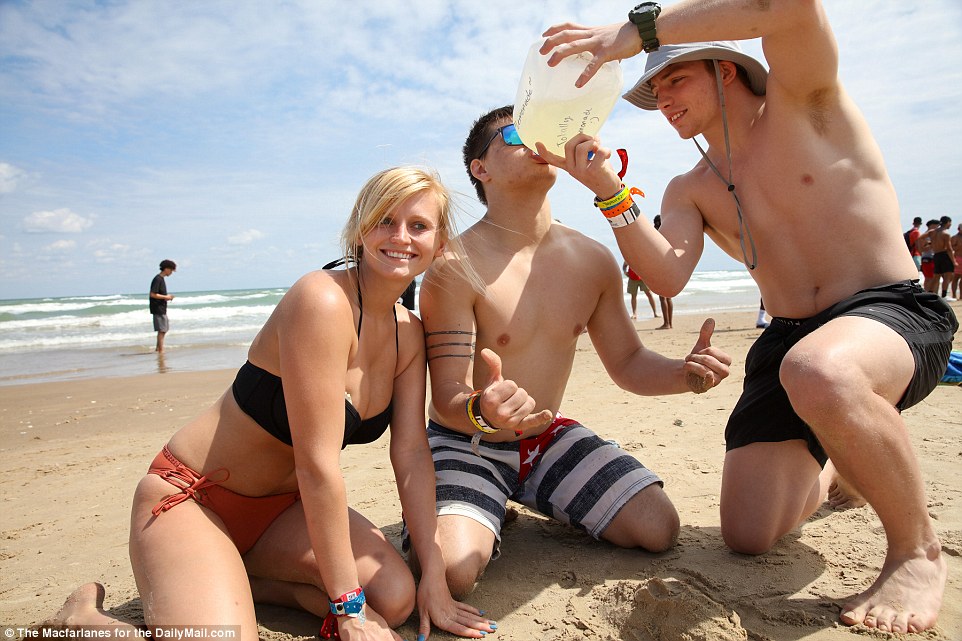 While Florida cities have cracked down on alcohol and coolers on the beach during Spring Break – there are no such restrictions in South Padre. Revelers on the beach brought along their own jugs of alcoholic concoctions 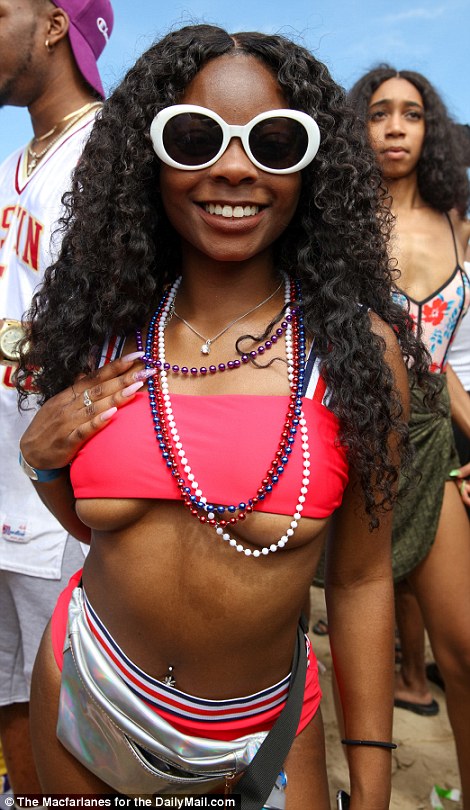 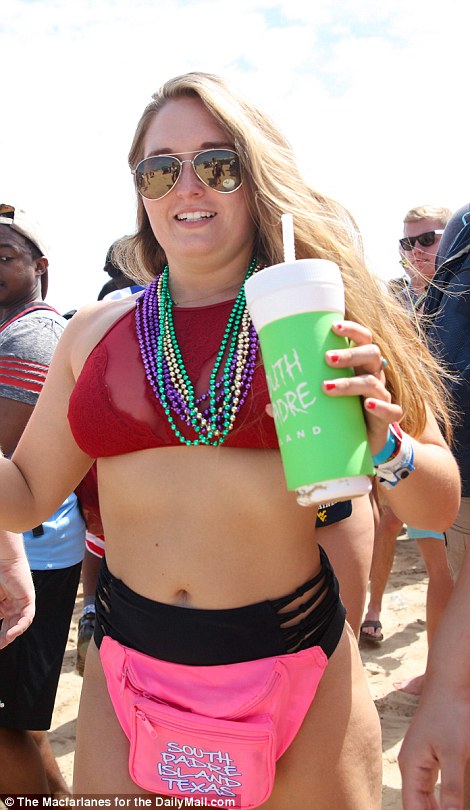 During the day, the beaches are thronged with cops on ATV vehicles while at night, police patrol up and down South Padre Boulevard – the island’s main drag.

. ‘You’re going to have drugs – unfortunately a lot of that comes with some of the college scene so it’s going to follow college students.

‘We try to nip that in the bud as well with our added officers, our added support for this time of year.’

But despite the noise and the nuisance, residents say playing host to 100,000 drunken college kids every year is worth it.

‘Spring Break is a good month,’ added Brashear. ‘You’re coming off of slow winter months and all of a sudden, it’s a big boost to the economy.

‘Some of the stores pay back their loans, bartenders catch up on their rent – Spring Break is a necessity for South Padre Island.’ 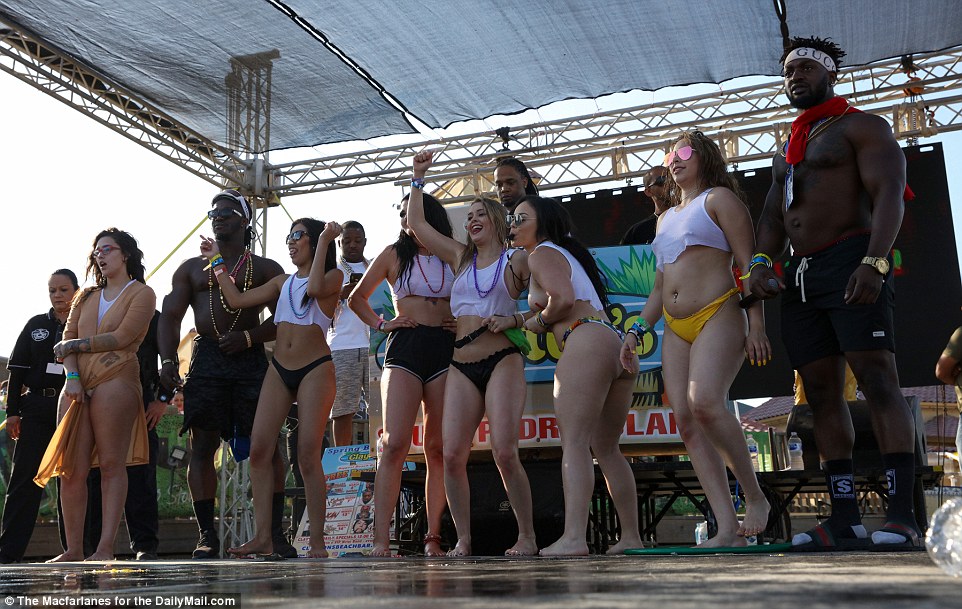 What happens on Spring Break: Clayton’s Beach Club puts on risque entertainment for its tens of thousands of guest each day including wet t-shirt contests and twerking competitions 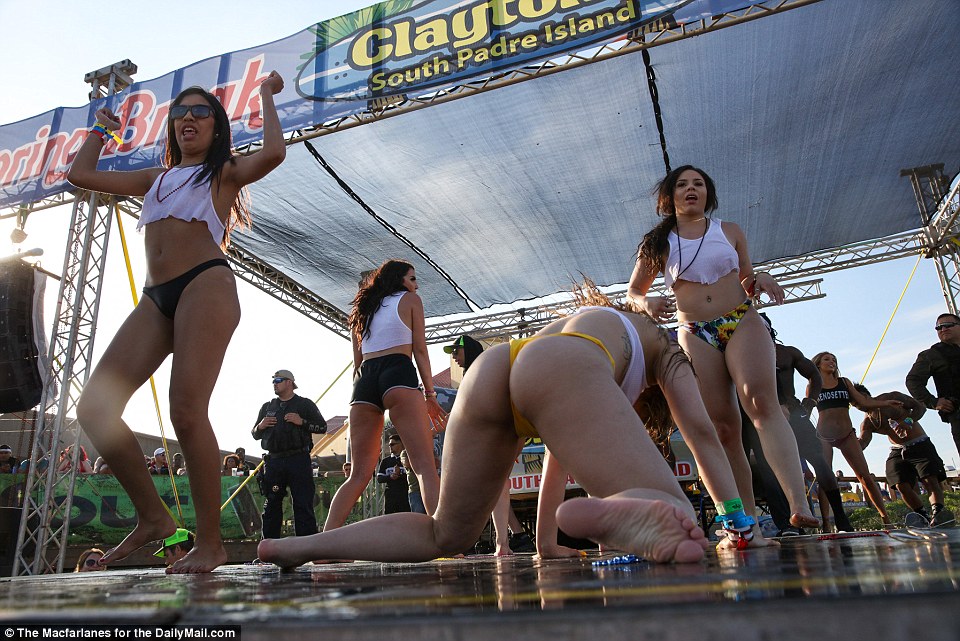