In the Spring Statement, the Chancellor announced that the Government will guarantee the extra borrowing by housing associations to support the delivery of the homes, but did not supply a timetable for delivery.

The Chancellor also announced that £717million from the £5.5billion Housing Infrastructure Fund will be used to help ‘unlock’ up to 37,000 homes at sites including Old Oak Common in London, the Oxford-Cambridge Arc and Cheshire.

Chief executive of modular homes builder Project Etopia Joseph Daniels said: ‘Supply of new homes remains the country’s biggest problem so the Government’s previously declared shift away from Help To Buy towards these new promises for tens of thousands of new homes represents a telling and important shift in ministers’ chosen strategies to solve the housing crisis.

‘Help to Buy has been a popular and successful initiative to give first-time buyers a leg up onto the housing ladder, but as a demand-side solution it would never have provided the antidote that only building can.’

In November This is Money revealed that local councils have fallen over six years behind their own house building targets.

Councils’ own figures revealed that development across the UK is moving at such a glacial pace that 316 sites will have fallen short of targets by 889,803 homes within the next eight years. 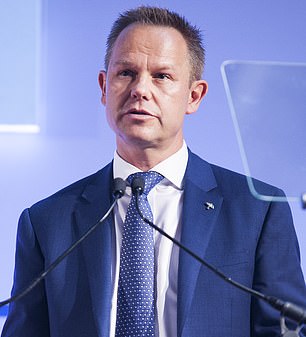 Kevin Roberts, director, Legal & General Mortgage Club, said: ‘Getting onto and up the housing ladder remains an aspiration for many people across the country.

‘It’s great to see that the Chancellor has announced an additional funding.

‘However, if we are to keep the housing market moving, help is needed for those higher up the property ladder too.

‘We have already seen stamp duty scrapped for first-time buyers, but reviewing this tax for last-time buyers would assist older homeowners to downsize or move to a home more suitable for their circumstances.

‘This would help to free up housing stock, for example larger properties in school catchment areas for growing families.’

The short answer is probably not – targets are far from being met whichever way you measure them.

The most recently available figures from warranty provider NHBC, in Q3 last year, showed that 106,031 new build homes were completed by NHBC members by the third quarter, which represent around 80 per cent of the market.

Factoring an extra 20 per cent in would bring the total figure to around 132,500 for the calendar year, excluding conversions of non-residential properties.

Steve Wood, chief executive of the NHBC said: ‘300,000 is obviously a long way off and is a demanding target.

‘There is no silver bullet but there need to be some changes to the way the industry works to get there.’