Sprinklers fitted in just one in three new schools

Only a third of schools built in England in recent years have sprinklers, it emerged yesterday, leading a a fire chief to accuse the Government of ‘playing with children’s lives’.

London Fire Brigade (LFB) Commissioner Dany Cotton said it was ‘outrageous’ that the Department for Education (DfE) had consulted on proposals to weaken the expectation of installing the systems in new-build schools.

The National Fire Chiefs Council (NFCC) is calling for all new and refurbished schools to be fitted with sprinklers, as they are already mandatory in Scotland and Wales.

The LFB, which is called out to more than 80 school fires a year in the capital, said only four of the 184 new or refurbished schools it advised last year acted on its recommendations and installed sprinklers.

The Commissioner, who led the emergency response to the Grenfell Tower blaze, criticised the draft proposals to relax rules that were dropped in the wake of the tragedy that killed at least 80 people.

Speaking to BBC Breakfast, Ms Cotton said: ‘I think it was outrageous. I thought ‘How can we play with children’s lives like that?’

‘And what I don’t want to see is a very large school fire to be the thing that brings about that change.’ 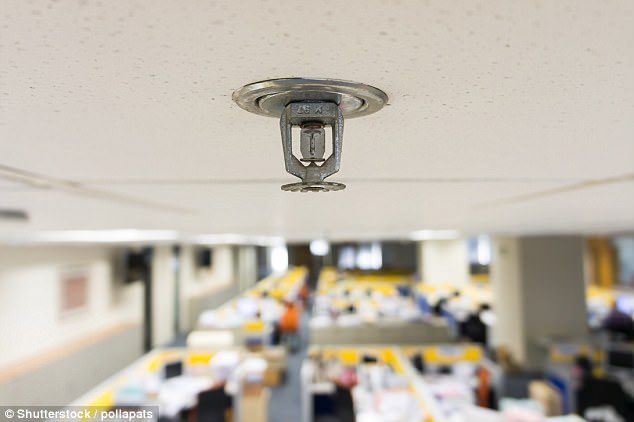 Only a third of schools built in England in recent years have sprinklers, it emerged yesterday, leading a a fire chief to accuse the Government of ‘playing with children’s lives’

Less than a third of the 260 schools built since 2014 as part of the Schools Building Programme have sprinklers, the NFCC said.

A decade ago the proportion of schools built with sprinklers was 70%, it said.

The NFCC said sprinklers, which are installed in just 5% of schools in England and Wales, are the most effective way to ensure that fires are suppressed or extinguished before the fire service can arrive.

More than 1,300 schools in the UK suffer fires large enough to be attended by local authority fire and rescue services each year.

Figures show schools in London had more than 700 fires between 2009 and July 2017, but sprinklers were only installed in 15 cases.

The DfE said it has always been the case that sprinklers should be installed when recommended by a risk assessment. 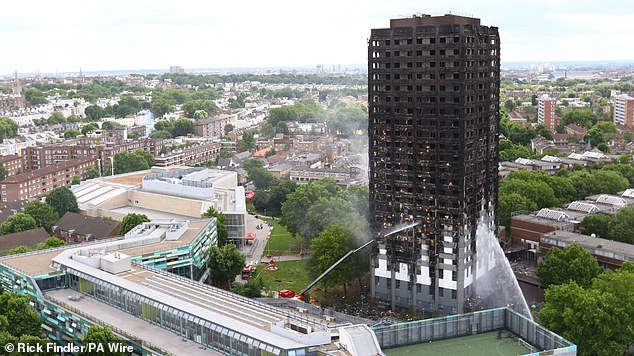