Spurned boyfriend bombarded his ex with abuse in Manchester

A bitter boyfriend subjected his ex to a campaign of hate and abuse following their acrimonious break up.

Aidan Jones bombarded single mother Leanne Peak, 25, with vitriolic text messages and raided her home in Manchester when she ended their relationship.

The father-of-one vandalised Ms Peak’s property when she refused to give him the deep fat fryer they bought together, Manchester Magistrates’ Court heard.

Police were called in July when Jones sneaked into Ms Peak’s home and unplugged the £30 fryer before emptying chip fat over her velvet sofa and carpet causing £2,080 of damage.

He also removed the blinds and walked out with items piled high in his arms before sending a text to Ms Peak reading: ‘I’m not done yet – I’ll come back with more men.’

Jones, 26, was found guilty of harassment without violence after a trial and admitted criminal damage.

He was cleared of assaulting Ms Peak and damaging her Fiat Punto car.

Jones claimed he had paid for the fryer and branded Ms Peak a ‘gold digger’ as he mocked the fact she lived on the Wythenshawe council estate in Manchester.

He sent her messages reading: ‘Hide your car. You’re not going to see it in the morning. Best hope your new boyfriend isn’t there or I’ll put you both out – you selfish gold digging s**g.’ 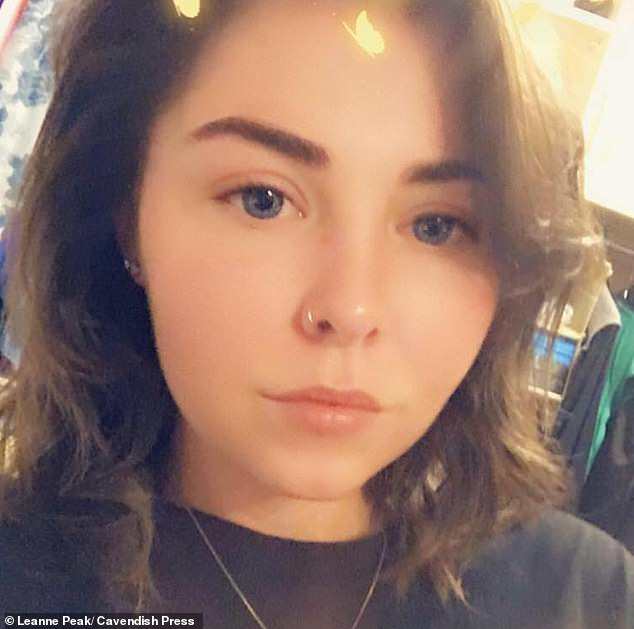 Jones bombarded single mother Leanne Peak, 25, (pictured) with vitriolic text messages and raided her home in Manchester when she ended their relationship

The court heard the couple began their relationship shortly after Christmas 2016 but broke up in June after a series of rows when Ms Peak suspected Jones was seeing other girls.

Ms Peak, who has a five-year-old child from a previous relationship, told the hearing she finally ended their relationship when Jones took her car without her permission.

She said: ‘I had previously found texts on his phone from other girls and we’d been having arguments – but the final straw was him taking my car.’

She told the court how Jones bombarded her with texts and demanded she pay all their bills, before vandalising her car, destroying the windows and slashing the seats and tyres.

She added: ‘They had written the word ‘s**g’ on the inside of the front window.’

Jones then snuck in her home and removed items.

Ms Peak said: ‘He said he was taking them because he paid for them – but I bought them when I got the house. He then grabbed me by the throat and said: “You’re going to get what your given.” 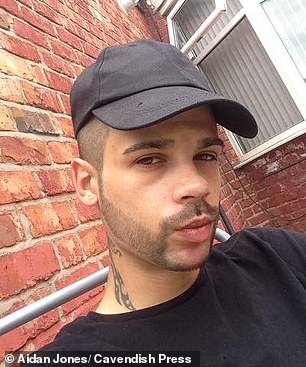 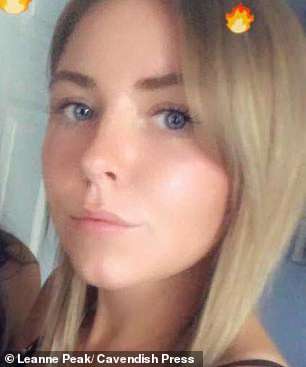 ‘My son saw everything. Threats were made when he was walking away, he was shouting that he was going to stab my Dad.’

Jones was arrested a short while later hiding behind a neighbours’ garden shed.

He told the hearing: ‘She bought her house but lost her job and I paid for things like paper and wallpaper and brushes – I practically moved in.

‘When I went round, I wanted to get my stuff back. I had bought all the blinds in that house and I wanted them back so I went round. I sent those messages when I was angry. None of my clothes were there – she had thrown them out.’

He will be sentenced next month.