Straight off the training ground! Sergio Reguilon and Gareth Bale have fun in the snow at Hotspur Way as Spaniard is dragged on a stretcher by a golf buggy driven by Wales winger

Ahead of watching Tottenham take another step on the road to Wembley in the FA Cup on Monday night, marauding wideman Sergio Reguilon was off his feet as he found a novel way to race through the snow at the club’s training ground.

Reguilon took advantage of a snow day to lie in an orange sled and take a ride through the Hotspur Way frost – and the Spain defender was clearly exhilarated as he shot along the picturesque scene.

The new signing, who has been a red-hot success since joining from Real Madrid in September, shared a video of the icy escapade on social media that featured golf-loving Gareth Bale pulling his vehicle on ropes from the back of a buggy. 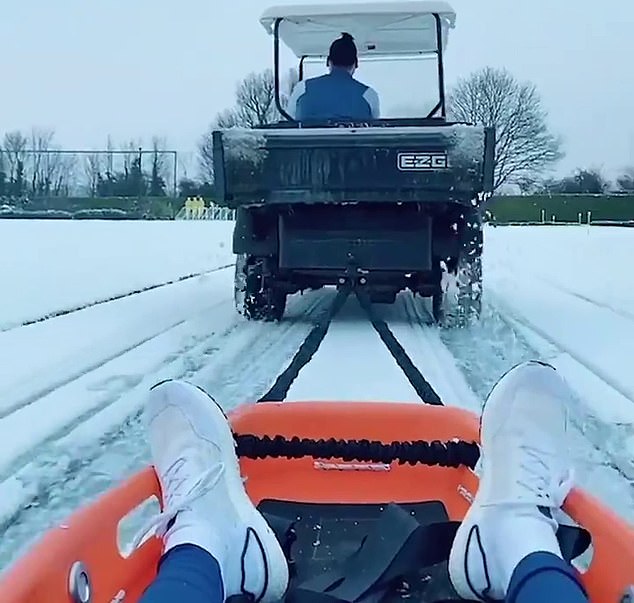 ‘Love the snow’, the 24-year-old captioned his clip on Instagram, earning an avalanche of likes and raising a laugh from the club’s official account and some of his high-profile friends.

Goalkeeper Joe Hart and former Spurs hitman Robbie Keane were among those to show their approval of the footage, which was taken from multiple angles for the benefit of Reguilon’s following of more than 1.8 million.

Some fans hopefully joked that Reguilon was uproariously laughing at rumours linking him with a return to Madrid, who are thought to have a buy-back clause and will be aware of his impressive form.

Reguilon has provided five assists since arriving at Tottenham from the Spanish giants, starting his career at the club with a bang by helping them to a famous 6-1 win at Manchester United at the start of October.

Despite playing at Marine in the previous round, Reguilon was rested for the fourth-round win at Wycombe in a bid by boss Jose Mourinho to keep players fresh in an important week.

Tottenham can leapfrog Liverpool when they welcome the reigning champions to the Tottenham Hotspur Stadium on Thursday.

The title contenders then travel to Brighton on Sunday, when they could extend their unbeaten run to ten games.

Having kept their cool to fight back from a goal down at Adams Park, Reguilon and his teammates will be walking in a winter wonderland if they can finish the week with two wins. 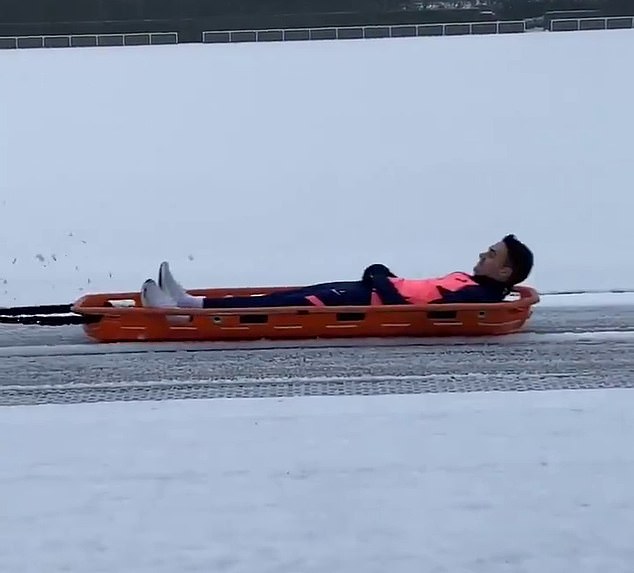