David Warner demonstrated he still has plenty of spring in his step after the Australian veteran took an incredible one-handed grab to dismiss Dhananjaya de Silva on Tuesday.

Having already triumphed in their two-game T20 series, Australia travelled to Kandy for the first of five ODI marches against Sri Lanka, keen to cement their status as one of the world’s top white ball sides.

The hosts made a fast start through Gunathilaka and Nissanka – each notching half centuries – before the tourists started making inroads into their opponent’s batting order. 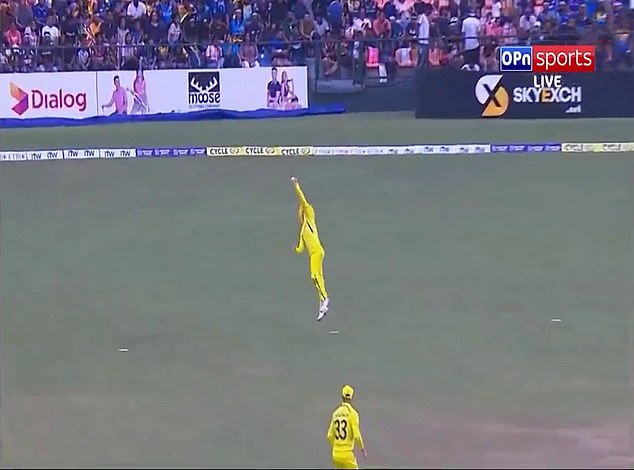 The veteran batsman took a stunning, diving one-handed catch in the first ODI in Kandy 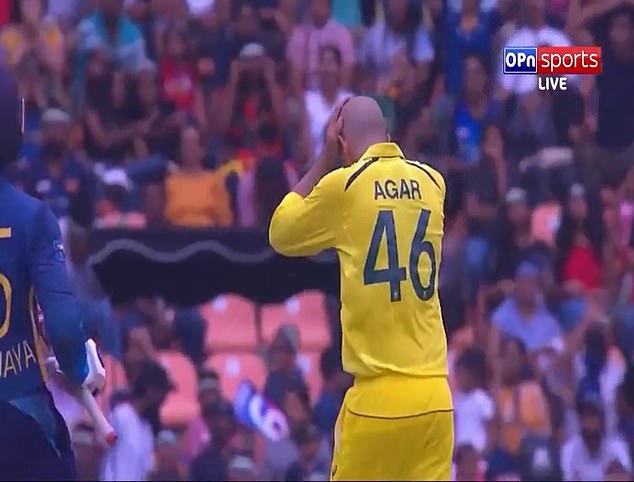 And it was the athleticism of Warner in dismissing de Silva which had fans off their seats in Kandy after the opening batsman defied logic to pluck his airborne shot from the sky with one hand, triggering bedlam in the field.

A stunned Agar placed both hands on top of his head in disbelief as Warner celebrated his marvellous grab, proving himself as one of the world’s top fielders.

Despite Warner’s outstanding catch, questions remain over the make-up of Australia’s bowling attack and preference to play three frontline quicks ahead of next year’s World Cup in India.

On a slow wicket that offered little for the pacemen, Australia opted not to play Mitchell Swepson with chief spinner Adam Zampa back home on paternity leave.

In comparison Australia’s trio of quicks in Josh Hazlewood, Pat Cummins and Jhye Richardson went for a combined 1-166 from their 26 overs.

Despite that Australia did well to contain Sri Lanka after the hosts put on a 115-run opening stand that almost came at a run a ball. 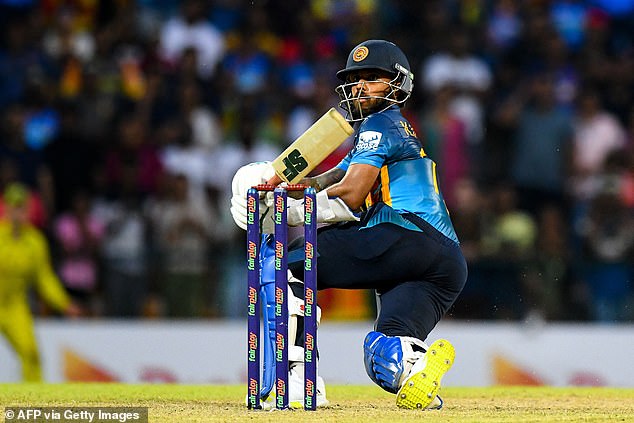 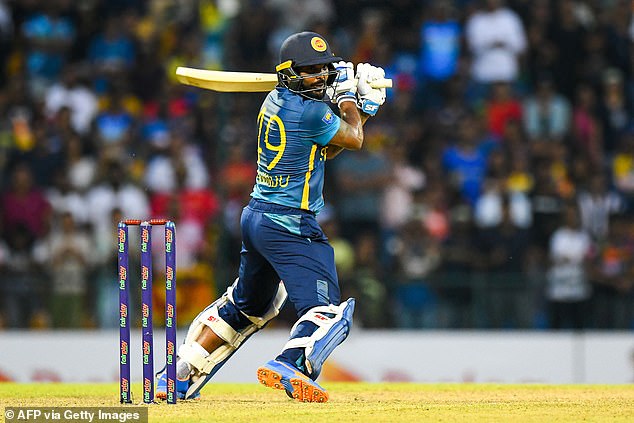 Danushka Gunathilaka in particular was damaging, hitting seven fours in his 55 from 53 balls.

His most powerful came off Hazlewood, planting his foot and taking the seamer from outside off-stump to the mid-wicket boundary with one bounce.

But Sri Lanka’s momentum slowed off a poor piece of running from the left-hander, after he hit Agar towards the legside rope.

After jogging the first, he was caught marginally short by a perfect over-the-stumps throw from Marcus Stoinis.

And while Dhananaya was the victim of Warner’s brilliance, Nissanka threw his wicket away with a wasteful reverse sweep off Agar on 56. 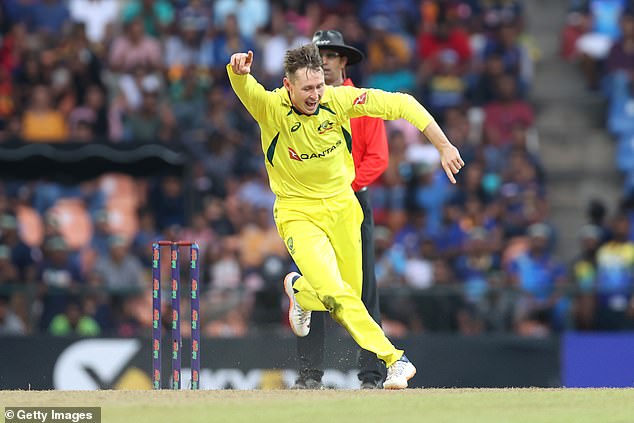 With the slow wicket hard to score off in the middle overs, he was lucky to survive a tough chance from Labuschagne on the boundary on 17 and a near run out on 22.

But he rode his luck, hitting eight boundaries and smashing the biggest six of the day when he charged down the wicket at Maxwell and put him over cow corner.

Wanindu Hasaranga also finished with 37 from 19, taking 22 from the penultimate over from Richardson as he repeatedly guided him behind square on the offside.

Australia have never chased down more than 267 against Sri Lanka, but are close to full strength with the bat with Warner, Steve Smith and Maxwell playing their first ODIs in 18 months.

There was one other concern for Australia with Agar spending the end of the innings off the field with a sore side after his 10-over spell.