St Kilda beach stabbing: Final photo of Hashim Mohamed, 18 before he was killed on Melbourne strip

Tragic final photo of teenage boy, 18, killed in St Kilda beach stabbing: Budding entrepreneur had just passed his driving test and was ready to take on the world with newfound freedom

A teenage boy who was stabbed at a popular Melbourne beach had barely had his driver’s licence for two days when he was tragically killed after finding himself in the middle of a massive street brawl.

Hashim Mohamed, 18, from Tarneit in the city’s west, was a budding entrepreneur and dreamt of one day starting his own business.

A photograph posted online on Friday showed the 18-year-old leaning against a silver sedan and holding a completion certificate after passing his P-Plate test.

But less than two days later, Hashim’s life was sadly cut short when a fight broke out between two groups of young males on St Kilda beach just after 7.30pm on Sunday.

Emergency services arrived to find Hashim on the beach near Pier Road suffering from multiple stab wounds. He was rushed to hospital but later died.

A tragic last photo shows Hashim Mohamed, 18, posing in front of a car after passing his P-plate test 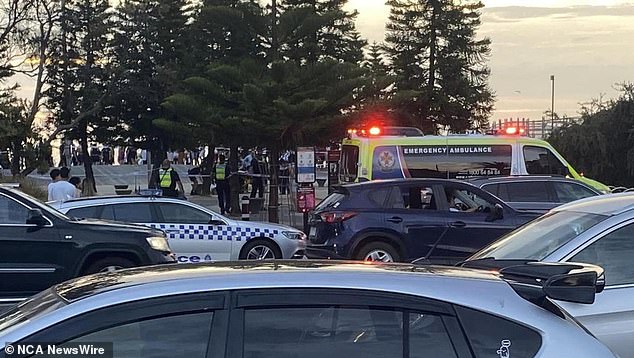 The teen was stabbed several times at St Kilda beach in Melbourne on Sunday (pictured, police and emergency services at the scene)

Devastated loved ones have remembered the teenager as a social young man who was looking forward to finding a job and figuring out the next steps in his education after acquiring his licence.

‘Mum was very proud of him,’ his brother Hanad told The Age.

‘He had always wanted to be an entrepreneur. He had that kind of mindset.’

Hanad said the family were all together at home on Sunday when they received a phone call from police about the brawl.

He said losing his brother has been ‘very stressful’ but his family were fortunate to be receiving a lot of support from the community.

Police are now on the hunt for the alleged attackers who were last seen running north near Jacka Boulevard.

The terrifying scenes played out on Sunday as beachgoers enjoyed the city’s warmest day of the year since January. 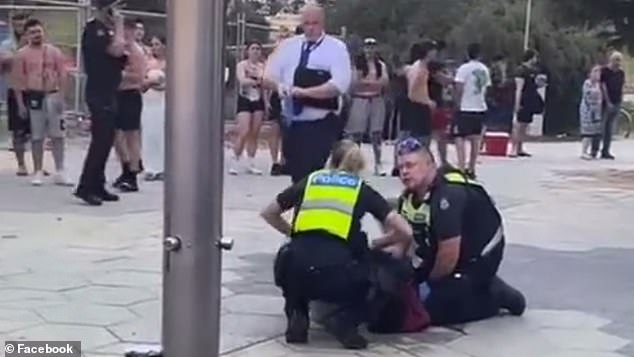 Police responders who rushed to the scene tried to save Hashim Mohamed’s life. he was rushed to hospital but later died. 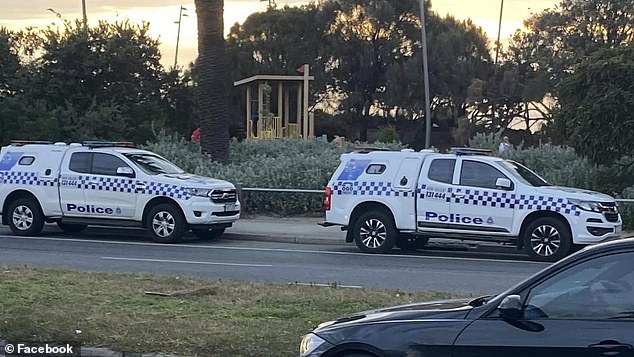 Footage circulating on social media showed throngs of people crowding around on the promenade as police taped off the area.

Horrified onlookers enjoying an evening by the water said plain-clothes and uniformed police descended on the gruesome scene ‘very quickly’.

A police helicopter was also deployed in the aftermath.

‘There were cops everywhere. It was crazy,’ one St Kilda regular told the Herald Sun.

Police are still investigating the circumstances surrounding the incident and charges are yet to be laid.

‘We believe the incident was the result of a fight between approximately five to six African males, and there are a number of knives involved in this incident,’ Homicide Squad Detective Acting Inspector Nigel L’Estrange said.

Acting Inspector L’Estrange said there was no evidence to conclude whether the violence was gang-related but that line of inquiry would be explored.

He said detectives have retrieved the knife used in the stabbing and investigators were combing through CCTV footage to try and identify the attackers.

Anyone with any information about the incident is urged to contact police immediately or Crime Stoppers on 1800 333 000. 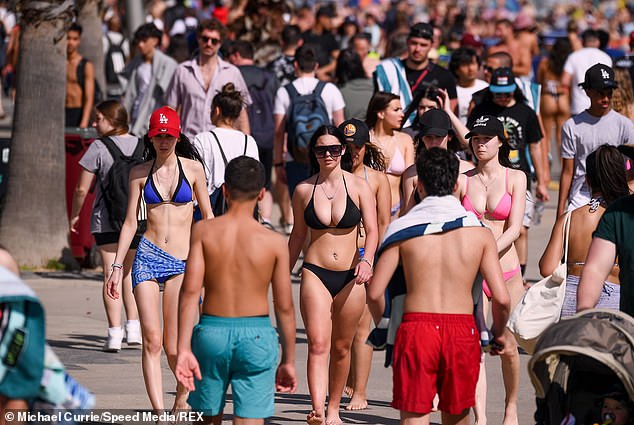 Those responsible disappeared into the packed summer crowd after fleeing on foot and remain on the run. Pictured: St Kilda beach in 2021