A defensive masterclass set up Sunday’s 38-point victory at the MCG to give the Saints a giant reality check as they slumped to back-to-back defeats.

The Demons coasted to victories in the first seven rounds mostly against teams not expected to finish inside the top eight but came out firing with their premiership-best against the Saints, who started the round in fourth place with a 5-2 record.

Melbourne stamped their authority early by strangling the Saints’ ball movement and capitalising on each of their own forward forays.

Oliver and Angus Brayshaw were in typically prolific moods in the midfield, while Steven May, Jake Lever and Harrison Petty completely controlled the air down back.

St Kilda were always likely to need all the help they could get to beat the red-hot Demons on Sunday – but they ended up copping a controversial call that denied them a desperately needed goal instead.

With Melbourne leading 4.2 (26) to 0.2 (2) in the first quarter, Saints centre half forward Tim Membrey marked slightly to the left of goal about 15 metres out and kicked true – only for the goal ump to call it touched.

A score review followed and was inconclusive, leading to an umpire’s call – and the behind stood. 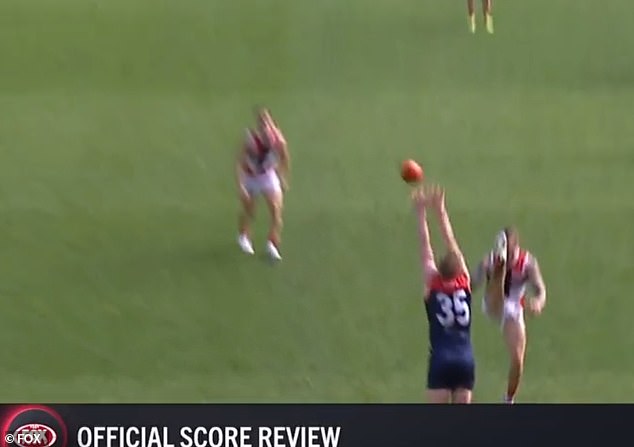 Saints fans howled in protest at the ground and online, but former Collingwood coach Nathan Buckley laid the blame squarely at Membrey’s feet.

‘He just didn’t give himself enough space.’

However, fans were quick to launch into the man on the mark, Harrison Petty, and claim he was at fault for breaking the stand rule. 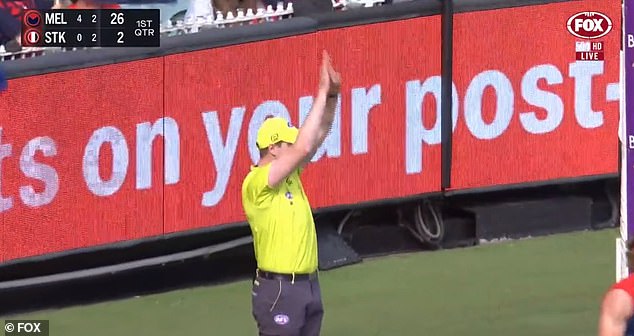 ‘What about the stand rule?’ asked Michael White.

The first half got far worse from there for St Kilda, with the Demons piling on four unanswered goals early in the second term, leading 52-9 at one point before the Saints pulled them back to make it 9.3 (57) to 3.4 (22) at the main break.

The Saints saved themselves from embarrassment by performing better in the second-half as Melbourne lost a third-quarter for the first time this season. 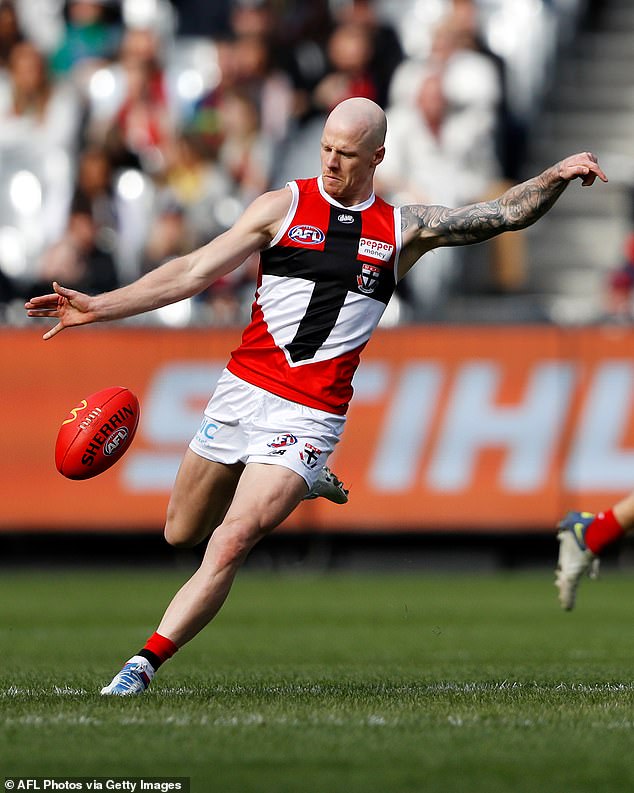 Zak Jones impressed in his first game for the 2022 season, but could find himself on the sideline again after a controversial hit on Melbourne’s Ed Langdon

Coach Brett Ratten might want to record his halftime talk and use it again this year as his charges restricted the Dees to one goal in the third quarter while kicking two themselves to reduce the gap to 28 points going into the last period.

Saints midfielder Zak Jones made an encouraging first appearance for the season after returning from personal leave but could find himself in trouble with the match review officer for a hit on Demons flyer Ed Langdon in the last quarter. 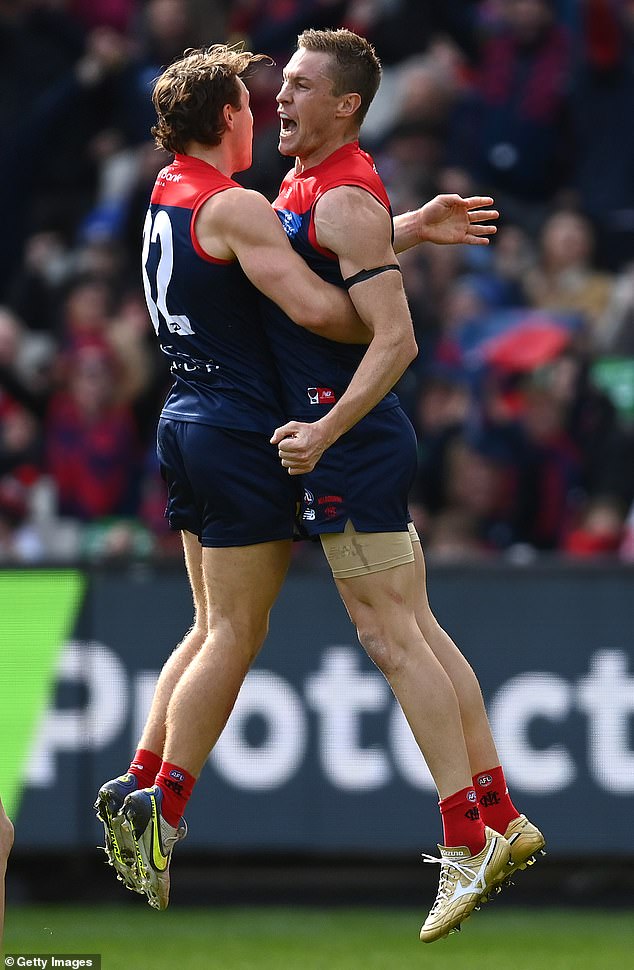 In further concern for St Kilda, small forward Dan Butler was subbed out with a lower leg injury ahead of the last quarter and replaced by Marcus Windhager.

St Kilda will be hoping to get back on the winners list when they host Geelong at Marvel Stadium on Saturday.

Things could get seriously ugly next Sunday as Melbourne face hapless West Coast, who have lost their last four games by an average of 83 points, at Optus Stadium.