St. Louis baby who died may have been left in vehicle

A one-year-old boy has died in St. Louis after his mother left him inside a van for several hours.

Officers were called around 6pm Monday to the Casa Dia Montessori school in south St. Louis County to a report of an unresponsive child who was not breathing.

The boy was pronounced dead at a hospital. An autopsy was planned for Tuesday, St. Louis County police spokesman Shawn McGuire said. The child’s name has not yet been released.

The school said the child attended there. In a statement, school president Rick Deeba said the mother arrived at the school around 4.55pm with the child already unresponsive in her van and brought him into the school.

The school called 911 and CPR was administered but the child could not be saved.

Police said the boy may have been left in a vehicle for ‘an extended period of time,’ but did not elaborate on the circumstances. They are currently investigating.

A statement from the school said: ‘All of our hearts are so saddened by this tragedy. And we grieve with this family at the terrible loss of this child. Please keep them in your thoughts and prayers.’

The high temperature in the St. Louis area on Monday was around 80 degrees, but the temperatures inside a vehicle with the windows up could have topped 100 degrees within a half-hour, the National Weather Service said.

39 children in the U.S. have died of vehicular heatstroke this year, according to the advocacy group KidsAndCars.org. More than 800 children have died of heatstroke in vehicles since 1990, the organization said. 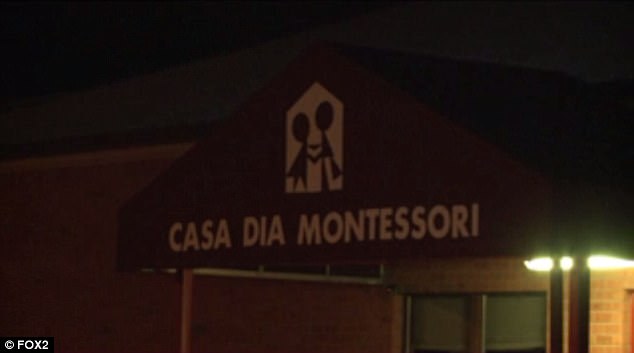