A St. Louis councilman has been caught on camera threatening to call police on a teenage boy he claimed was responsible for denting his car.

The incident occurred in a McDonald’s parking lot in the suburb of Florissant on Thursday afternoon, and was recorded by the teen who was being accused.

In the clip, councilman Timothy Jones alleges that his car was damaged by the 17-year-old as he was opening the door of his own automobile, parked in the next space.

However, the boy insisted he wasn’t responsible for the damage.

‘My name is Timmy Jones and I’m a councilman with Florissant… you’re f**king right I’m going to call the police, dude!’ the man tells the teen in the early part of the video. 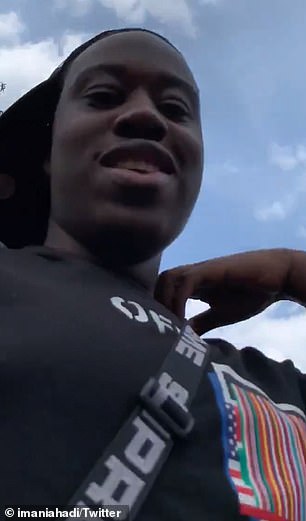 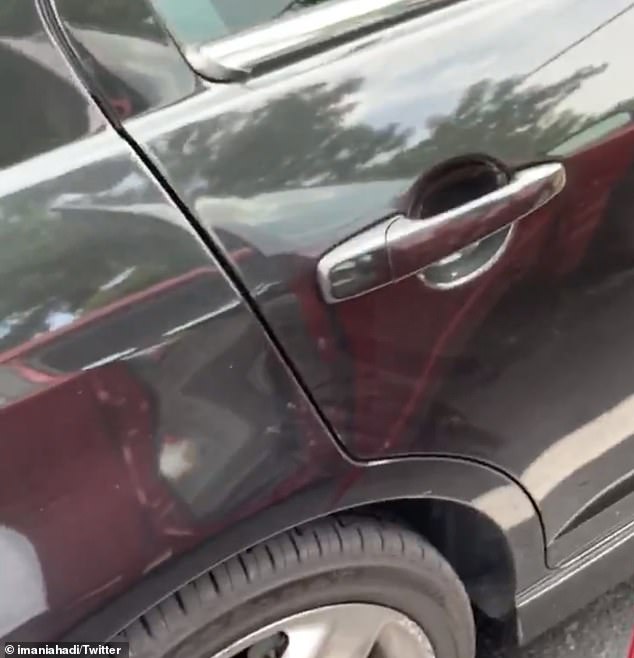 Clearly fired up, Jones continues: ‘You could’ve said “Sorry about that!” and we could’ve all gone our separate ways. Instead you’re saying, “Oh there’s no dent, and I didn’t do that!” ‘Come on dude! Who are you f**kin’ playing, man?’

However, the boy maintains his composure in spite of the accusation, and continues to insist he’s not responsible for the damage.

‘It’s right here!’ Jones exclaims pointing to a dent on the right side of his vehicle, between the trunk and the passenger side door.

The teen then offers evidence he believes clears him as the culprit of the damage, opening his own car door to prove that it was not in the same proximity as the dent. .

‘You just said I hit right there, and [my door] doesn’t even hit over there. So please tell me what dent did I do? But anyways, let’s call the police like you said!’ the 17-year-old tells Jones.

Jones, however, suddenly seems to have lost his conviction and is seen stammering over his words.

‘Call them up, dude!’ he tells the teen. 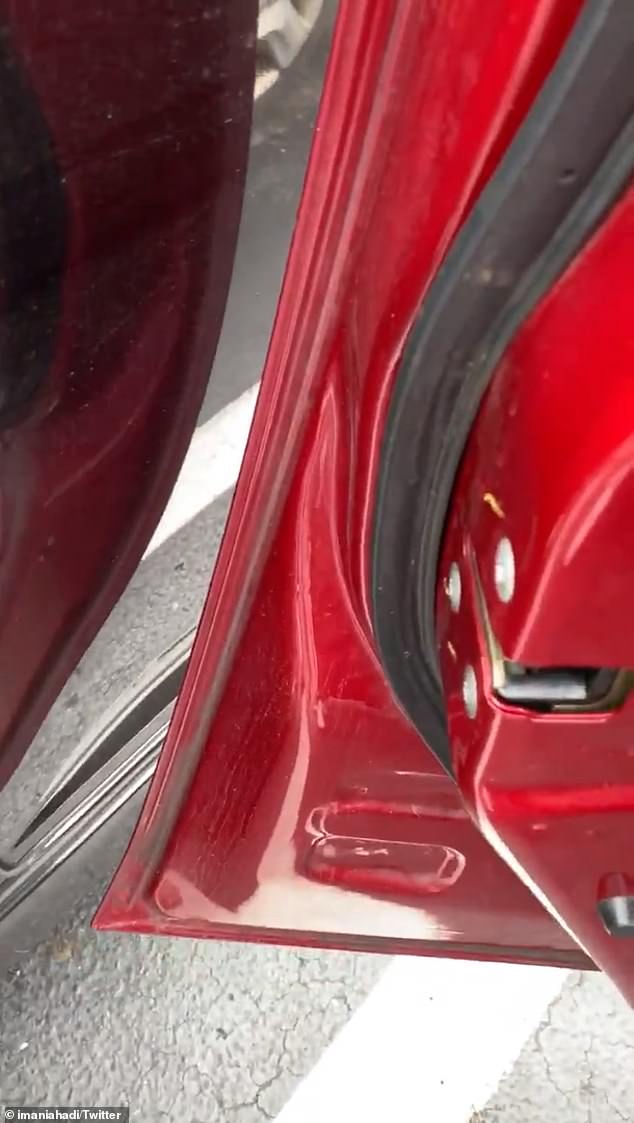 The teen provided proof that he wasn’t responsible for the damage, as the car door of his own red vehicle was not in close proximity to the damaged area

‘You said you were going to do it!’ says the boy who appears amused by the fact that the man has altered his attitude.

‘Hey man, just go on with your day, I’m not even going to worried about it,’ he says as he leaves Jones at the scene.

The teenager’s sister posted the video on her Twitter account – where it quickly garnered more than two million views.

‘I taught my brother well… 17 years old and respectfully made a fool out of this St. Louis Councilman who tried to harass him today… You really hate to see it…’ she wrote. 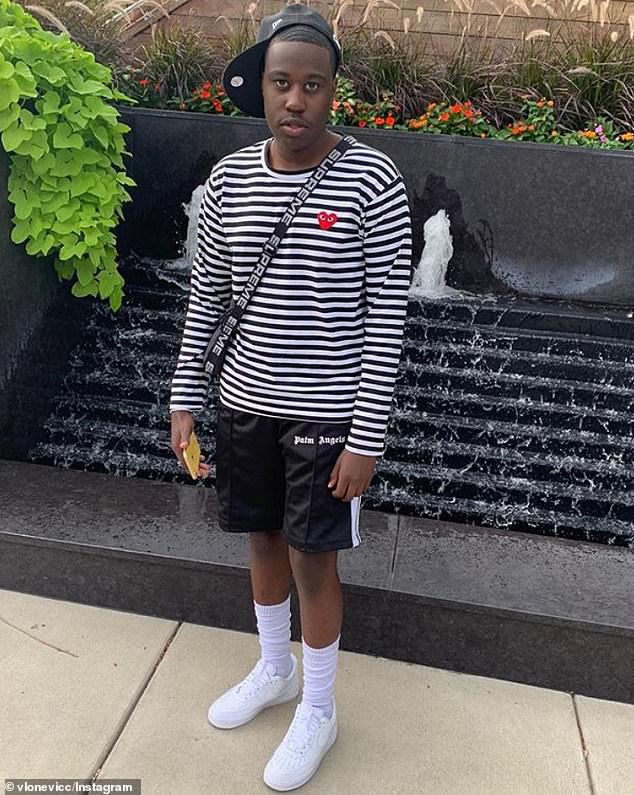 Twitter users praised the boy for his calm demeanor.

‘Smart kid and he handled himself well. Sorry he had to deal with that,’ one wrote. 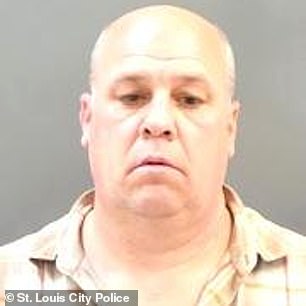 Back in 2014, Jones was arrested after he solicited an undercover police officer for sex, believing that she was a prostitute

‘LOVE how he keeps telling your brother [the teenager] to have some courtesy and apologize… but when he proves how it’s not possible that he left that dent the guy says nothing,’ another observed.

Meanwhile, a third viewer of the viral video appeared amused by the whole ordeal, writing: ‘The best part is when he open the door as wide as it goes and he still isn’t touching the other car , that was a checkmate.’

It’s not the first time councilman Jones has been in the spotlight.

Back in 2014, he was arrested after he solicited an undercover police officer for sex, believing that she was a prostitute.

He was charged for the offense and fined $500, according to St. Louis Today.