Three people are fighting for life after a stabbing rampage inside a supermarket.

St John ambulance confirmed five people were rushed to hospital following the attack – three people have critical injuries and the others have moderate injuries.

Two of the injured are Countdown employees while the other three were customers who were inside the store at the time of the ferocious attack about 2:30pm (NZST).

Witnesses said a man carrying two knives had entered the store, which is located next to a police station and just metres from the iconic Dunedin Railway Station and the city’s heart, the Octagon.

Police said in a statement that one person was arrested and taken into custody.

Emergency services are pictured outside the Countdown supermarket on Cumberland Street, Dunedin, New Zealand, on Monday afternoon after three people were left in a critical condition following a stabbing attack 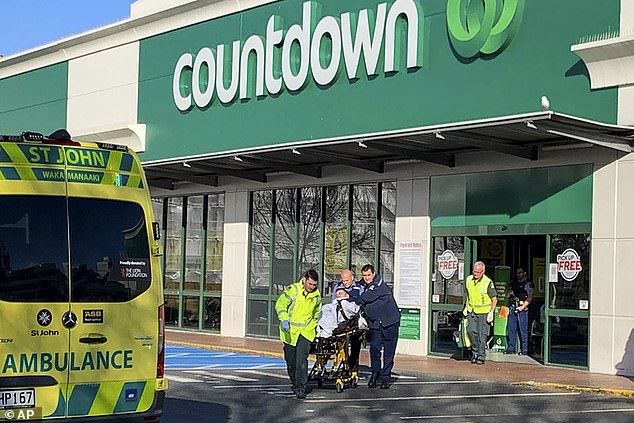 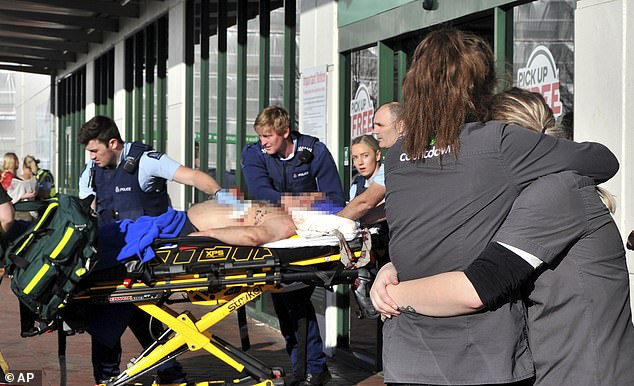 A witness told the Otago Daily Times: ‘We just heard a scream and thought someone must’ve fallen, but it got louder and louder and more people were screaming’.

‘I saw one red hand among the people; a bloody hand, and everybody started running towards the exits.’

Onlookers had reportedly tried to tackle the armed man to the ground before police arrived.

A witness told Stuff the attacker was ‘quite a messy little fellow’ with curly hair.

The supermarket has been closed for the remainder of Monday. It will stay closed on Tuesday.

Countdown managing director Spencer Sonn said the ‘priority right now is our injured team members and caring for our wider team in the wake of this extremely traumatic event’. 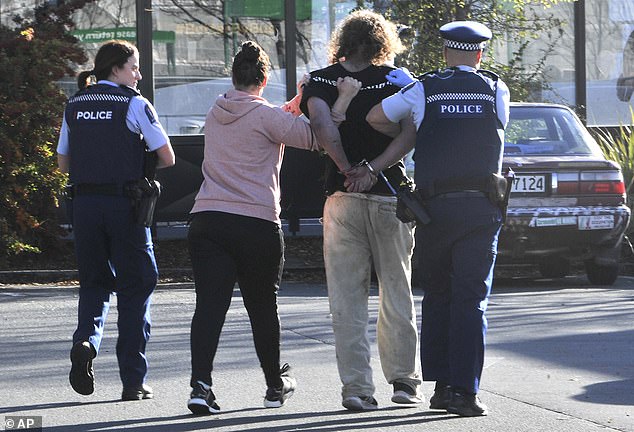 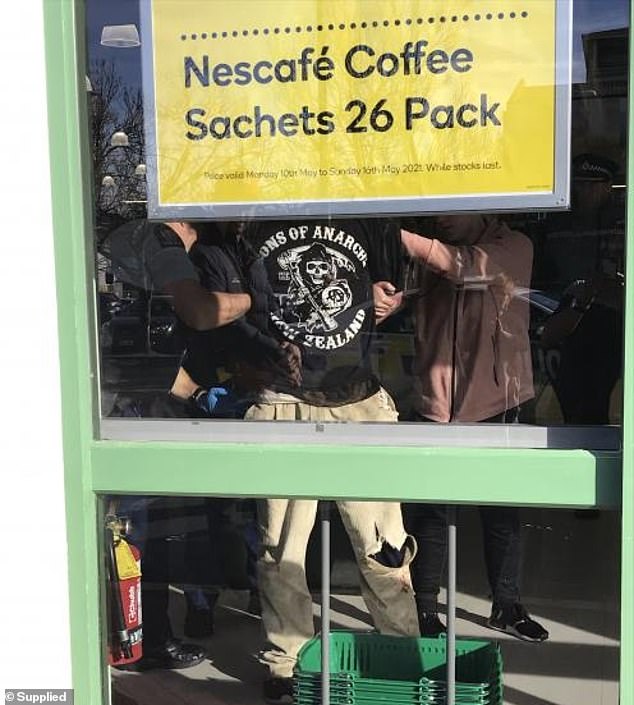 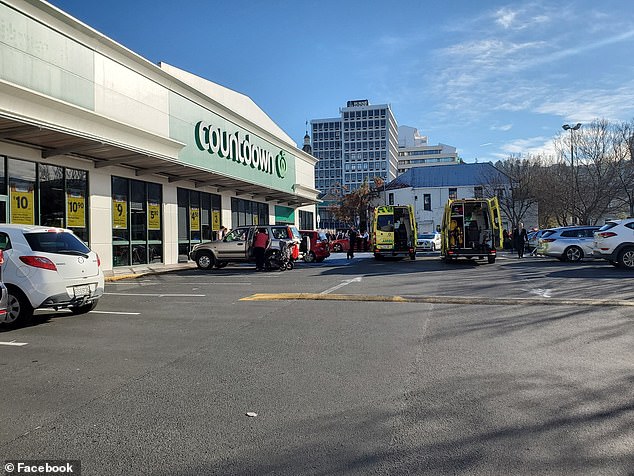 The horrific stabbing attack unfolded about 2:30pm (NZST) on Monday. Emergency services are pictured at the scene

‘We have been concerned about the escalating violence towards our team, and this is something we have continued to talk and raise as an issue over the last year.’

New Zealand Prime Minister Jacinda Ardern said an early assessment by police indicated there was nothing to suggest a domestic terror event.

‘Needless to say such an attack is hugely concerning,’ Ms Ardern said.

‘Our thoughts are with all those who’ve been affected by this attack.’