A grieving mother whose son was killed in a car accident alongside his stepsister has been left in limbo – as the driver charged over the horror crash starts a new life in New Zealand.

Stacey Leigh Cunningham  – who also lost a child in the crash – was charged with careless driving causing death and driving with an illicit drug in her system following the fatal June 1, 2020 crash.

Her daughter Harmonie, 10, and seven-year-old stepson Nate both died at the scene.

She has pleaded not guilty to all charges and is awaiting a trial date to defend herself.

Daily Mail Australia can reveal Cunningham uprooted her life and moved to Napier, in New Zealand, in the wake of the tragedy.

She was granted bail with no conditions stopping her from leaving the country – a decision Nate’s grieving mother Amy Scott describes as a mistake. 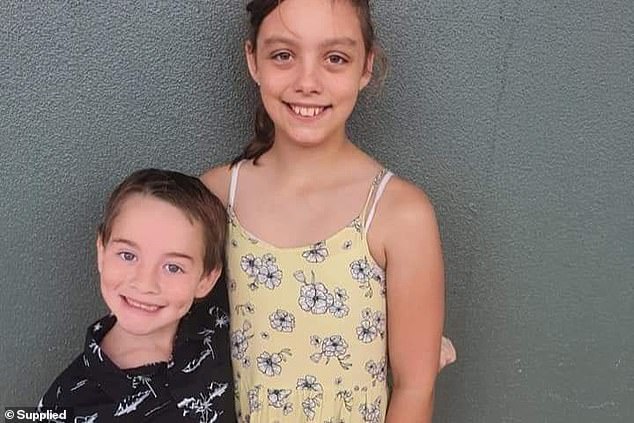 Cunningham’s daughter Harmonie, 10, and seven-year-old stepson Nate (pictured together) both died at the scene 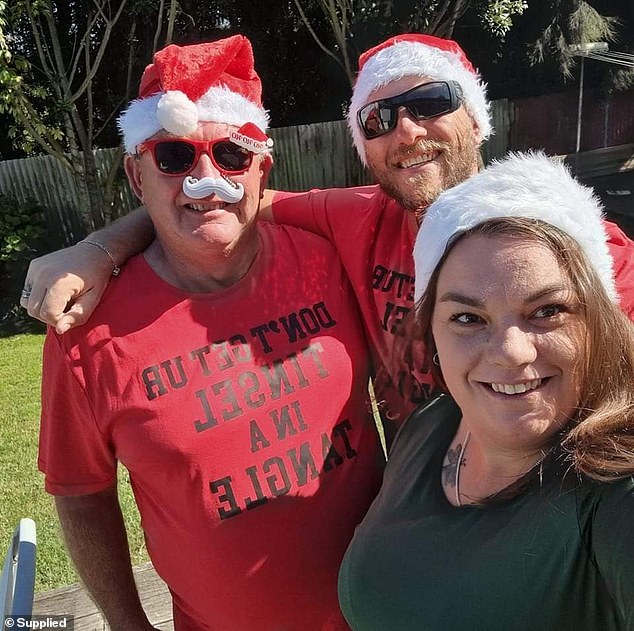 Daily Mail Australia can reveal Cunningham uprooted her life and moved to Napier, in New Zealand, in the wake of the tragedy (pictured with her fiance and her father after moving)

‘I warned them that she could move overseas and I was laughed at,’ Ms Scott told Daily Mail Australia.

‘It was during Covid and I was told ”where would she go? The world is shut”.’

It’s understood Cunningham and her fiancé – Nate’s father – left their home in Western Australia the same week borders opened to New Zealand. They were closed again due to a Covid outbreak a few weeks later.

‘They’ve got jobs and they seem to have established themselves there,’ Ms Scott said.

Cunningham has not broken any laws by leaving the country, but Ms Scott is concerned the courts could have trouble proceeding with the trial if she chose not to return.

There is no suggestion Cunningham does not intend to return for her trial. 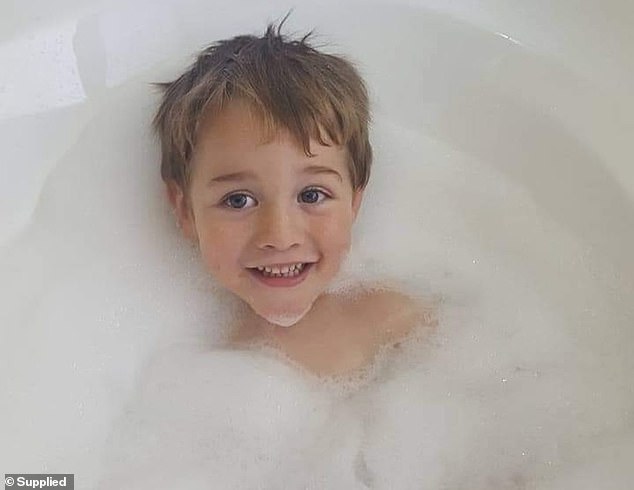 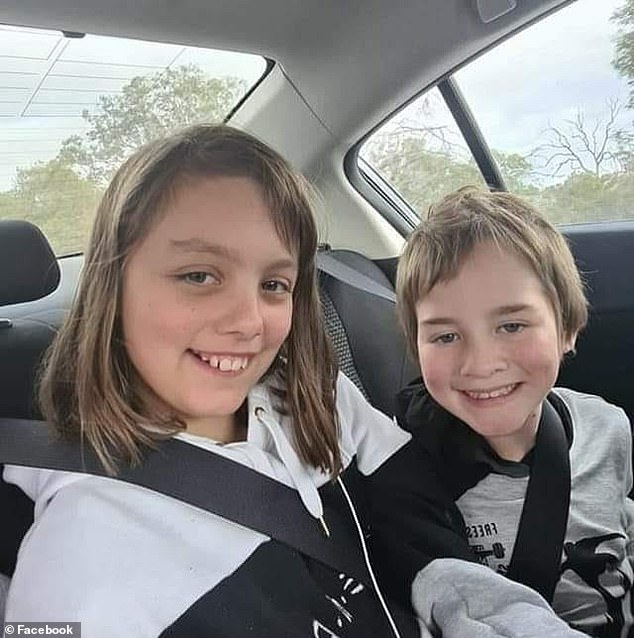 The day after the horror crash, Cunningham revealed she and Nate’s dad decided to take the kids away for a last minute trip 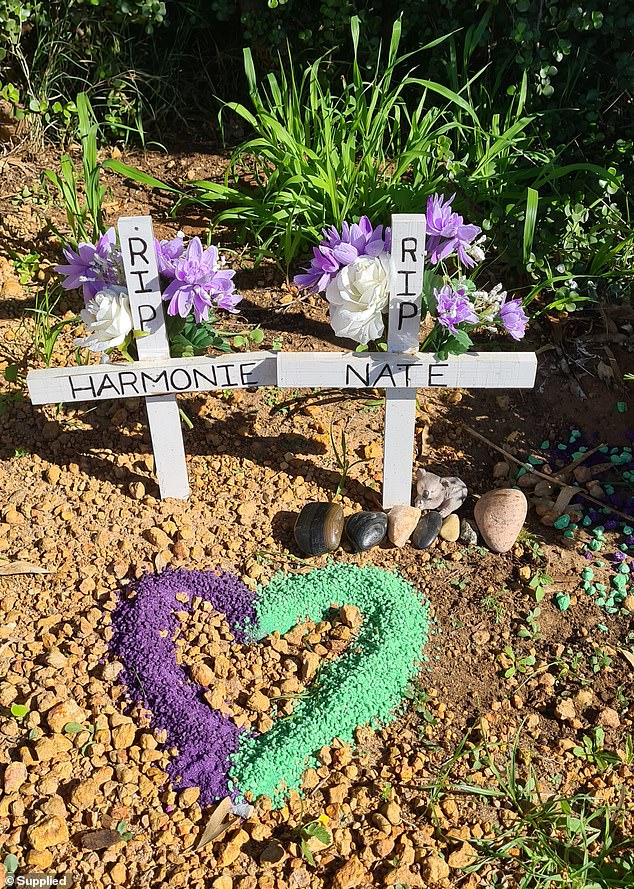 Ms Scott has visited the site of her son’s death just a handful of times because it is a 5.5 hour drive from her home

But Ms Scott has reached her wits end with the state of the court system in Western Australia and can’t understand the hold up in her son’s case.

It’s been more than two years now since little Nate and his stepsister were killed when the Mazda sedan they were travelling in collided with a Ute in Georgina, near Geraldton, on June 1, 2020.

On the day of the crash, Ms Scott wasn’t made aware of her son’s death until some four-and-a-half hours after he’d already died.

She made a frantic phone call to her ex husband, Cheyne, who allegedly answered the phone and immediately said: ‘I wasn’t behind the wheel’.

In fact, she didn’t even know they’d been away for a long weekend trip.

Ms Scott still knows very little about how her son spent his last days. She begged Nate’s father for scraps of details – what he wore, which sites he visited, his final meal – and was given only part of the story. 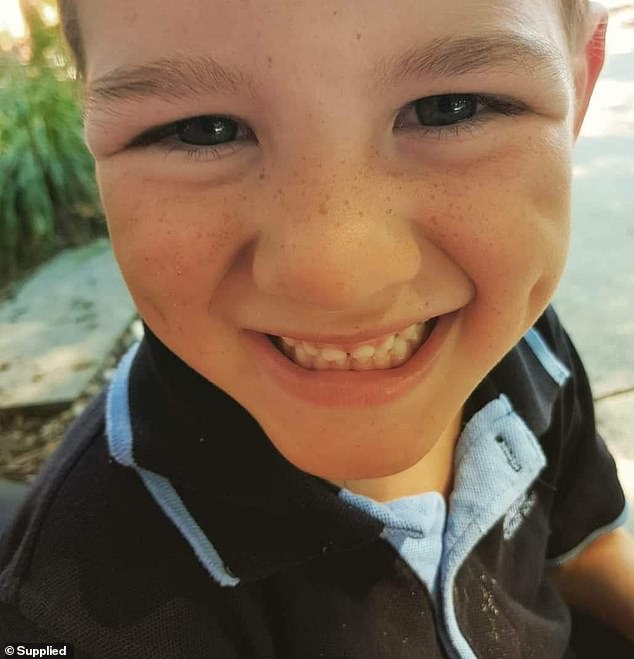 On the day of the crash, Ms Scott wasn’t made aware of her son’s death until some four-and-a-half hours after he’d already died

She feels her only chance to know the ins and outs of that weekend is for an inquest or a criminal trial. She’s less concerned about the outcome than of getting answers.

‘I just want all the details. I want to know every little thing about what Nate did that weekend and how the accident actually occurred. I’m imagining so much that mightn’t be true,’ she said.

‘It’s not about anyone going to jail or getting a fine or getting punished… It’s just about the truth. I just want to know what happened so I can get closure to move past this.’

Cunningham has been excused from appearing in person at recent court dates so long as she is represented by her lawyer. The next court date is set for October 3 and is listed as a trial allocation date. She will also not have to appear for that matter.

But she will be expected to return for any future trial. Each count of careless driving causing death carries a maximum penalty of three years or a fine of up to $3,600.

If found guilty of the drug charge, Cunningham faces a fine of up to $500. 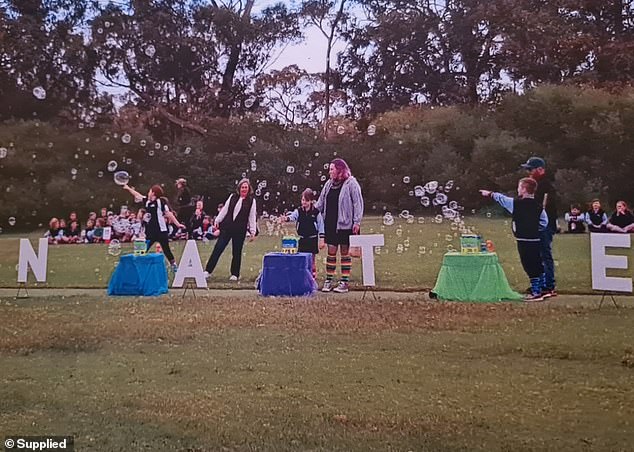 ‘They were only babies,’ Ms Scott said. ‘And it feels like nobody really cares anymore.’

Police will allege Cunningham drove through a give way sign and was t-boned by an oncoming car doing the speed limit of 110km/h.

The day after the horror crash, Cunningham revealed she and Nate’s dad decided to take the kids away for a last minute trip.

‘We just decided to take off for the weekend – have a weekend away with the kids,’ she said.

‘We were playing in the sand dunes… the kids were having so much fun.’

Ms Scott received a call from officers six weeks after her son died to inform her that they planned to charge Cunningham for the crash. She was not given a timeline and claims not to have known about the drug charge.

‘I just feel guilty that I spent 4.5 hours of my life not knowing he was gone. I can’t begin to imagine what happened in that time.

‘It’s been a constant hell.’ 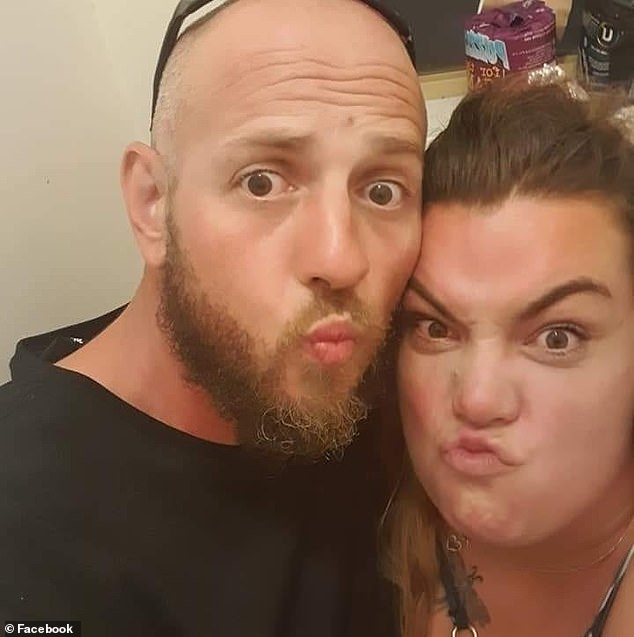 Cunningham has not broken any laws by leaving the country, but Ms Scott is concerned the courts could have trouble proceeding with the trial if she chose not to return