‘Stadium instead of sofa! Against ghost games’: German football fans protest the Bundesliga return outside Cologne’s stadium ahead of their first game back against Mainz

German football fans showed their anger at the Bundesliga being staged behind closed doors with socially distant protests outside Cologne’s stadium.

Professional football in Germany was played for the first time since the coronavirus outbreak this weekend but supporters are not allowed to attend the fixtures due to a risk of further spreading.

Ahead of Cologne’s fixture against Mainz at the RheinEnergie Stadium on Sunday afternoon, unimpressed fans put up posters and even laid out a sofa outside the ground to state their frustration in matching the matches at home.

Stadium instead of Sofa! Against ghost games!’ written on a sofa outside Cologne’s ground 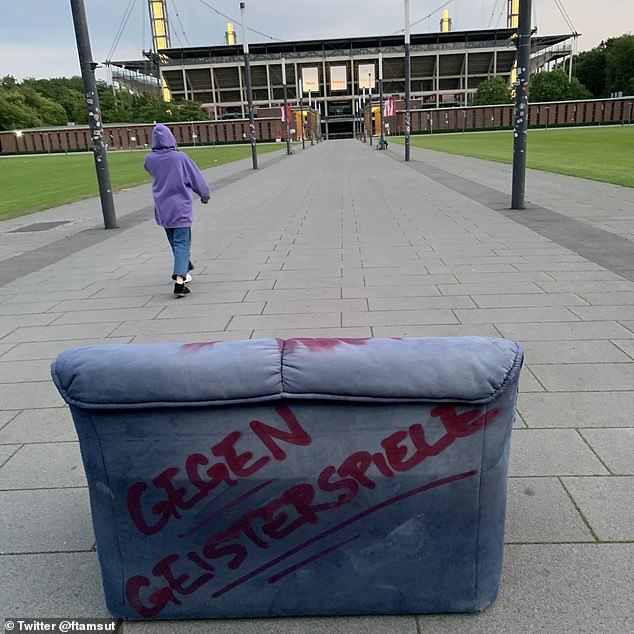 The words ‘Stadium instead of Sofa! Against ghost games!’ were sprayed in red on the sofa outside the empty stadium.

Meanwhile, the posters displayed the message: ‘Our money is more important than your health’, outlining the view that keeping the football financially stable by admitting fans in is a bigger priority than limiting the spread of the disease.

In Germany, no more than 300 people are allowed either in or directly outside the stadium on a matchday. This allows for the players, coaches, medical staff, club officials and some media teams to be allowed into the venues. 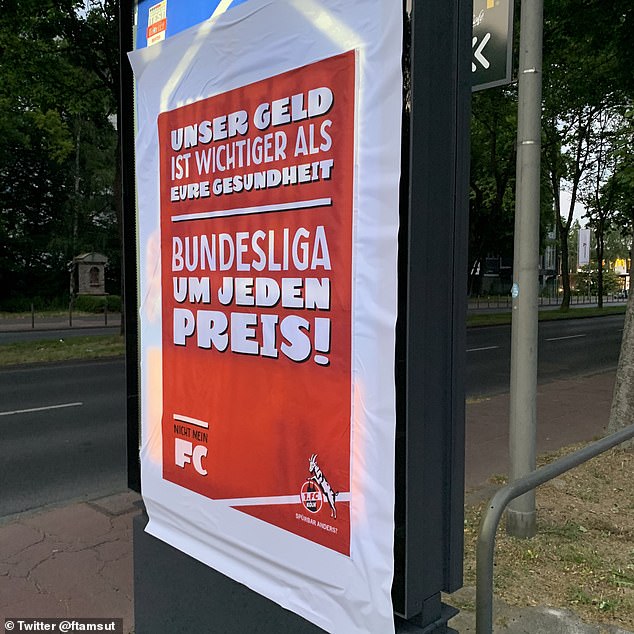 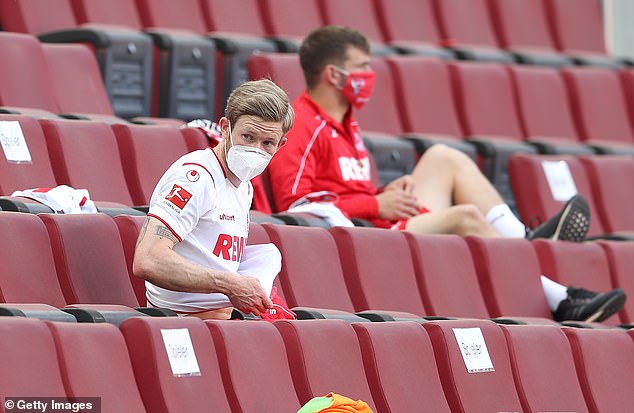 In the ground, substitutes sat in the stands to respect the two metre social distancing rule 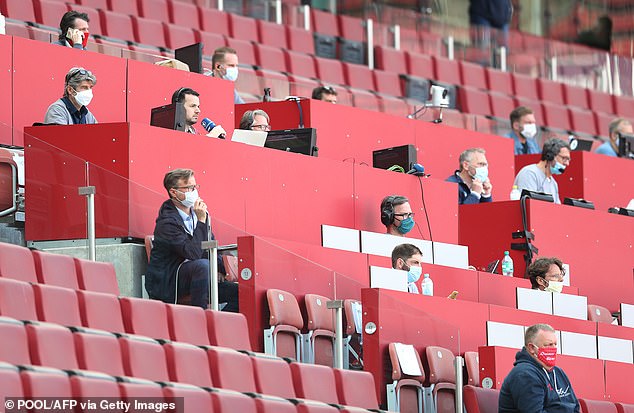 In the match itself, substitutes were often seen sitting in the stands in order to respect the two metre social distancing rule, while players on the pitch were advised against team celebrations after scoring a goal.

Players and managers were also seen fist-bumping or elbow-touching instead of shaking hands before, during and after the matches.

Overall, 17 matches in the German first and second division were played over the weekend, all of which were played without fans present in the stadium.

The only match not staged this weekend was Dynamo Dresden’s clash at home to Hannover, after two players from the home side tested positive for the virus and the whole team were forced into self-isolation.