Stagecoach on track to extend £300m Covid loan by a YEAR

Transport operator Stagecoach is extending a £300million taxpayer-backed loan for up to 12 months amid uncertainty over how quickly lockdown will end and whether workers will return to offices full-time.

The Mail on Sunday can reveal that the company has already begun renegotiations over the terms of the loan, which it raised from the Bank of England last spring.

It has agreed an extension to the first £100million and is hammering out new terms for the remaining £200million, which the Bank is expected to sign off by the end of next month.

Loan extension: Stagecoach will not have to repay the loan until February 2022

The new terms will mean Stagecoach – which operates 8,000 buses, trams and light trains across Britain and employs 24,000 staff – will not have to repay the loan until February 2022, allowing more time for travel to resume and for firms to decide on their use of offices.

Such extensions are understood to come with restrictions attached on payments to shareholders and executives – and the money can be repaid early.

The loan was raised as part of the Covid Corporate Financing Facility which was aimed at easing the pain for the biggest firms. The CCFF still has £11.5billion on loan to around 50 large corporations.

The Mail on Sunday understands some are preparing to repay loans next month including BASF, the German chemicals giant whose £1billion loan is the largest under the scheme.

TechnipFMC, a French-American oil and gas services firm based in the UK, repaid a £600million loan last week.

Together with Stagecoach these companies make up almost a quarter of the loans outstanding.

Hospitality and manufacturing firms also make up a significant portion of the remaining CCFF loans, which are extremely cheap even by the standards of global debt markets and many have interest rates of 0.5 per cent or less.

They were designed as emergency lines of credit for firms that would have struggled to obtain access to debt or additional cash during the height of the crisis.

Figures released in December by Stagecoach reveal it paid around £800,000 to service the Bank of England loan over a six-month period.

Revenues at the company plunged in the half-year to the end of October. However, it managed to remain profitable, making £5.4million compared with £65.9million in the same period a year earlier. 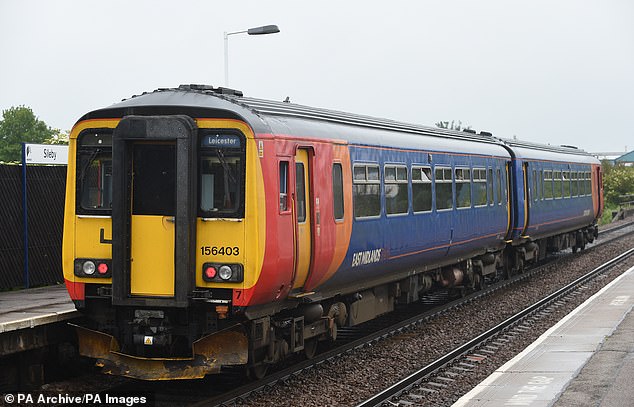 It said in December it had access to £850million in liquidity, cash and deposits. It cut bus services and furloughed staff to cope but said most of its staff had returned to work in early December.

But over the past two years it has lost or exited almost all its rail franchises and was disqualified from participating in the auction for East Midlands, South Eastern and West Coast Partnership franchises after it submitted non-compliant bids.

The company has said its measures to ‘mitigate the impact of the Covid-19 pandemic on the group’ have included a recruitment freeze, salary sacrifices for directors and senior management, a reduction in capital expenditure and securing waivers to bank covenants.