A herbalist who stalked a House of Lords adviser for years at a private gym has been spared jail.

Jumshed Khan, 50, tried to follow 38-year-old Cambridge-educated Roshani Palamakumbura home and pestered her with notes and gifts after first meeting her at yoga classes.

Ms Palamakumbura, who graduated in Political Philosophy and advises on EU and foreign affairs policy, was a regular at Millbank Bannatyne Health Club in Westminster, central London, where Khan also worked out due to living nearby.

He was convicted of stalking the adviser between June 1, 2015, and August 22, 2017, receiving sixteen weeks’ imprisonment suspended for eighteen months after handing his victim a ‘strange’ 26-page letter.

‘She left the gym, she stopped going to yoga classes,’ he said. ‘I think this is more than unpleasant and it went on for years and years.

‘For years you showed unwanted attention towards this lady, who wanted nothing to do with you.

‘This is a serious offence and is a million miles away from harmless and you seem to have shown little remorse.

‘You ignored her saying to you “go away” and that is an aggravating feature. If you speak to her again you will go to prison. 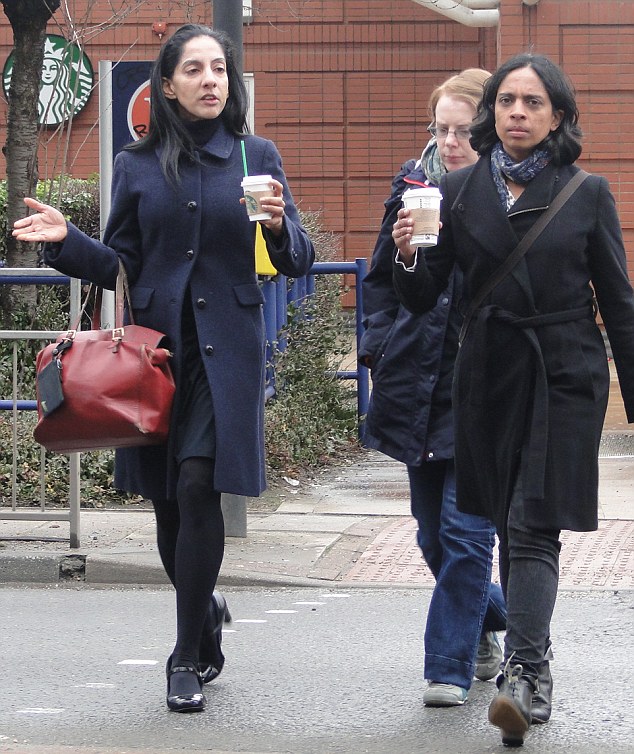 Ms Palamakumbura (pictured, far-left) said she was disgusted by the 50-year-old’s behaviour after he humiliated her during a yoga class at the central London health club

‘You came very close to being sent to prison today, but the public are better protected by you tackling these issues rather than going to prison.’

After following Ms Palamakumbura to a London Underground station, Khan handed  her a ‘disturbing’ 26-page handwritten letter. He also made inappropriate comments to her during his campaign.

Khan even muscled his way into drinks with her boss – former director of the Refugee Council Lord Dubs, 85 – then complained to the court about having to pay.

‘I had to pay for the drinks because he wouldn’t cough up, it was two glasses of wine in the Westminster Arms that cost £19.95. I was hoping he was going to pay, but he never did.’

The stalker was angered by his victim’s choice of a new personal trainer at the gym  and claimed the pair had concocted the case against him.

‘When Roshani began sleeping with Paul they began conspiring together to get me kicked out of the gym. Paul hates me and I think he used Roshani,’ he said.

However, Ms Palamakumbura, a wine expert one employed as a drinks waiter by Gordon Ramsay, said she lied about the romance to get Khan off her back.

‘He was shaking, upset, emotional, almost close to tears,’ she said. ‘I did lie to him and said “yes, I’m sleeping with Paul, we’re in a relationship”. 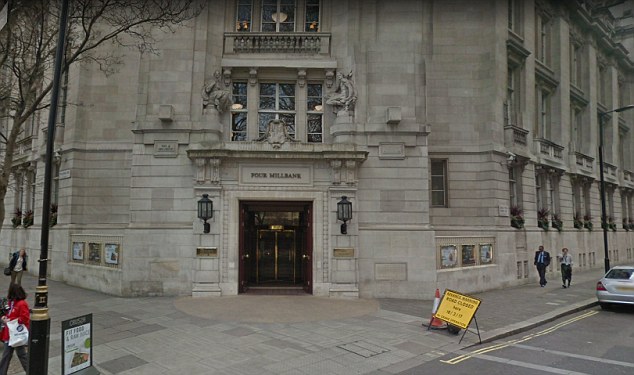 The health club (pictured) in Westminster is where Khan met his victim, sparking a campaign of stalking that lasted years

‘I thought that was the best way to end things. I had to get him out of my space.

‘I began avoiding the gym, I stopped going to yoga and was careful about what I was wearing. I had changed.

‘I tried to avoid classes I knew Jay (Khan) would go to and noticed if I started going to a new class he would to or sit outside my pilates class.

‘I never went to the sauna again and I felt uncomfortable about going to the swimming pool because I knew he’d be there. I was angry and felt I’d lost control of my life.’

She eventually went to the police on August 22, last year after Khan – also called Jay – humiliated her during yoga class and was banned as a result.

‘Jay walked in and was extremely angry and said “you’re in my place and you know it”,’ she said.

‘He was seething. It was incredibly scary and he deliberately wanted me intimidated and he was enjoying it. ‘When Jay was banned it changed everything, not having him there.’ 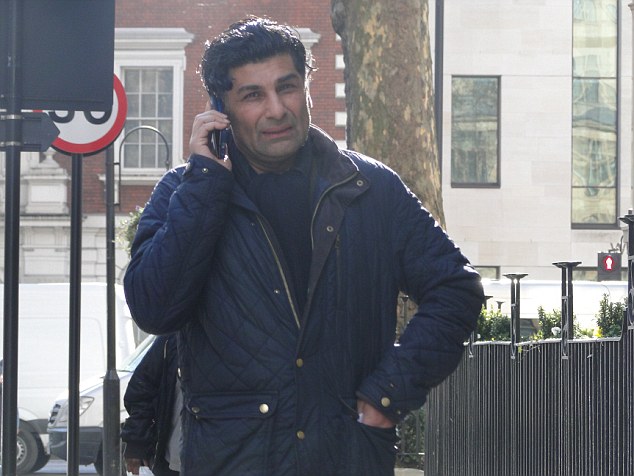 Khan claimed the only written paper he gave her was a health drink remedy, but Ms Palamakumbura told the court he repeatedly gave her notes and ‘little gifts’.

‘I made it clear I thought he was a bit of a quack that didn’t know what he was talking about regarding yoga or health,’ she said.

‘He misinterprets slight interest. He has an incapacity to read signals from women and was very interested in giving advice on how I should diet and look.’

She added his 26-page letter revolted her, saying: ‘It disgusted me at the time. It’s a pathetic unrequited crush.

‘The yoga teacher did tell Jay off for staring. How can he tell me I’m wearing too much make-up or my posture is wrong if he’s not staring?

‘There was another letter after that, something to my mother and he was begging me to go to dinner or for a drink with him.’

She showed friend Emma Mackintosh the letter, who described it as ‘creepy, strange and disturbing’ and told the court: ‘It was like he was psychoanalysing her, I think he was a bit obsessed with her.’

But Khan described himself as a ‘devoted friend and confidante’ to Ms Palamakumbura.

‘She would tell me intimate details of her private life and confide in me about other men she was seeing,’ he said. ‘I became more of an adviser and could see she was making a lot of mistakes.

‘She had multiple relationships with men. I helped her lose weight and get rid of her spots.’

Prosecutor Mr. Jonathan Bryan said: ‘He is a classic stalker. He is absolutely obsessed with this young woman, even when she makes it obvious she doesn’t want his attention.’

Khan must perform 150 hours of community service work, attend up to 30 days of rehab and pay £500 costs along with a £115 victim surcharge after yesterday’s sentencing.