Champion jockey Hugh Bowman has been banned for six weeks after being found guilty of careless riding during a horrific accident where a horse and rider were trampled.

Bowman’s horse collided with another horse during Race 1 at Rosehill Racecourse in Sydney last Saturday.

The 40-year-old shifted out on Smart Image at the 300m mark, causing Hot ‘N’ Hazy, ridden by Andrew Adkins, to clip the heels of Duchess and crash to the ground.

Adkins ended up in hospital with a broken left leg and collarbone, seven rib fractures and a collapsed lung.

Jockey Hugh Bowman, 40, won’t be allowed to race for six weeks after being found guilty of careless riding during a horrific accident where a horse and rider were trampled 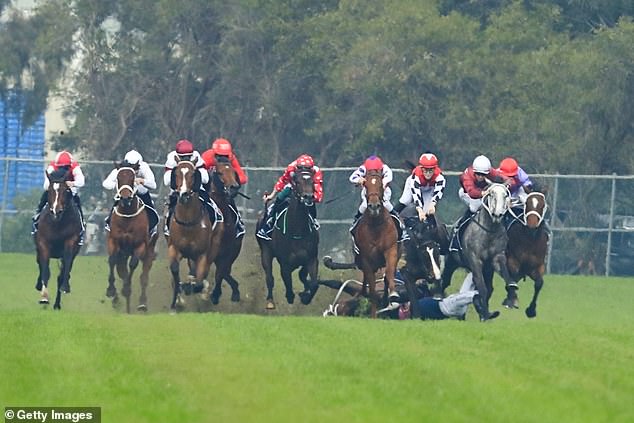 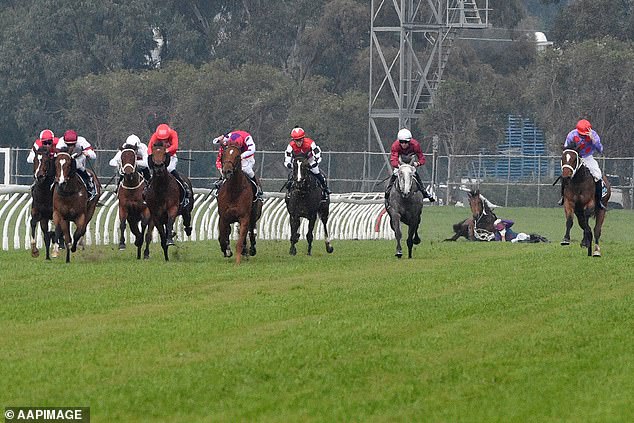 The 22-year-old’s injuries are so severe he will be off the track for the rest of the year.

He remains in hospital and took to social media to thank his supporters.

‘All good. There is a smile under the rona mask! Thanks everyone for the messages,’ Adkins wrote on Instagram. ‘PS: Green whistle is great.’

Two-year-old colt Hot ‘N’ Hazy was had to be put down as a result of his horrific injuries.

Bowman, who is known for riding champion mare Winx, pleaded not guilty but offered his condolences to Hot ‘N’ Hazy’s trainer Danny Williams. 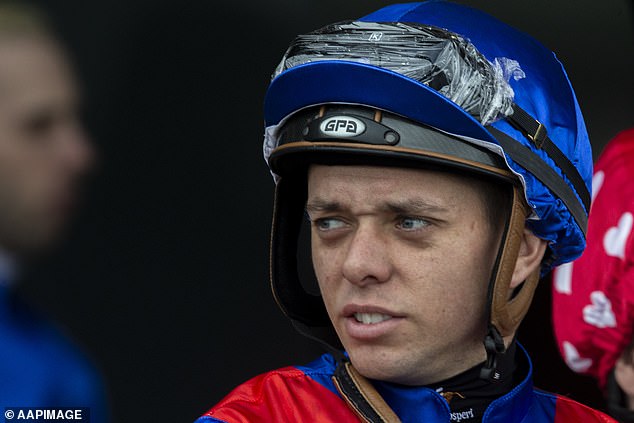 Adkins, 22, ended up in hospital with a broken left leg and collarbone, seven rib fractures and a collapsed lung

‘Having been involved with horses all my life I know how tragic it is with the loss of a horse and for all concerned,’ he said.

‘I’d like to wish Andrew Adkins a full and speedy recovery. I spoke to Andrew on the phone to convey how sorry I was for the accident. He is in good spirits, which was very pleasing and reassuring to hear.

‘I’ve ridden in a lot of races, I would consider myself a careful rider and this was by no means a rushed or spur of the moment decision.’

Bowman said he made a ‘calculated decision’ which resulted in ‘devastating circumstances’ but said he disagreed with Mr Birch’s findings.

Mr Birch told Bowman a three month-penalty is standard, but said stewards will take into account the his ‘race riding record, the contribution of Mr Colourful racing forward of you and the time of year’. 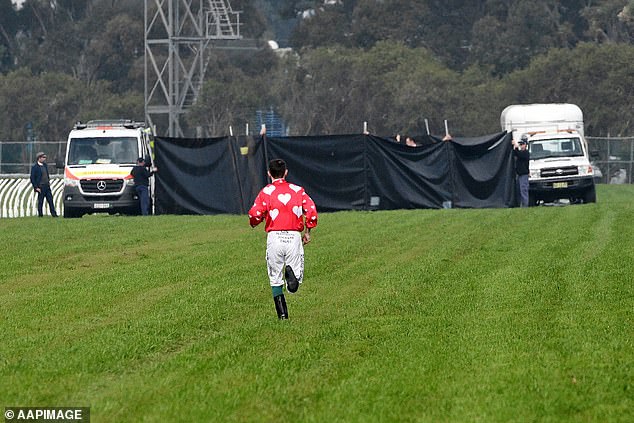 Jockey Robbie Dolan can be seen running towards the scene where jockey Andrew Adkins, riding Hot ‘N’ Hazy, came down during race 1