Hollywood megastar Jason Momoa says he was ‘star-struck’ when he met the New Zealand All Blacks in Auckland on Sunday.

In a post shared on the All Blacks’ Instagram account, captioned ‘The people you run into in Auckland’, the star of Aquaman and Game of Thrones can be seen taking selfies and embracing the team.

Jason Momoa is pictured with All Blacks star Caleb Clarke as he met the famous rugby team while working in Auckland, New Zealand 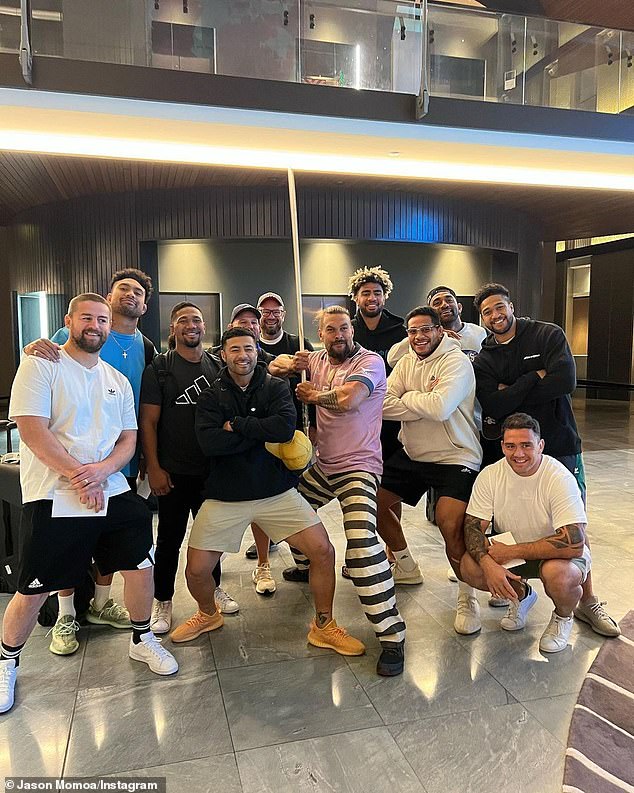 Momoa posed for a variety of photos with the All Blacks. The Hollywood star is a huge fan of the side and says he was ‘starstruck’ after meeting the players

The 43-year-old reposted the photos to his 17 million followers on Instagram with the caption: ‘Mahalo to my favorite team in the world Aloha j.’

Mahalo is Hawaiian for ‘thank you’.

In a second post, Momoa wrote he was a ‘huge’ All Blacks fan and thanked the team for autographing uniforms for him and giving him an experience he won’t forget.

‘I’m still smiling I’m so very thankful to have met u all mahalo for the signed jerseys… and amazing memories,’ he wrote.

Momoa is a noted fan of the All Blacks and has strong ties to New Zealand after living in the country for a short period and starring alongside Kiwi actor Temuera Morrison, who played his father in Aquaman. 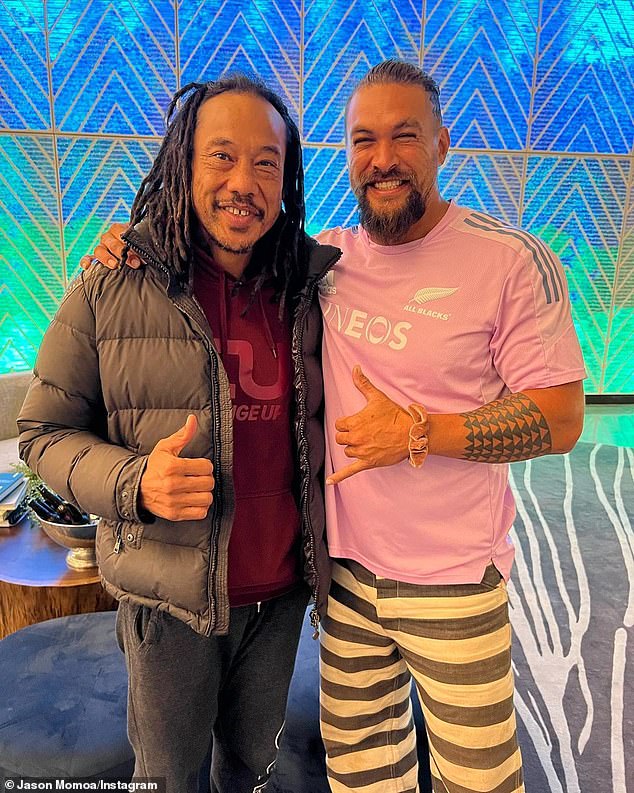 Momoa also has an All Blacks jersey from the 1991 World Cup that he considers one of his most prized personal possessions.

‘It is one of the greatest presents I have ever been given. I never leave home without it. It always travels with me,’ he said.

The Hollywood star is in New Zealand for his new Apple TV+ series Chief of War – which he is starring in, writing and executive producing. 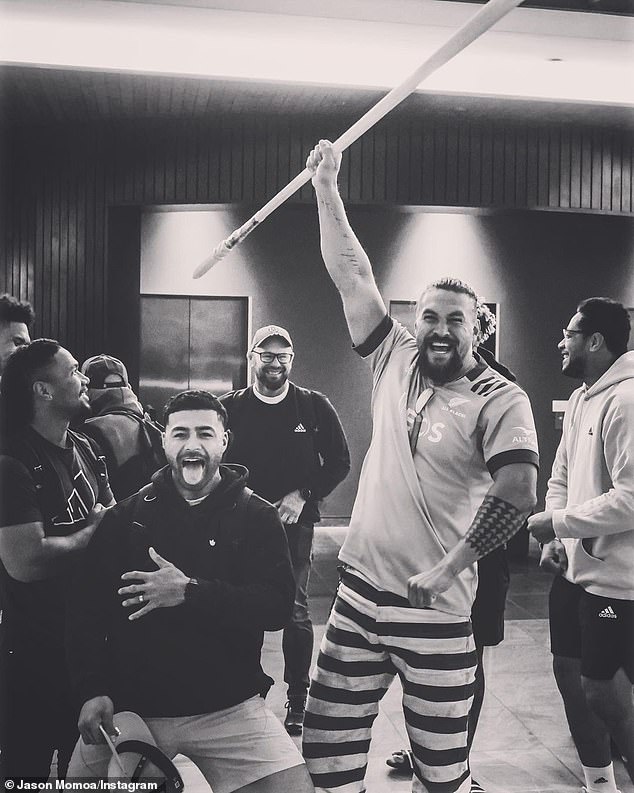 He recently debuted a new traditional Hawaiian tattoo on his head, which he says has been in the making for 20 years.

The All Blacks are preparing for the second Beldisloe Cup Test against the Wallabies at Eden Park in Auckland on Saturday.