Two biologists created a short animated video that shows the journey of a sperm cell to an egg.

The video, which parodies Star Wars, somewhat surprisingly led to the discovery of how, at the molecular level, energy in a sperm cell spurs it toward an egg, a paper published in ACS Nano notes.

The three-minute short film, called ‘The Beginning,’ opens with soaring music and a Star Wars-styled title. 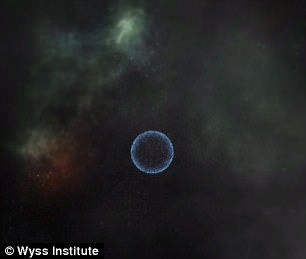 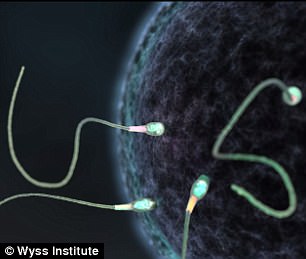 The three-minute film conceived by Don Ingber and Charles Reilly shows an egg as a sort of planet, to which multiple sperm cells race at lightning speed in an attempt to fertilize it 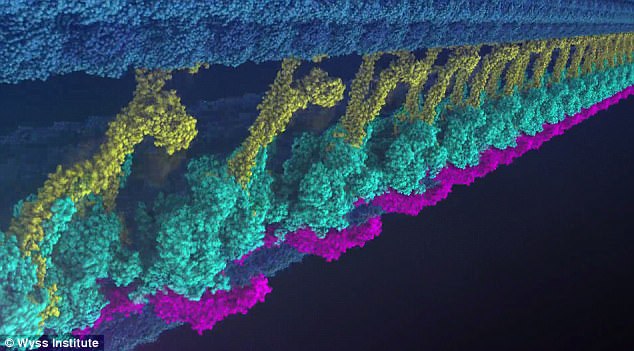 The sperm cell’s tail is shown at the molecular level. The video shows how energy pulsates through the 11 microtubules that comprise the sperm cell’s axoneme, the heart of its tail

Text reads: ‘In the beginning, in darkness, the struggle for supremacy has already begun.

‘Countless agents have been deployed, and are on their way, each willing to sacrifice its life to complete the mission.

‘This is their destiny. But only one will be victor. Only one will dictate the future for generations to come…’

The video then travels through space to an egg, which to further the Star Wars analogy appears as a sort-of planet.

Around the 1.45 mark, we get a view inside one sperm cell’s molecular makeup, which is animated in yellow, turquoise, magenta and lavender.

The cell we see inside successfully enters the egg and fertilizes it, thereby making it impenetrable to all the other hopeful sperms via the cortical reaction, the process by which the egg’s shell hardens.

Visually, the impenetrability is signaled by the egg’s glowing.

The cells divide at the end, signalling that the egg has been fertilized. 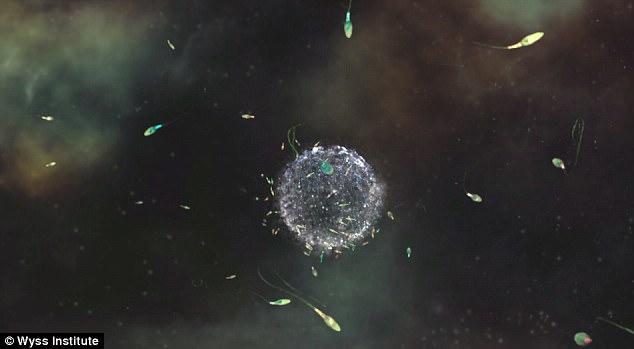 The successful sperm caused the egg to become impenetrable to all the other hopeful sperms via the cortical reaction, the process by which the egg’s shell hardens. This is visualized by a sort of glowing 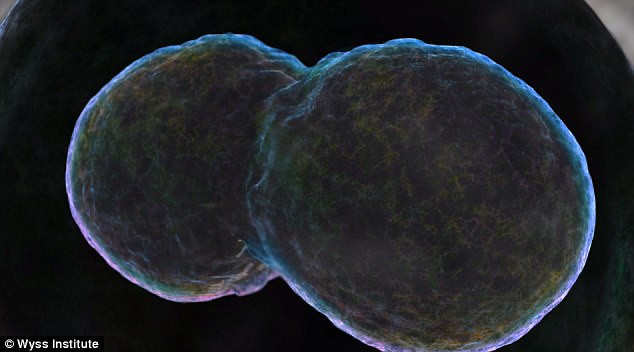 The end of the video shows that the egg was fertilized

The trailer cheekily notes that the film is rated ‘S’ for Scientific and features ‘Physical Reality, Scientific Concepts, Sexual References and No Violence.

The video’s makers note: ‘Under 17 has the same responsibility to view this as an adult.’

The animation was conceived by Don Ingber and Charles Reilly, both of whom are scientists at the Wyss Institute for Biologically Inspired Engineering at Harvard University.

The video’s visualization of the sperm cell’s molecular makeup helped scientists understand how energy pulses through a cell. 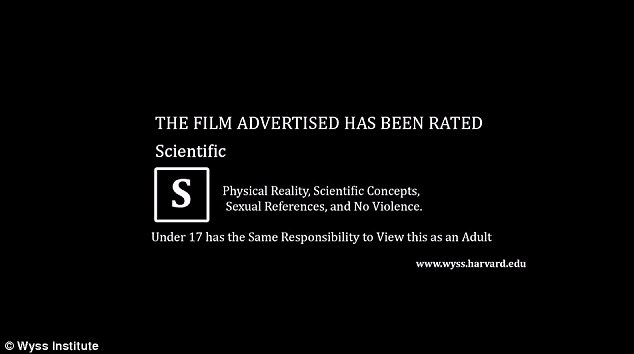 The video cheekily notes: ‘Under 17 has the same responsibility to view this as an adult’

‘We set out to produce an entertaining short film depicting the fertilization of the egg by sperm as a parody of a preview for another Star Wars movie to excite the public about science, but ended up developing a simulation tool for multiscale modeling,’ the pair notes in their study ‘Art Advancing Science: Filmmaking Leads to Molecular Insights at the Nanoscale’.

‘Pursuit of an artistic work led to insights into biology at the nanoscale as well as the development of a highly generalizable modeling and simulation technology.’

The pair successfully created a realistic 3D representation of the dynein protein, which is on the sperm’s tail, and visually demonstrated how the protein propels a sperm cell.

Their animation shows how the dynein protein attaches to each of the 11 microtubules that comprise the sperm cell’s axoneme, the heart of its tail.

The biologists were able to visually demonstrate the movement of the dynein protein during the release of energy from the cell to the egg, while previous animations had not shown this process on the molecular level. 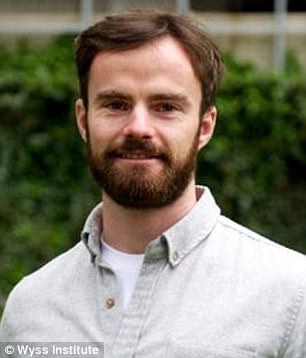 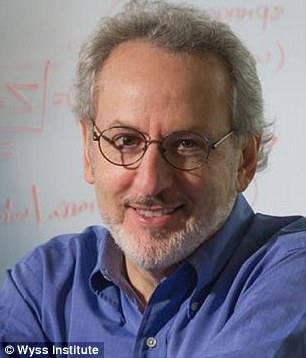