Muslim woman, 19, wearing hijab says Starbucks barista wrote ‘ISIS’ on her cup but manager passed it off as a ‘mistake’ and gave her a $25 gift card

A Muslim teenager is voicing her outrage after a Starbucks barista allegedly wrote ‘ISIS’ on her coffee cup.

Aishah, who only released her first name for safety reasons, said she ordered a drink at a Starbucks inside a Target in St. Paul, Minnesota on July 1 when she received the shocking phrase on her order.

The 19-year-old said she was wearing a hijab when she made her order and repeated her name multiple times.

But she was appalled when she received her beverage and saw ‘ISIS’, which stands for the Islamic State in Iraq and Syria, scrawled on it. ISIS is a terrorist organization associated with radicalized people of the Muslim faith on it.

‘When I first received the drink I was in shock that in this day and age something like this could be written,’ the shaken college student said during a press conference on Monday with a civil rights attorney, slamming the incident as Islamaphobic.

Minnesota student Aishah, 19, says a Starbucks barista wrote ‘ISIS’ on her cup at a St. Paul location inside a Target store on July 1. She said she was wearing a hijab and repeated her name several times 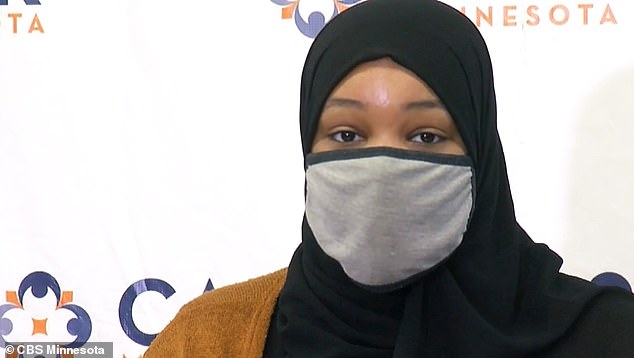 Aishah said at a press conference Monday: ‘When I first received the drink I was in shock that in this day and age something like this could be written.’ She’s calling for the barista and manager to be fired

She said she felt humiliated, enraged and belittled by the incident.

Aishah said she asked to speak with the manager, but they ended up defending the barista, calling the incident a mistake.

The manager told Aishah, ‘What’s the issue? People get their names wrong all the time,’ according to Jaylani Hussein, the executive director for the Minnesota chapter of the Council on American-Islamic Relations (CAIR), which held the press conference.

Starbucks gav Aishah a new drink and a $25 gift card before she left the store.

Target released a statement saying that the barista misheard Aishah’s name and issued an apology.

‘We have investigated the matter and believe that it was not a deliberate act but an unfortunate mistake that could have been avoided with more clarification,’ the statement said. 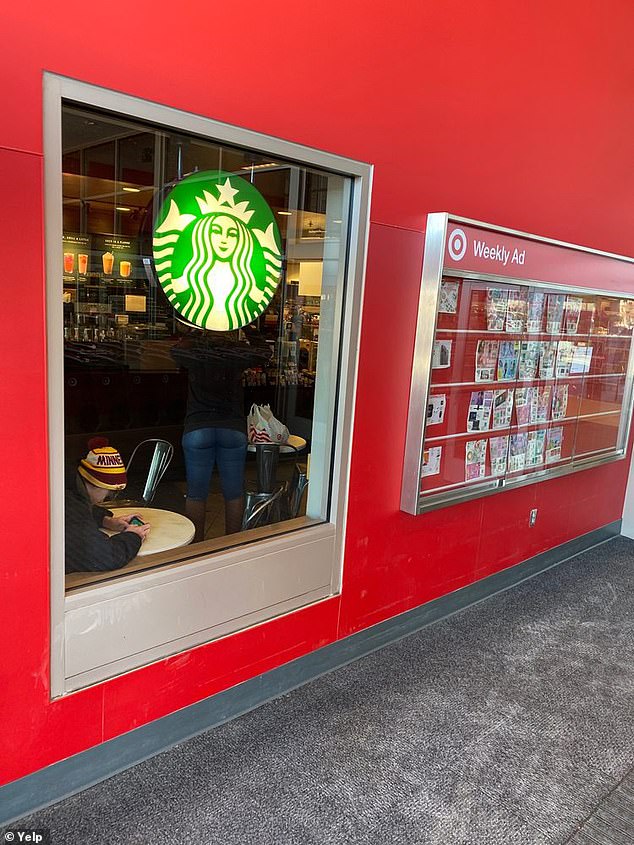 The incident took place at a Starbucks location inside a Target store in Midway in St. Paul

‘We’re taking appropriate actions with the team member, including additional training, to ensure this does not occur again,’Target added.

In a Target statement cited by CAIR, the store said the barista ‘has never heard of ISIS.’

CAIR said it is planning on filing discrimination charges with the US Department of Human Rights, Hussein said Monday.

‘When we talk about this word ISIS and the weight that it has in the Muslim community, unfortunately with Islamophobia — the number one thing discriminatory identified is “terrorist,”‘ Hussein said. 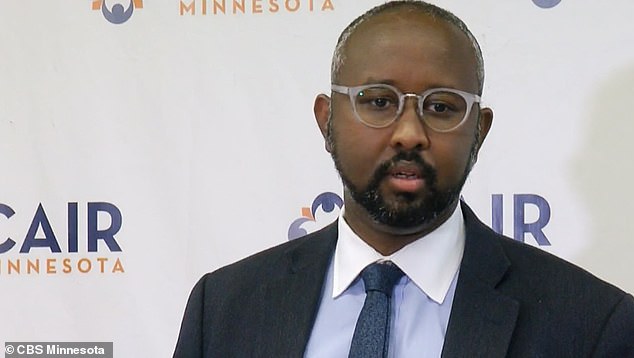 CAIR said it is planning on filing discrimination charges with the US Department of Human Rights, Jaylani Hussein, the executive director for the Minnesota chapter of the Council on American-Islamic Relations, said Monday

‘And the fact of the matter here is that using this word for us would be the same as a Black man today, being used the N-word, or anything else that would be offensive,’ he added.

Aishah is calling for the barista and manager to be fired.

‘We call on Brian Cornell and Target to make the same commitment to stand against Islamophobia and all forms of discrimination and hate,’ Alec Shaw, a civil rights attorney for CAIR, said Monday.

Target CEO Brian Cornell released a statement in May saying his company is committed to standing against racism.