Now that the fever for the Unicorn Frappucino has cooled, Starbucks has found a new way to get everyone snapping up coffees – and snapping plenty of pictures.

The international coffee chain has released a new cold brew drink that changes colours right before your eyes.

Dubbed the Butterfly Pea Lemonade Cold Brew, the drink transforms from blue to a deep purple ombre among layers of espresso brown and pale yellow colours.

The drink is able to accomplish this mood ring magic thanks to butterfly pea flower tea, a trendy ingredient in Southeast Asia.

Butterfly pea flower tea is naturally blue, but it changes colour and turns purple when it reacts with the citrus in the lemonade.

The drink is topped with Starbucks Cold Brew coffee to make sure you’re still getting a caffeine hit after taking those Instagram pics. 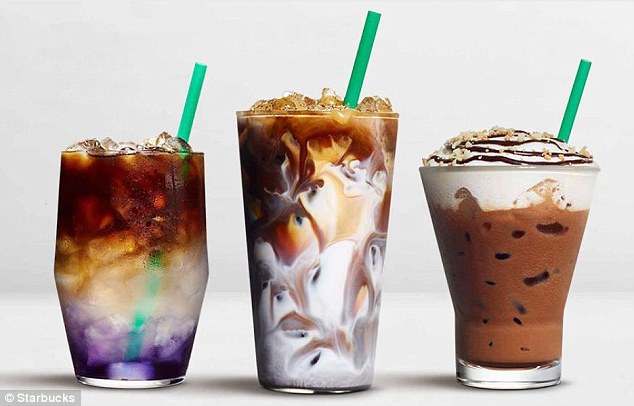 Dubbed the Butterfly Pea Lemonade Cold Brew, the drink is one of three released by the international coffee chain in select Asia markets this week

Starbucks revealed that the limited edition drink will be released in select Asia markets on February 20 to celebrate the coming of spring.

The drink will also only be available iced.

But that’s not the only new Starbucks drink to get excited for – at least if you’re in Asia.

The chain has also released a Macadamia Cocoa Cappuccino, combining espresso and creamy milk foam with macadamia chocolate sauce and a crumble of macadamia nuts and graham crackers on top. 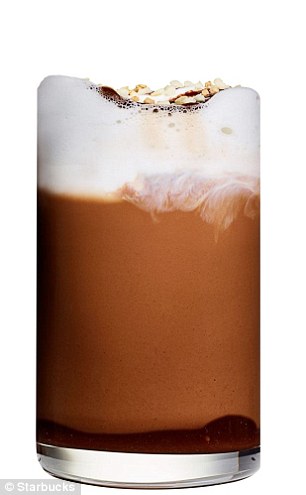 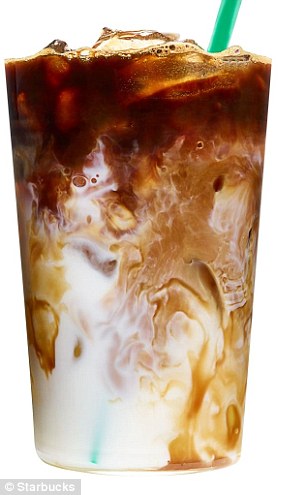