Stargazers enjoyed catching the stunning Lyrid meteor shower last night, with up to 15 meteors lighting up the night sky every hour.

Meteor showers, or shooting stars, are caused when pieces of debris, known as meteorites, enter Earth’s atmosphere at speeds of around 43 miles per second, burning up and causing streaks of light.

The Lyrids takes its name from the constellation of Lyra the Harp, where the shooting stars appear to originate from. The celestial display peaked last night and was visible until the early morning of today.

The meteors are pieces of debris falling from the Thatcher Comet, which is expected to return to the inner solar system in 2276, after a 415-year orbital period.

Tania de Sales Marques, an astronomer at the Royal Observatory Greenwich, said: ‘Comets are basically dirty iceballs that heat up as the comet approaches the sun, releasing dust and gases into space, and if the Earth, as it moves along its orbit around the sun, encounters these clouds of dust, then we get a meteor shower.’

Ms de Sales Marques said meteor showers can be seen when people are somewhere shielded from city lights. She added that the moon is in its ‘waning crescent phase’, which meant stargazers had a ‘nice dark sky’.

Those waiting to catch a glimpse of the meteors were also able to spot Vega, which is Lyra’s brightest star, once it had risen in the north-east direction after 8pm last night. The Lyrids occur between April 16-25 every year.

Did you take pictures of the Lyrid meteor shower?

Did you take any pictures of the Lyrid meteor shower last night? Email them to: pictures@mailonline.co.uk

The Millennium Bridge in London is illuminated under the stars last night. The clear skies created by the New Moon coincide with the Lyrid meteor shower, an annual display caused by the Earth passing through a cloud of debris from a comet 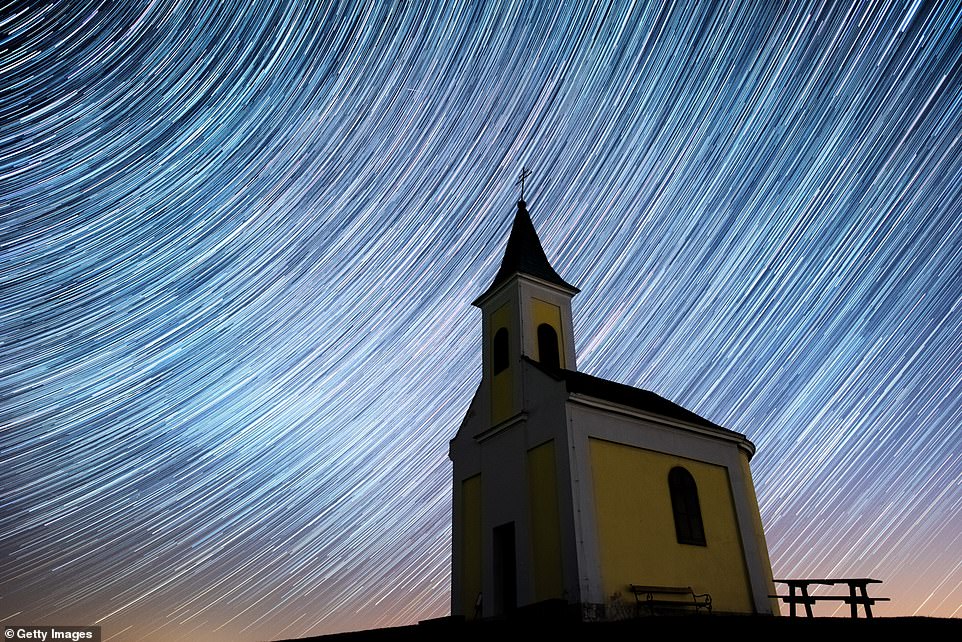 Startrails are seen during the Lyrids meteor shower over Michaelskapell in Niederhollabrunn, Austria, last night 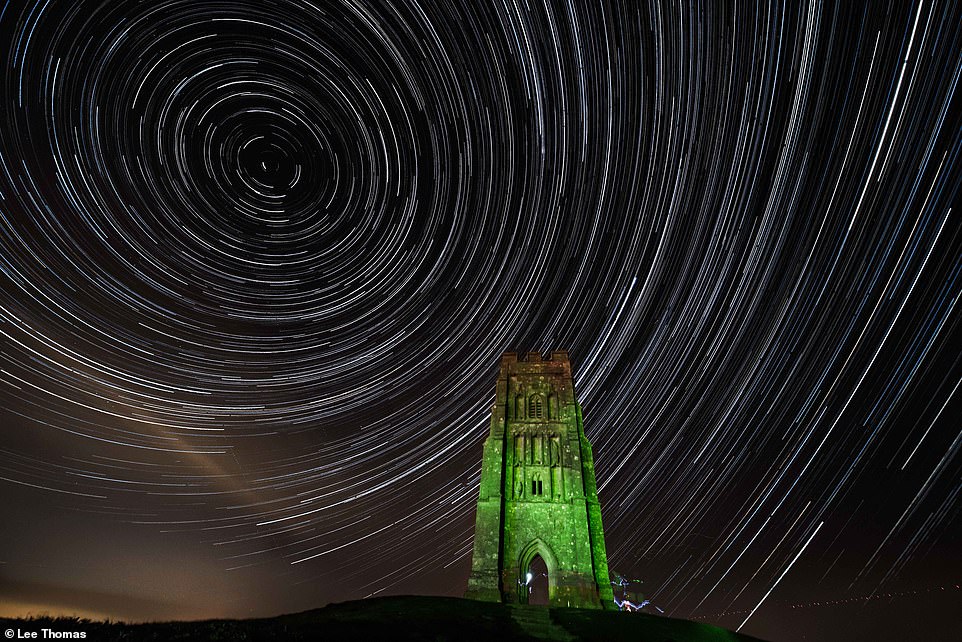 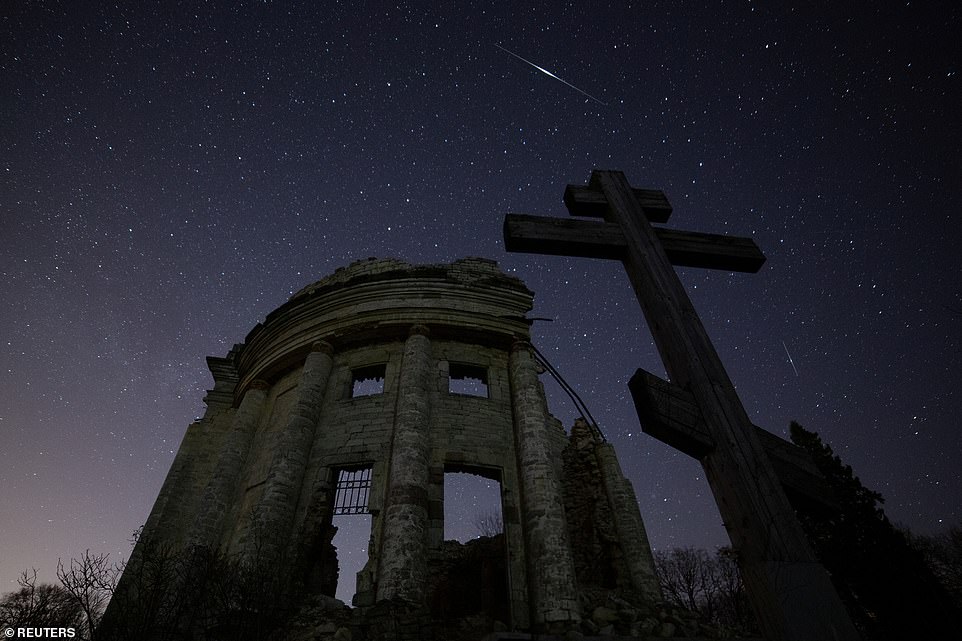 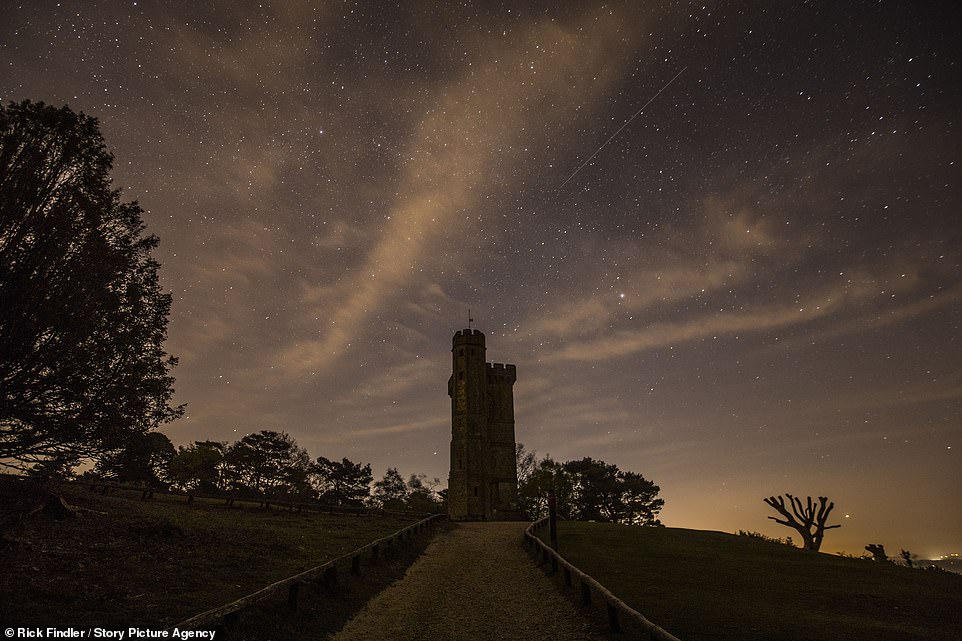 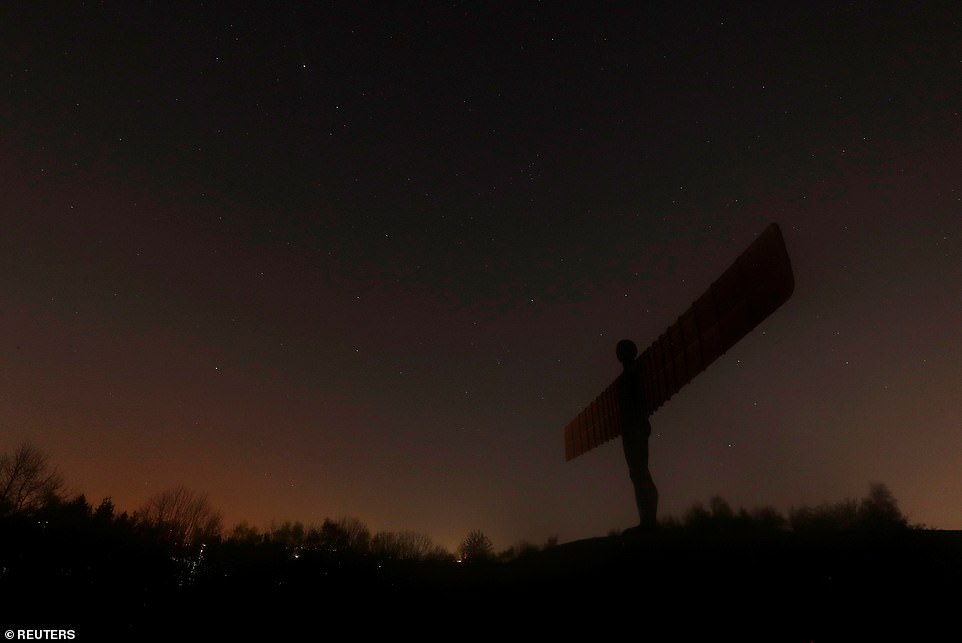 The Angel of the North sculpture in Gateshead, Tyne and Wear, is pictured this morning during the Lyrid meteor shower 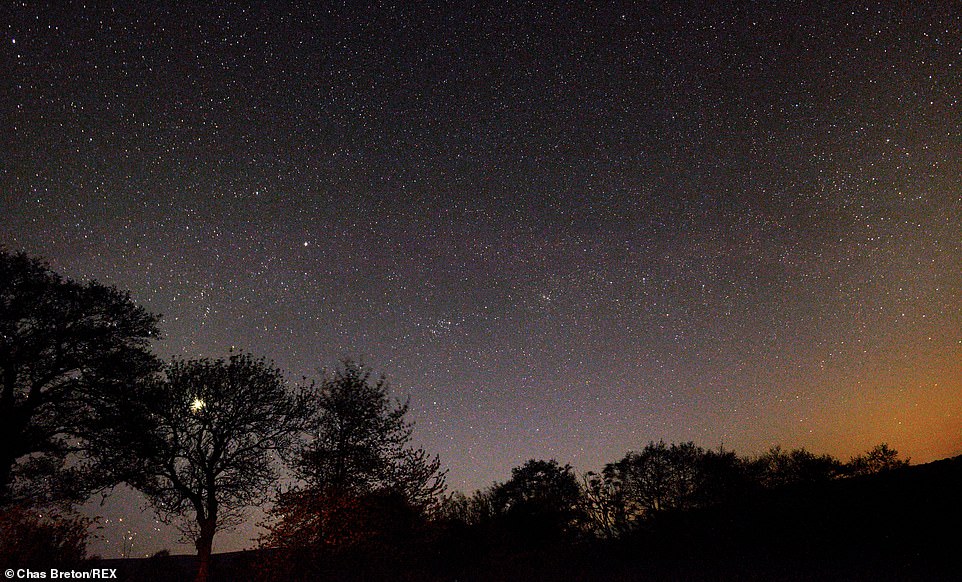 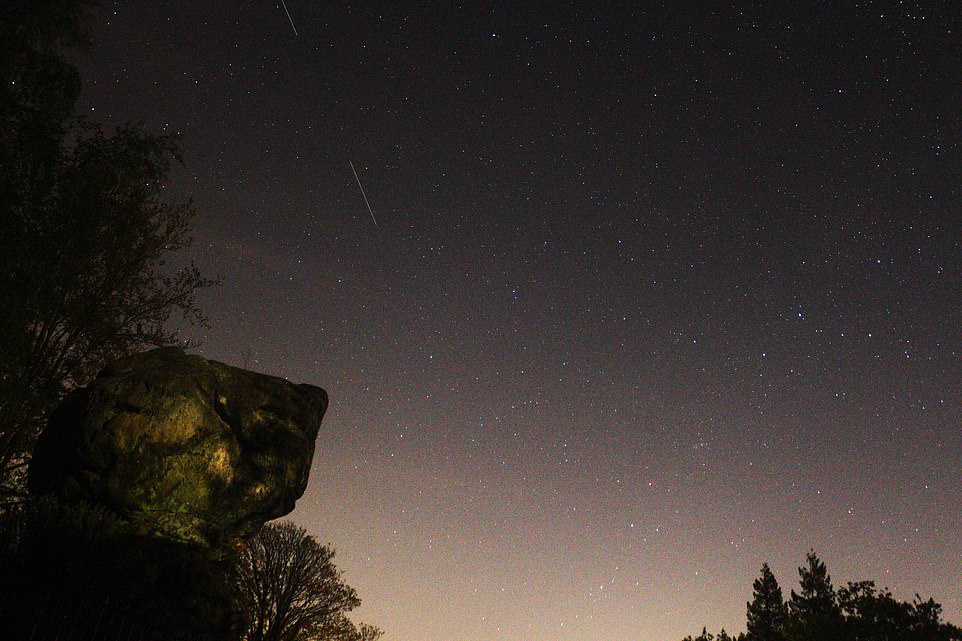 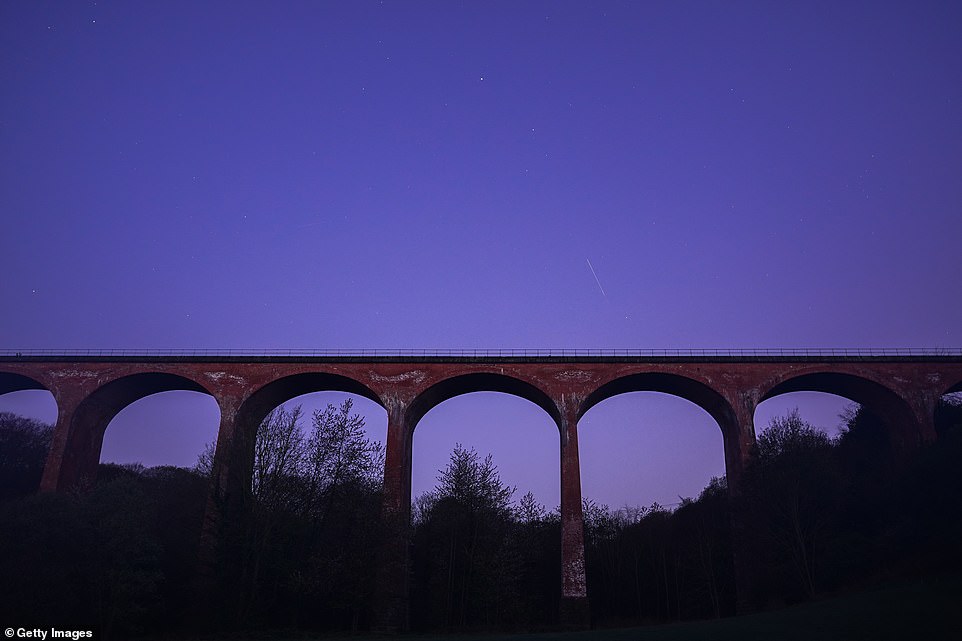 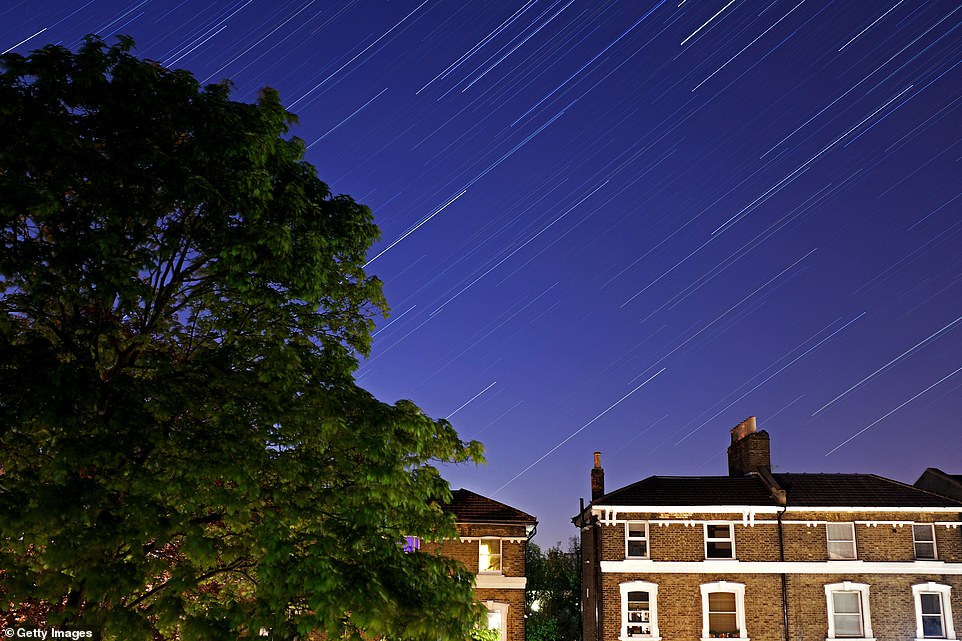 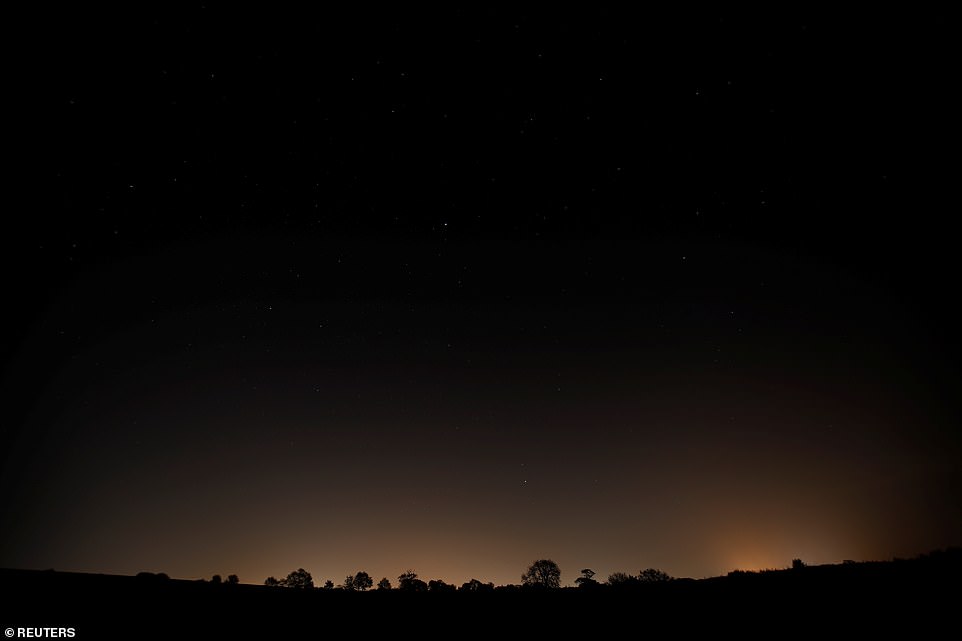 A view of the night sky during the meteor shower over Upper Weald, near Milton Keynes in Buckinghamshire, this morning

* Did you take any pictures of the Lyrid meteor shower last night? Email them to: pictures@mailonline.co.uk *