The stars and producers of axed show Bones have been awarded $179 million following a long-running legal battle after it was found that Fox ripped them of tens of millions of dollars in profit.

An arbitrator has ordered Rupert Murdoch’s 21st Century Fox to pay $178.7 million in damages to actors David Boreanaz and Emily Deschanel, as well as the show’s producers, after it found the TV studio had defrauded the creative team.

The ruling earlier this month said the Fox lied and hid profits from the show to avoid compensating the actors and producers.

Fox has already said it will fight the ruling, saying the arbitrator was ‘categorically wrong on the merits’. It is seeking to void punitive damages of $128.5 million, but is not fighting the actual damages of $50.2 million.

An arbitrator has ordered Rupert Murdoch’s 21st Century Fox to pay $178.7 million in damages to Bones actors David Boreanaz and Emily Deschanel, as well as the show’s producers, after they filed a lawsuit claiming they had been ripped of profits

According to the arbitration documents, Fox made a deal to air Bones with the network and streaming-service Hulu, which was owned by the studio at the time.

The deal, which was to renew Bones following its fourth season, saw the studio negotiating to favor itself rather than renewing the existing deal that would have favored the stars and creative team, according to the arbitrator. 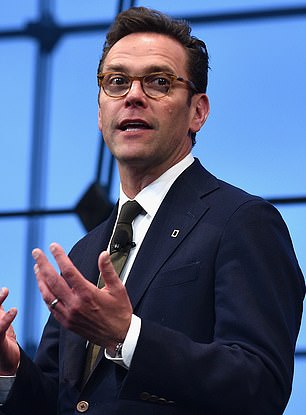 Executive producer Barry Josephson claims James Murdoch once told him Bones was maybe ‘the most profitable show in Fox’s history’. It ran from 2005 to 2017

The arbitrator said Fox, which aired the crime drama series from 2005 to 2017, lied and covered up financial details of the deal.

Executive producer Barry Josephson claims James Murdoch once told him Bones was maybe ‘the most profitable show in Fox’s history’, according to the Hollywood Reporter.

Bones made nearly half a billion dollars in its first seven seasons and the actors and producers had claimed Fox defrauded them of their rightful profit participation.

The decision sheds light on the complicated deals made between studios and streaming services, especially if one company has stakes in all of them.

Studios are responsible for selling the shows. If they are within the same structure as a streaming service – like Fox and Hulu were – they can underhandedly charge them less licensing fees.

This means less profits are shared between the actors and producers.

The arbitrator accused Fox of doing this in the legal dispute with the creative team behind Bones.

In the ruling, the arbitrator blasted senior Fox executives – including Dana Walden, Gary Newman and Peter Rice – and criticized Fox for its ‘intentional acts of fraud and malice’. 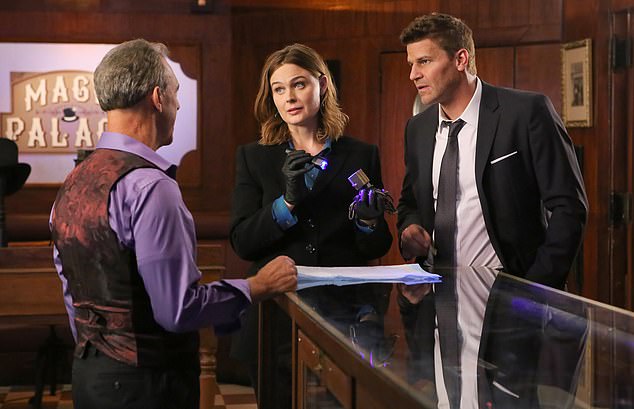 The ruling earlier this month said the Fox lied and hid profits from the show to avoid compensating the actors and producers. Boreanaz and Deschanel were the stars of the show for its duration from 2005 to 2017

‘The obvious inferences of self-dealing, conflict of interest and the lack of any arm’s length negotiations leap off the page,’ the arbitrator said.

21st Century Fox denied the allegations in a statement.

‘The ruling by this private arbitrator is categorically wrong on the merits and exceeded his arbitration powers,’ the company said.

‘Fox will not allow this flagrant injustice, riddled with errors and gratuitous character attacks, to stand and will vigorously challenge the ruling in a court of law.’

Actors David Boreanaz and Emily Deschanel, who were the stars of the show for its duration, both issued statements after the ruling.

‘We are so proud of the hard work we did on Bones for 12 seasons and only ever wanted Fox to live up to its promises and contractual obligations. I am grateful that such a well-respected arbitrator reviewed the facts so thoroughly before ruling the way he did. I look forward to the legal system continuing to hold Fox accountable so that we can all move forward,’ Deschanel said.

Meanwhile, Boreanaz said: ‘I loved working on Bones with such an incredible cast and crew – and I will not allow this legal process to sour those wonderful memories. But as you look at the ruling, it’s clear that what we were saying all along was true: we were owed additional compensation for our work. Now I can only hope that Fox is made to settle its obligations to us without further delay.’