Being the child of a celebrity comes with all sorts of perks, and it seems that stars’ offspring get the taste for the high life from a very early age.

Celebrity parents have been showing off their little ones’ very lavish nurseries on Instagram with accessories that go way beyond a changing table and a stack of teddy bears.

Emma McVey, the model of Geordie Shore’s Gaz Beadle, has treated fans to glimpses of their son Chester’s minimalist white nursery which has its own baby ball pit from Polish brand Zuzu-La.

It’s a popular nursery addition for celebs, with Ferne McCann also installing one in her daughter Sunday’s gender neutral nursery.

Model Emma McVeu, the girlfriend of Geordie Shore’s Gaz Beadle, in the nursery with their son Chester who has his own ball pit 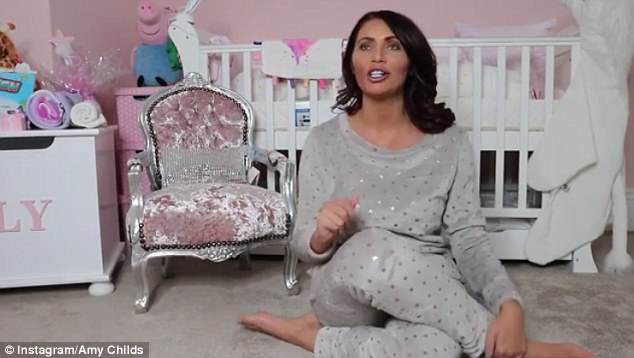 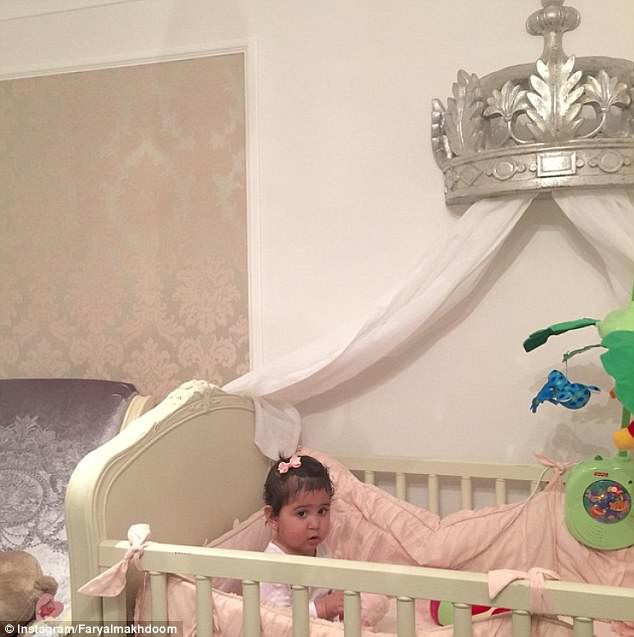 Tasteful shades of grey and white is very much the look of the moment for style conscious stars.

However, Amy Child’s couldn’t resist decking her baby girl Polly’s bedroom out in more traditional colours, complete with a mini silver throne with pink velvet upholstery and a sequinned cushion.

Amir Khan’s wife Faryal Makhdoom also opted for a princess theme for their daughter Lamaisah’s room, with drapes over her cot attached to a huge wall-mounted silver crown.

Singer Katherine Jenkins, also had a princess theme for her daughter Aaliyah who even had her own personalised nappies with her name a crown emblazoned on them. 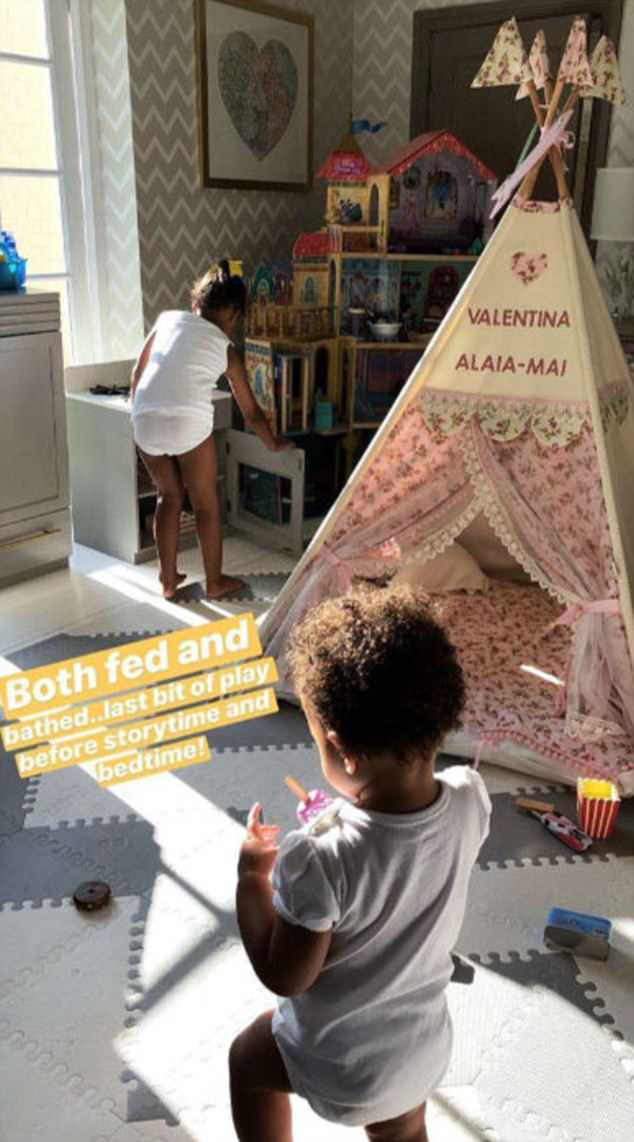 Rochelle and Marvin Humes daughters Alaia-Mai, five, and Valentina, one, have their own personalised floral teepee to play in, as well as a huge princess castle doll house 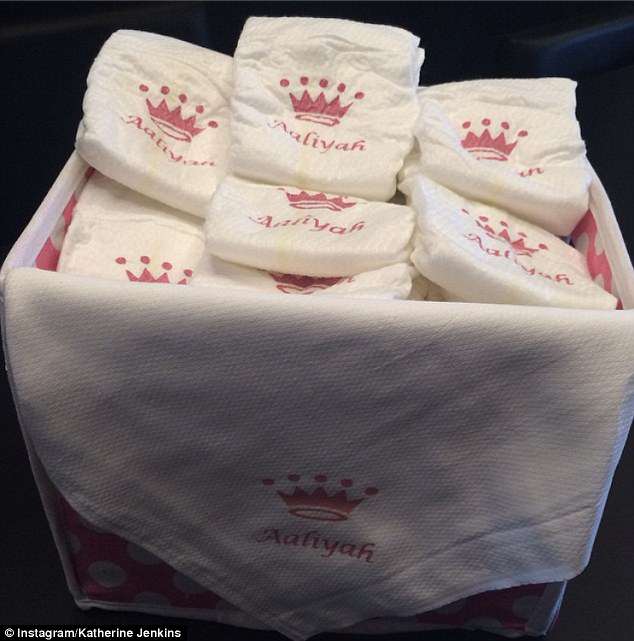 Personalisation is also a huge trend, with Danielle Lloyd’s youngest son Harry being the proud owner of a huge toy box with a plus velvet cover, emblazoned with his name.

Meanwhile, Rochelle and Marvin Humes daughters Alaia-Mai, five, and Valentina, one, have their own personalised floral teepee to play in, as well as a huge princess castle doll house.

Even Billie Faiers’ son Arthur’s Peter Rabbit washbasket is personalised with his name and initial. 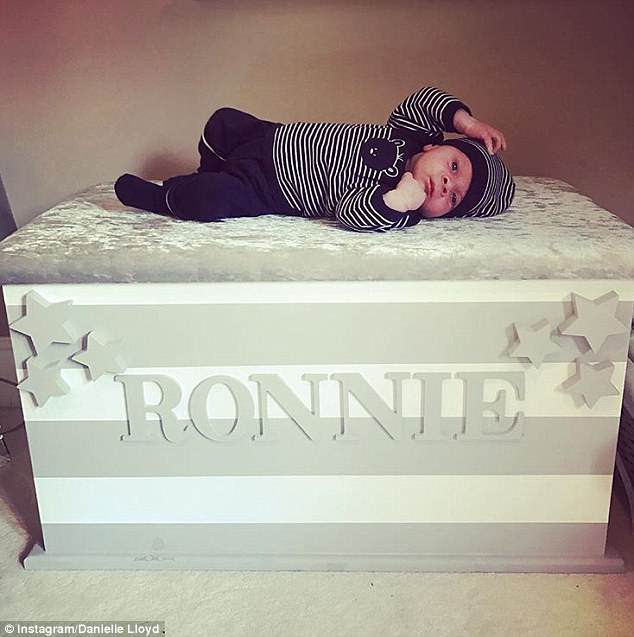 It’s mine! Danielle Lloyd’s youngest son Ronnie won’t have to worry about his older brothers stealing his toys 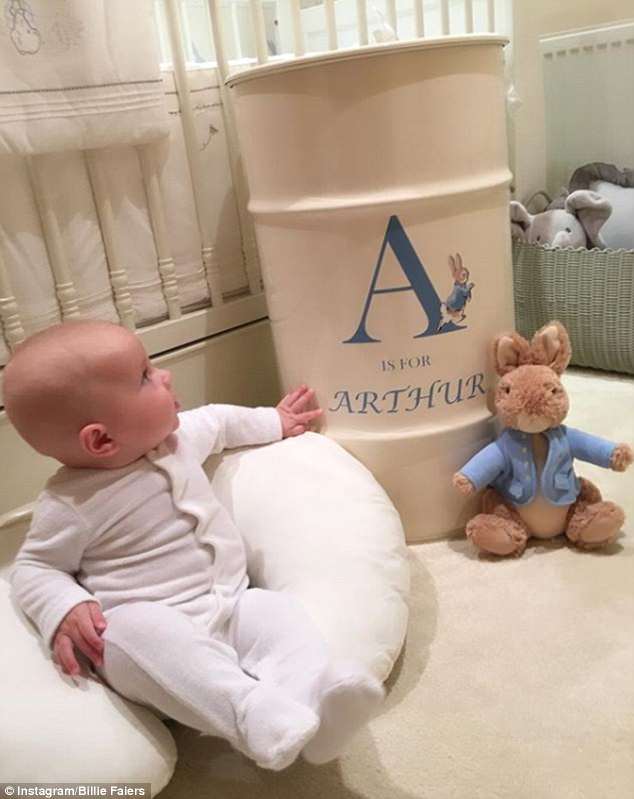 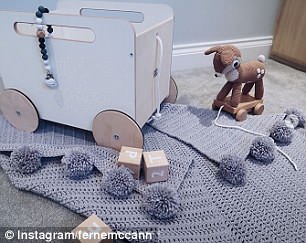 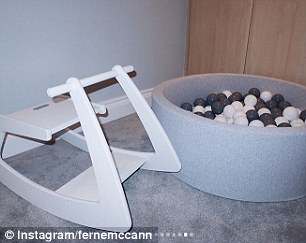