By Holly Thomas For The Daily Mail

Tax-efficient saving is not just for grown-ups. Parents and grandparents can pay into a Junior Isa account that could provide a bumper cash payout when children reach adulthood.

And with the average student debt at an eye-watering £50,000 and house prices soaring, a healthy savings pot could prove a real boost.

Money saved or invested in a Junior Isa is locked away until the child reaches 18, and earnings are tax-free.

Helping hand: With the average student debt at an eye-watering £50,000 and house prices soaring, a healthy savings pot could prove a real boost for children heading to university

You can open a standard cash Junior Isa, or an investment account. While money has the greatest chance of growing when invested, most parents are choosing cash savings.

Rob Burgeman, of Brewin Dolphin, says: ‘It makes little sense to pick cash for a Junior Isa. The interest rates on cash savings accounts tend to be below the rate of inflation. Over time, the ‘real’ value of your child’s savings will decline.’

According to AJ Bell, if you had invested the full Junior Isa allowance each year from launch in 2011 at the start of each new tax year, the fund would now be worth £75,779.

That’s based on contributions of £53,836 and investing in the FTSE All Share index. The maximum annual investment was raised recently to £9,000.

‘The earlier you start, the better your chances are of boosting your child’s future financial security by benefiting from investment growth and compound returns.’

A Junior Isa can be opened online with any fund supermarket such as AJ Bell, Hargreaves Lansdown, Interactive Investor or even at John Lewis. Some offer funds picked by experts, which saves you from having to. 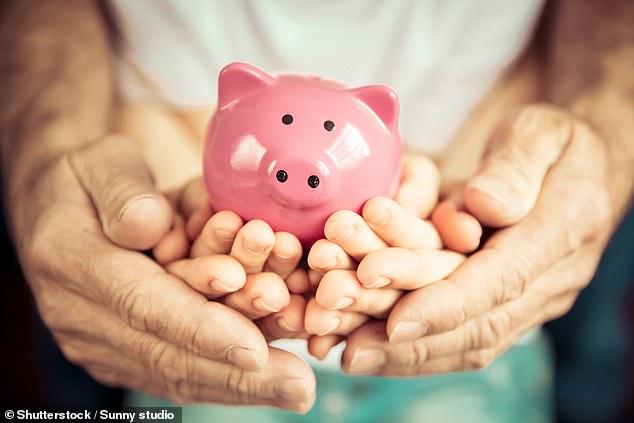 Money saved or invested in a Junior Isa is locked away until the child reaches 18, and earnings are tax-free

Family and friends can contribute, too. As it’s for the long term – up to 18 years at most – you can choose a higher level of risk.

That’s because there’s time for your investments to ride out the ups and downs of the stock market and for any losses to recover. Mr Burgeman likes Fundsmith Equity fund for a Junior Isa.

Nutmeg found most (78 per cent) parents were likely to pick socially responsible investments, due to children’s interest in climate change.

Moneyfacts says the average rate paid on a Junior cash Isa today is 1.64 per cent.

Giving money to children through a Junior Isa is a simple way to reduce your estate for inheritance tax. You can give away up to £3,000 each year which is exempt from the tax.

Fund has 18 years to grow 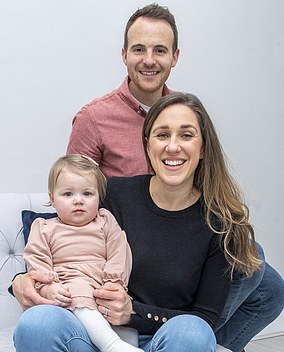 Planning ahead: Karl, Joanne and Ella

Karl and Joanne Broom opened a Junior Isa for daughter Ella when she was two weeks old.

Karl, 34 a software sales manager from Essex, says: ‘We wanted to start saving for her as soon as we could so she can pay towards university, a deposit on a home or just have options.’

Karl and Joanne, 35, a PA, have invested ad hoc lump sums into Ella’s Isa but will pay monthly into the Nutmeg account soon.

Ella’s money will be invested in higher-risk funds.

Karl adds: ‘Since this is an at least 18-year investment, we can take risks.’