A new report reveals how thousands of Afghans who risked their lives to work with American armed forces are still facing delays and bureaucratic hurdles as they seek safety in the United States.

The State Department’s inspector general reveals that in May, almost nine months after American forces left Afghanistan, there were 325,000 email messages left unopened in the mailbox for applications for a special visa.

It is the latest evidence that Washington was unprepared for the huge number of Afghans needing help to flee the Taliban.

President Joe Biden has repeatedly pledged to do everything to rescue interpreters and others who ‘served shoulder to shoulder’ with U.S. forces.

But the October review of the Special Immigrant Visa program reveals a litany of failures triggered by the hurried withdrawal from Afghanistan.

It reported that although the State Department had taken action to address shortcomings reported in 2020, it had not gone far enough, leaving it unable to cope with a surge in applications during and after the exit last year.

Thousands of desperate people besieged Kabul’s Hamid Karzai International Airport in August last year after the Taliban took over the city. The US promised to help Afghans, such as translators, who had worked with U.S. forces but thousands are still waiting for visas 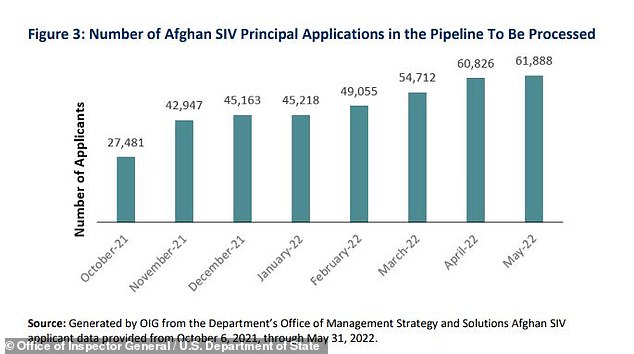 A new report  by the Office of the Inspector General of the Department of State reveals that the backlog of people waiting for Special Immigrant Visas increased in the eight months after the U.S. withdrawal, and hundreds of thousands of emails went unopened

‘Inadequate staff resources, lack of planning and coordination, and technology system challenges have led to long application processing times and have left the Department unable to meet the statutory 9-month goal on Afghan SIV processing,’ it said.

‘Consequently, the long applicant processing times may have delayed vulnerable Afghan allies from reaching safety in the United States.’

Although the unit went from eight staff members to 42 after Biden announced his withdrawal, it was still unable to cope, says the report.

It cited the backlog of email messages.

‘As of May 2022, the email account had over 325,000 unread messages, and [Office of the Inspector General] observed that [National Visa Center] staff were still opening unread emails dated from August 2021,’ it said.

The Afghan Evac Coalition highlighted the findings and said previous recommendations had not been properly implemented.

‘We CAN and MUST do better to improve the SIV process – lives literally hang in the balance,’ it said in a tweet.

‘We need greater coordination & oversight to ensure we #keepthepromise we made as a country.’ 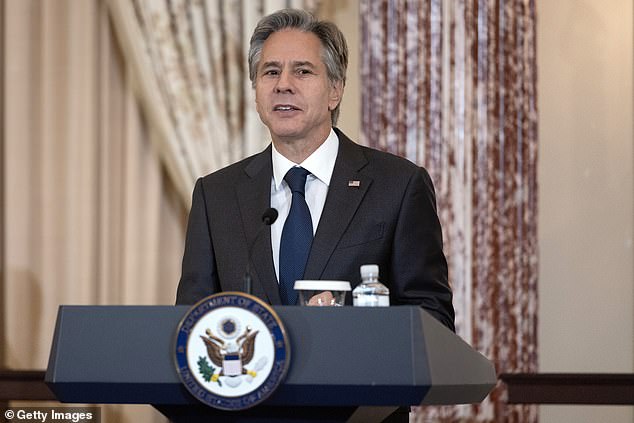 At the same time, the number of people seeking special visas has increased.

The report cites State Department figures showing that a year ago some 27,000 people had applied; by May the number was almost 62,000.

Adding in all their family members, and the backlog has grown to more than 300,000 people.

‘Despite staffing adjustments, the department currently faces an even larger application backlog, in part, because of the increase in applications following the events of August 2021,’ it said.

‘The principal application backlog has been increasing consistently since at least October 2021.’

The State Department did not immediately respond to a request for comment.

But a spokesman told the Washington Times: ‘The department will continue to ensure Afghan SIV applications are processed as quickly as possible in accordance with statutory requirements, while continuing to safeguard U.S. national security.’