The State Department has created a vacant fake city in its new cutting-edge Virginia compound designed to train federal agents for potential attacks on U.S. embassies and American citizens.

The new Foreign Affairs Security Training Center in Blackstone opened this month and spans 1,300 acres and features all types of roads, various landscapes, and a fake town, in an effort to prepare 2,000 special agents to protect U.S. diplomats and citizens around the world.

At the center of the compound is the ‘military operations in urban terrain simulator’, also known as MOUT, which is an eerily vacant mock town complete with alleys, neighborhoods, a life-size U.S. embassy compound, and speakers blaring the sounds of tanks, animals, or New York traffic.

The State Department opened the Foreign Affairs Security Training Center in Blackstone, Virginia in November which includes a fake city complete with a mock U.S. embassy to train federal agents for potential attacks 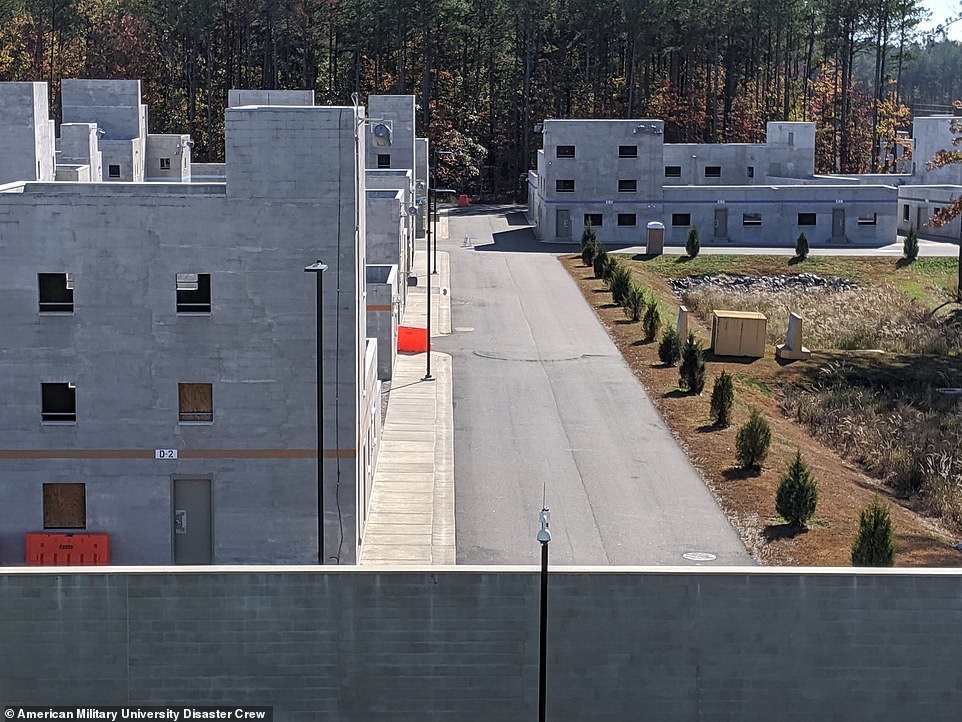 The 1,300 acre compound will train 2,000 federal agents who will be tasked with protecting U.S. diplomats, embassies and American citizens around the world. The mock embassy and simulation alley pictured above at the training facility 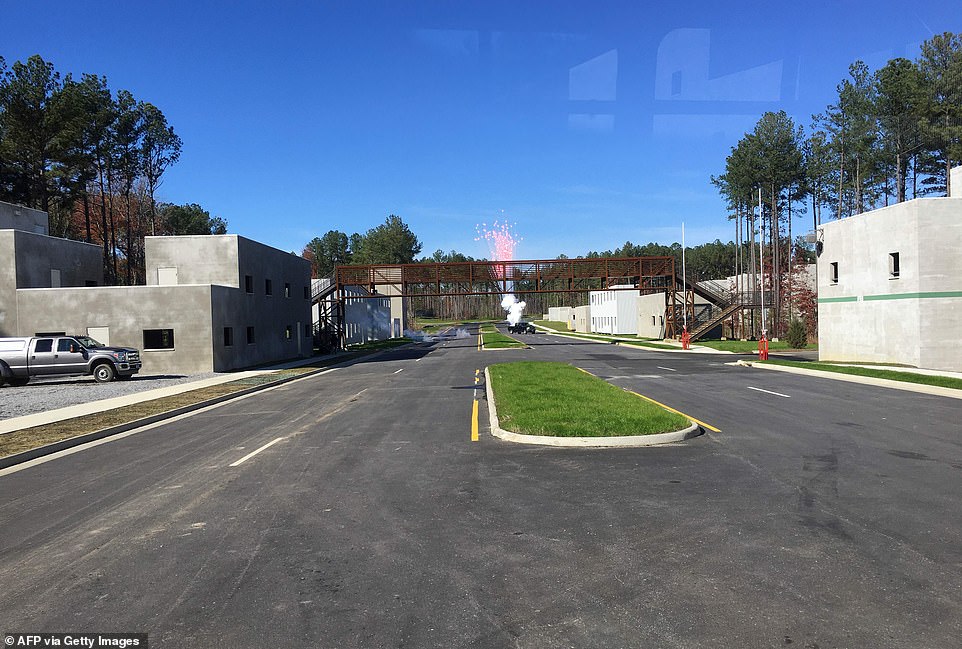 In this photo a pick-up truck is hit by an improvised missile during a media tour of the new training facility for U.S. agents working overseas 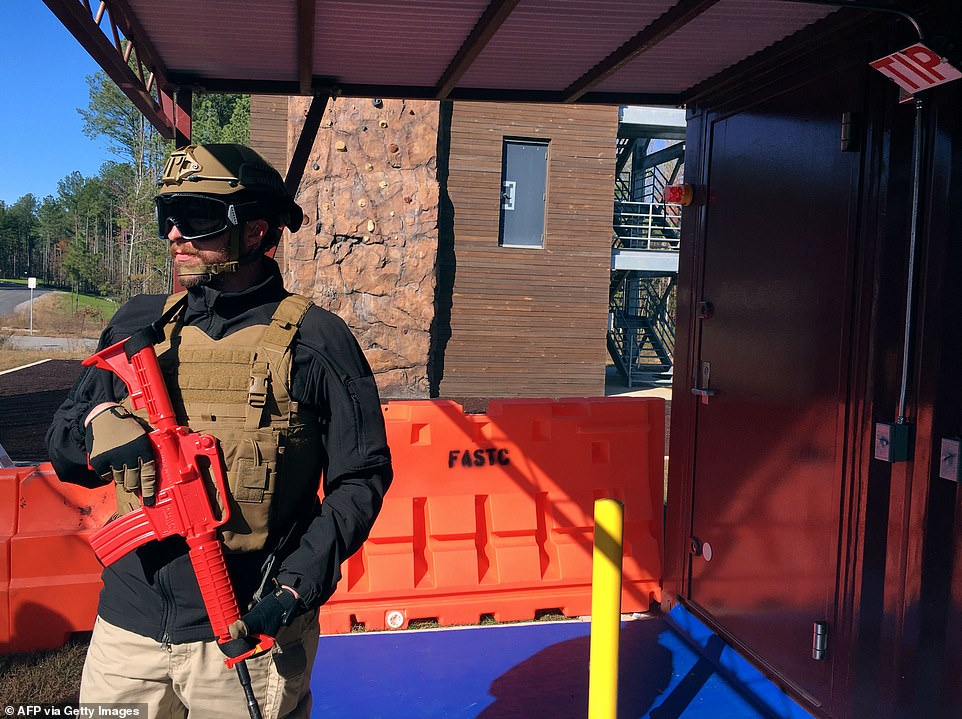 The new facility, opened in Fort Pickett in November, is part of an effort to improve security for US diplomats and other government employees overseas in the wake of the 2012 Benghazi attack

‘It’s designed to make it as realistic as possible, in order for the brain to really make the synapses kick together and go “Yeah, this is real life,”‘ facility director Bob Weitzel said to Wired.

The facility is located on the grounds of Fort Pickett, a Virginia Army National Guard base, and will oversee the training of the 2,000 special agents on an ongoing basis, as well as up to 10,000 addition engineers, couriers, technicians and security professionals.

‘This is about building confidence as they’re getting ready to go,’ Wendy Bashnan, deputy assistant secretary of the Diplomatic Security Service,’ said. ‘We’re instilling resilience, so you’re prepared when you have your worst day.’

The Diplomatic Security Service is the State Department division responsible for securing embassies and their personnel and ensuring the safety of Americans traveling abroad. 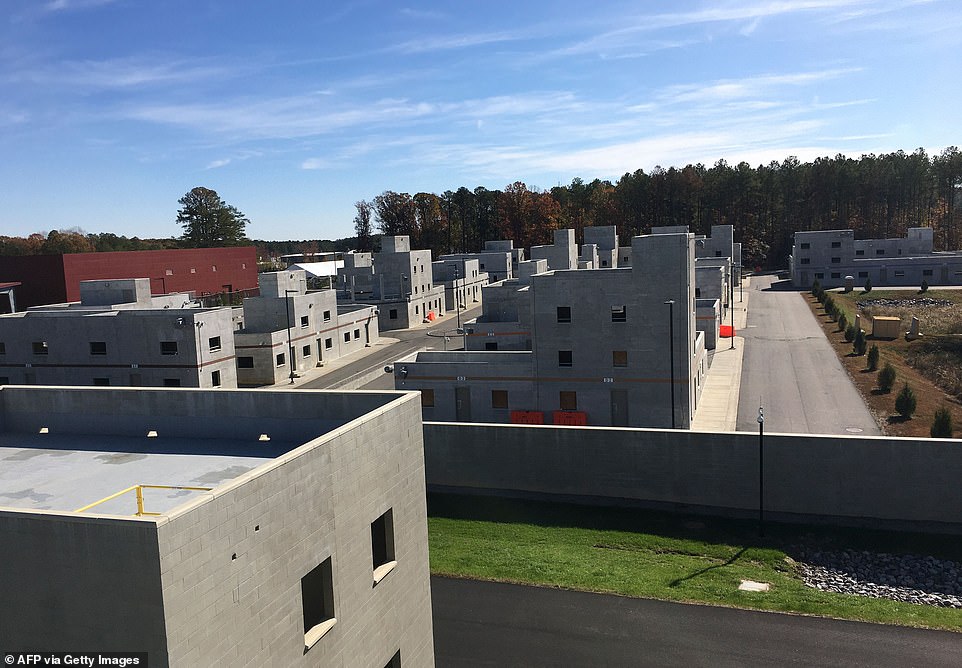 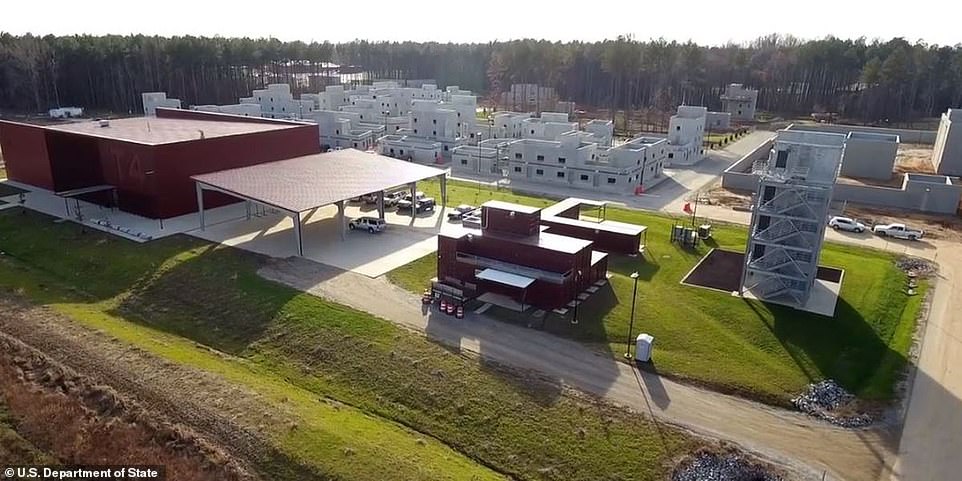 The sprawling facility is the largest of its kind and is located on 1,350 acres of Fort Pickett 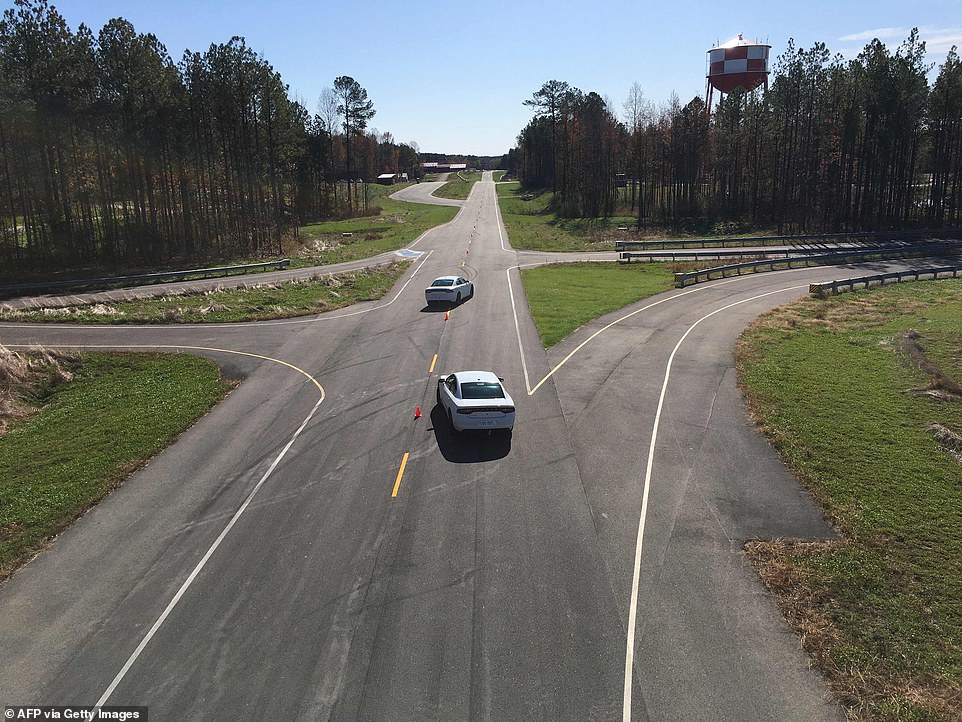 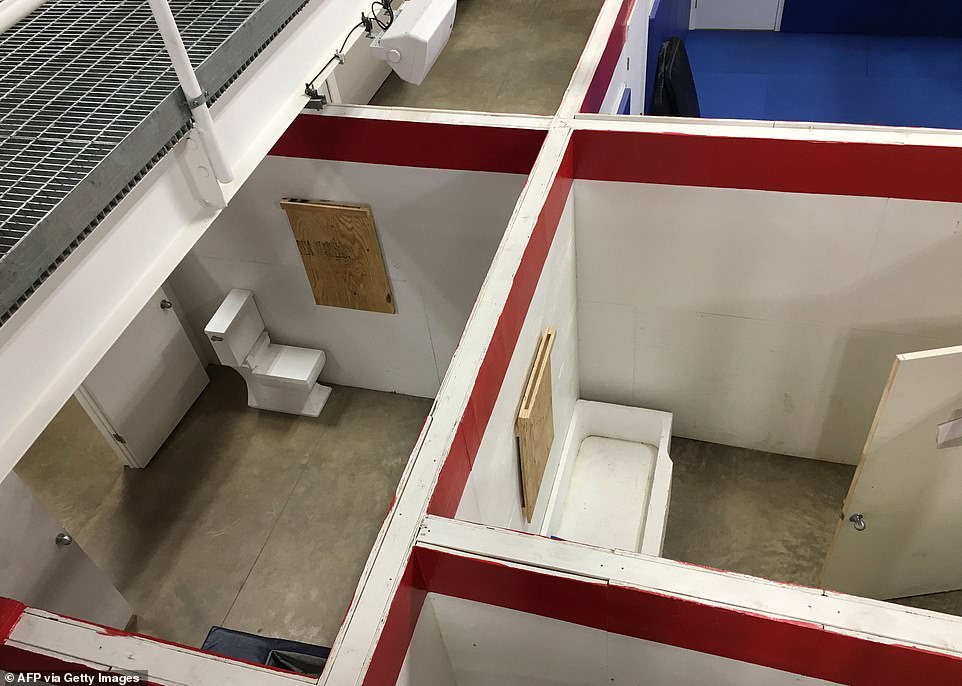 The massive compound will consolidate the work of 11 existing sites and is the largest and most comprehensive of any U.S. law-enforcement training resource.

The facility was designed to beef up embassy security in the wake of the 2012 Benghazi scare where two U.S. government facilities were attacked/

An elevated median that runs down the MOUT’s main street is a feature typically found in African and Middle Eastern cities. It’s the same kind of median that nearly trapped agents responding to the 2012 attacks against the American diplomatic compound in Benghazi.

Another decoy found in MOUT is a motor scooter on the side of a road, that actually holds a makeshift explosive device – the same kind of device that threatened American officers in Iraq and Afghanistan.

MOUT also has a ‘smokehose’, a building designed to teach agents how to escape burning buildings. It was created in response to an incident in Benghazi where a fire killed American ambassador Christopher Stevens. 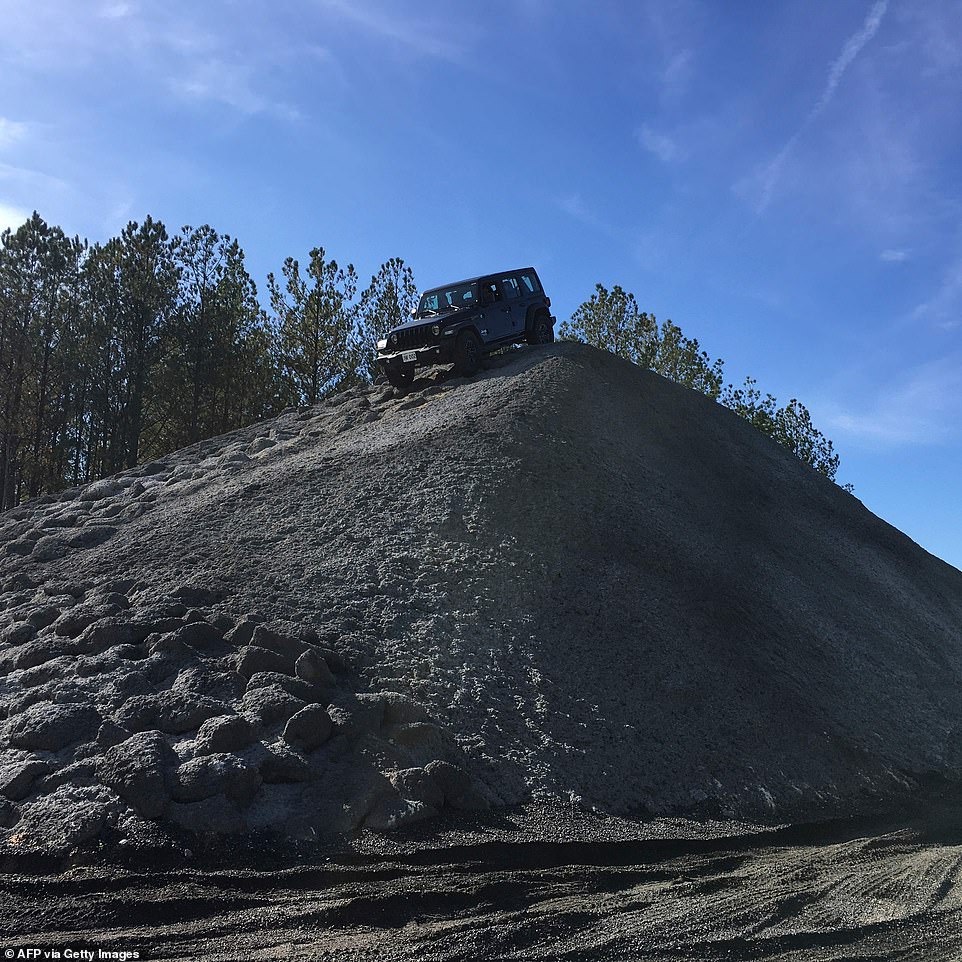 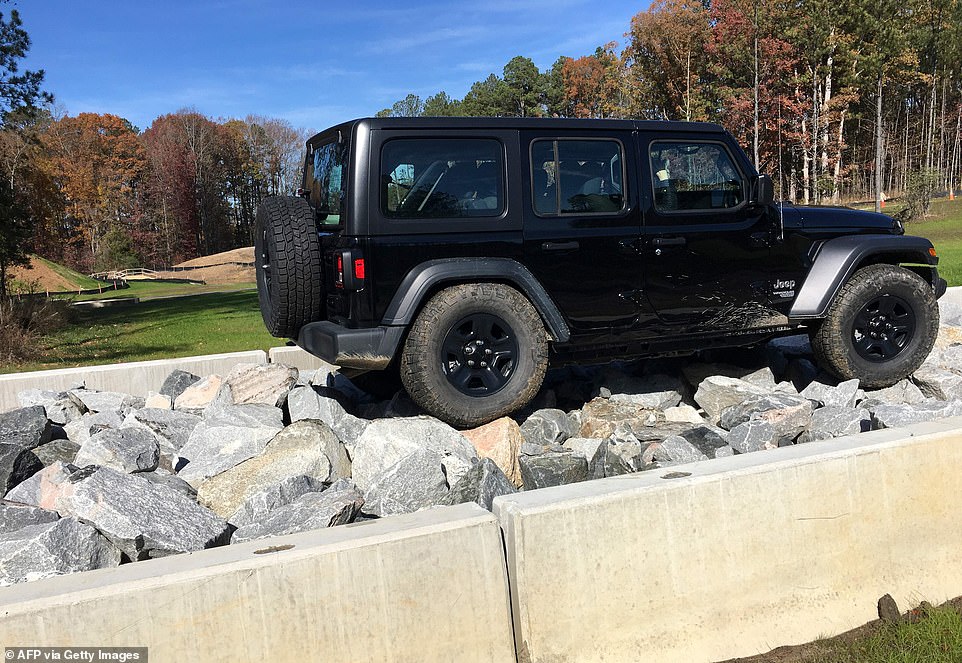 The facility also incorporates lessons learned from the 1998 bombings of U.S. embassies in Tanzania and Nairobi.

Those devastating bombings are what triggered the beefing up of U.S. embassy security measures.

‘We put as much into a 10-hour course as we possibly can, so when they walk away they have tools that they can use for that worst-day-of-your life scenario,’ one anonymous instructor said.