A state government has made a bizarre bid to give a congested freeway heritage protection.

The Eastern Freeway, one of the busiest roads in Victoria and a congestion nightmare, has been nominated by the state’s Transport Department for heritage protection.

The section of the freeway between Bullen Road and Hoddle Street could join other heritage-listed icons including Parliament House, the MCG and Flinders Street station because it has ‘aesthetic and historical heritage values,’ the Herald Sun reported.

The Eastern Freeway, one of the busiest roads in Victoria and a congestion nightmare, has been nominated for heritage protection by the Victorian Transport Department

Due to the high volume of drivers, the Eastern Freeway also has one of the slowest average speeds of all city freeways.

North East Link CEO Duncan Elliot said the design of the road is the reason why it has been put forward to Heritage Victoria for protection.

‘There are aspects and characteristics of that section of the Eastern Freeway which could meet or significantly satisfy a number of the criteria for the heritage listing,’ he told 3AW’s Ross and John.

‘It’s a bit surprising, I know, that a freeway can potentially qualify for heritage listing.

‘But when you think about that corridor and the form of the bridges, and the rock wall embankments, and the light masts and a few other elements that are there, it was the first example of an urban design-led road transport corridor.’ 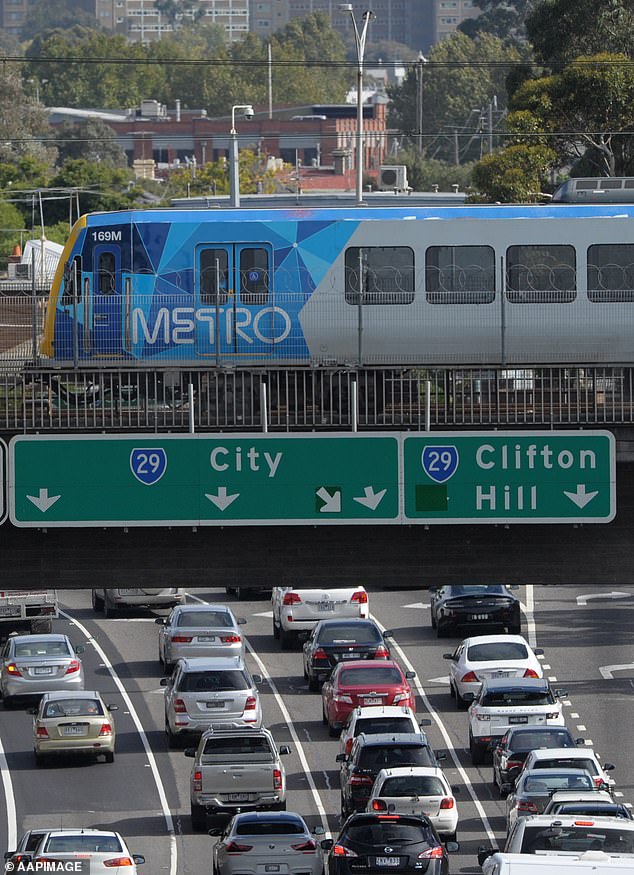 The section of the freeway between Bullen Road and Hoddle Street could join other heritage-listed icons including Parliament House, the MCG and Flinders Street station

But critics of the freeway’s heritage protection from the Royal Automobile Club of Victoria said the move could prevent planned improvements to the road valued at $10billion.

‘It is essential the freeway’s flexibility is protected for the future and a heritage listing may prevent this,’ RACV public policy general manager Bryce Prosser said.

‘If part of the Eastern Freeway, which is not even 50 years old, is subjected to a heritage listing, where do we draw the line?’

But the government argued the move would provide certainty to future freeway projects.