ABC viewers were treated to a different kind of show for State of Origin Game II when an NRL fan flashed her breasts for the camera during a live report.

The moment occurred as ABC sports journalist Jessica Stewart did a live cross from Optus Stadium in Perth on Sunday night, 30 minutes before kick off.

Scores of NSW Blues and Queensland Maroons fans were seen walking behind Stewart as she spoke with news presenter Gemma Veness about the atmosphere, the fans and the game itself.

At one point a woman, who donned a Maroons beanie and scarf, was seen running behind Stewart.

She proceeded to lift up her crop top and flashed the camera for a split second. 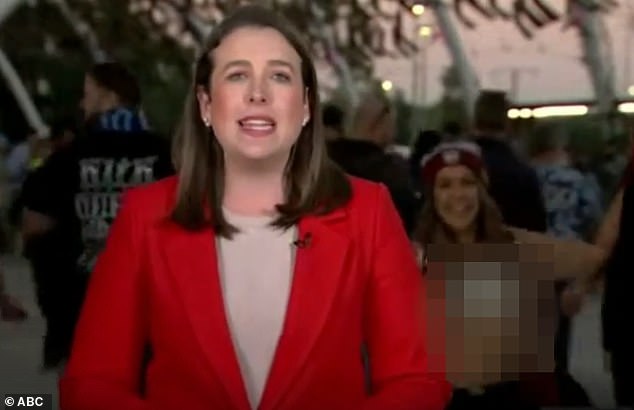 Veness appeared to remain professional, making no mention of the NRL fan exposing herself.

Stewart did not notice the flash as she continued to deliver her pre-game report.

The flashing was not the only crude moment caught on the ABC cameras uncensored.

While the public broadcaster showed footage of NRL fans entering Optus stadium, one Blues supporter could be heard saying, ‘Up the f***ing Blues!’

Nathan Cleary inscribed his name in State of Origin folklore with a performance for the ages that left New South Wales legend Andrew Johns claiming the superstar halfback is a better player than he was at the same age.

Cleary, 24, put in an uncharacteristically muted performance for Brad Fittler’s side in Game I earlier this month, with Queensland five-eighth Cameron Munster running the show in Sydney.

The Panthers star came in for criticism, as a result, and he arrived in Perth with a point to prove in the Blues’ do-or-die clash at Optus Stadium. 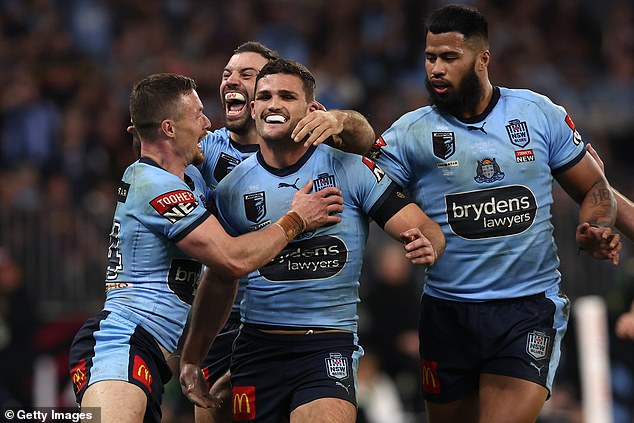 And the star No 7 made it clear in no uncertain terms that he is the best halfback of his era, setting up two tries, scoring two of his own and nailing a perfect eight from the tee to cause Queensland constant grief on Sunday.

Not since Johns’s Origin masterclass in 2005 has rugby league seen such an inspired individual performance and the man himself admitted that there has been no better halfback at the age of 24 than Cleary.

‘No other halfback has had a game like that in Origin at his age,’ he said on Nine.

He added while the second half onslaught unfolded in front of him: ‘There was a lot of criticism after Game 1… only early in his rep career.

The gun halfback scored two, set up two, and kicked eight from the tee in a huge victory 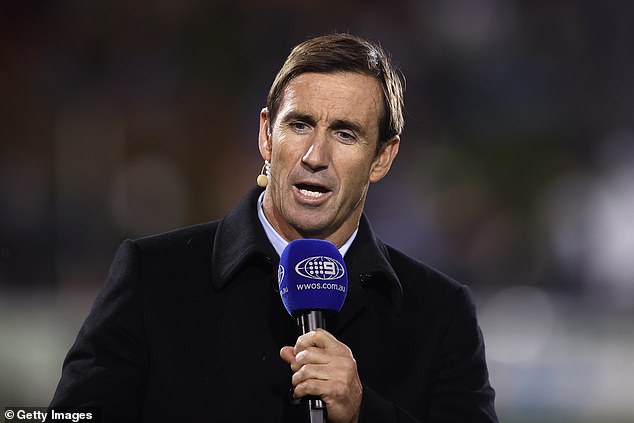 ‘I think it was harsh. But he stewed on it. He has been exceptional. Cleary is putting on a masterclass.’

Phil Gould added that Cleary’s display was one of the great individual Origin performances of all time.

‘I think that second half tonight was one of the truly great halfback performances in Origin history,’ he said.

‘It ranks up there with the best of all time in what he did in that period. In the first half he was a little frantic and side-to-side and trying to find something. A grubber kick to Burton got a spark in him and all of a sudden he started to tear Queensland apart.’ 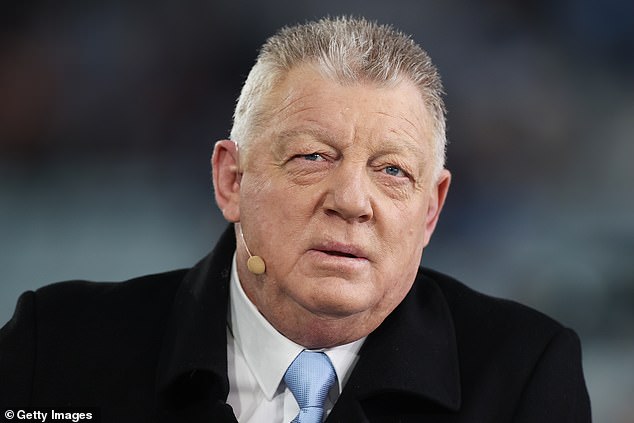 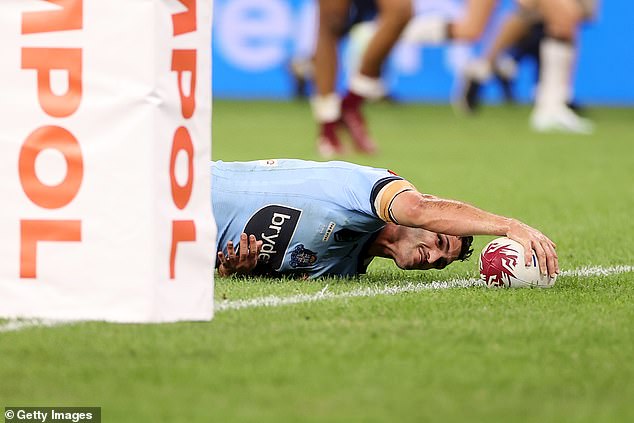 New South Wales legend drew comparisons between Cleary’s ‘historical performance’ and that of Johns in 2005.

‘I haven’t seen a more dominant individual performance from a New South Wales half since Andrew Johns in 2005… it was incredible from Nathan Cleary.’

Blues captain James Tedesco was also glowing in his praise for his teammate after Sunday’s impressive victory.

‘There was unwarranted criticism (of Cleary) after the first game. But it shows what a champion player he is,’ captain James Tedesco, who also praised Game Two call-ups Matt Burton and Jake Trobjevic, told the Nine Network.

‘He comes out in Game Two and puts on a clinic with a lot of pressure on him. He is one hell of a player.

‘It will be a test at Suncorp (Stadium). It will be packed. Queensland fans up against the wall. We will enjoy the win tonight and then look at the next game.’