By Ros Altmann For This Is Money

Ros Altmann: After struggling through the pandemic, many pensioners are now battling the cost of living rises

A row over whether older people should get a bumper state pension increase when workers are handed below inflation pay deals has broken out among top politicians.

Former Pensions Minister and campaigner Ros Altman says pensioners deserve their rise after the Government betrayed its ‘triple lock’ promise and gave them a 3.1 per cent increase this year.

It is really sad to see comments suggesting that pensioners should not get full inflation protection next year, just because public sector workers may get lower rises.

This ignores the reality that most workers have incomes way above the £9,600 a year that poorer pensioners live on, and that public sector pensions will rise fully with inflation.

Pensioners were betrayed this year when the triple lock on state pension increases was suspended. It must not happen again. State pension inflation protection must be properly restored after that broken promise.

The state pension increase was only 3.1 per cent this year, despite earnings and price rises rocketing.

The UK state pension is the lowest in the developed world, and millions of pensioners spend most of it on essentials like food and energy that have soared in price.

This year the Conservative election manifesto pledge to increase it under the triple lock – the highest of 2.5 per cent, earnings growth and inflation – was not honoured.

After struggling through the pandemic, many are now battling the cost of living rises.

As earnings rose by over 8 per cent last year, the Government decided it would not be ‘fair’ to keep the earnings link and passed legislation to take away the promised protections, even from the poorest pensioners.

This has resulted in rising pensioner poverty, and those who complain that public sector pay is not rising by as much as CPI are ignoring the value of public sector pensions, which are not mentioned in discussions of pay rises. 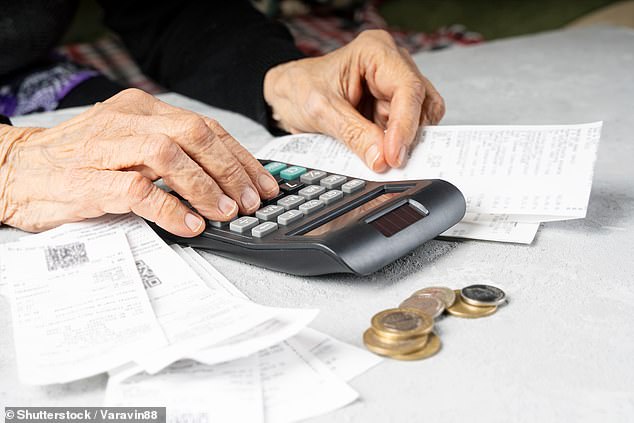 Their value has soared since 2010 as ultra-low interest rates have increased their value from around 25-30 per cent of each workers’ salary, to well over 40 per cent of salary now.

These payments can never be reduced and must rise in line with inflation, so how could it be right to suggest that state pensions should not be increased at least as much?

The annual public sector pensions bill has consistently outstripped forecasts, despite efforts to reduce the disparity in generosity between public and private sector pensions.

Public sector workers do not tend to consider the full value of their promised pensions, but this is a real part of the cost to taxpayers.

In the private sector, inflation increases are capped at 5 per cent or 2.5 per cent or there is no index-linking at all.

CPI inflation is around 9.1 per cent and might go higher. Earnings growth, including bonuses, is 6.8 per cent and average workers’ pay is nearly £26,000 a year.

Millions rely solely on the state pension and the poorest, typically women and those who were in low-paid careers, often had no chance to build private pensions.

Promised protection was even stripped from pension credit leaving the poorest at risk. The 3.1 per cent increase was also applied to this means-tested benefit.

The Government has, commendably, introduced emergency extra help for pensioners this year in the form of one-off payments, which are welcome.

However, it is really important pensioners are properly protected next year and I fully support the decision to ensure the promised inflation increases are paid from next April.