Staycations: The UK holiday hotspots where there are still vacancies in July and August

All the talk is that coastal and country magnets such as Cornwall, the Cotswolds and Cumbria are full.

But fear not. We’ve hunted down the places where there are still vacancies in July and August – so the staycation is on!

One of the rooms in Newquay’s Esplanade Hotel, which has a cinema, indoor pool, adults-only cocktail bar and all-day dining 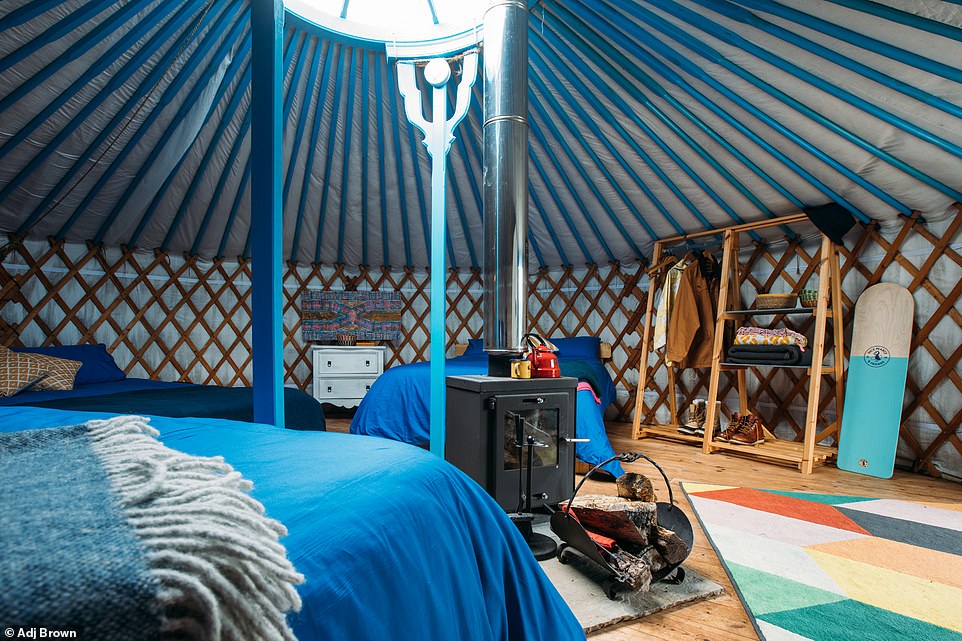 Inside one of the yurts on the Fir Hill Estate near Newquay. Prices start from £140 per night

Also near Newquay, the Fir Hill Estate has a dozen yurts on its woodland, with private fire pits, barbecue and kitchen area and shared toilets and showers. From £140 a night (thefirhill.co.uk).

The Hotel Meudon, near Falmouth, in a 19th Century building with 1970s extension, has nine acres of subtropical gardens leading to a private beach. B&B doubles from £219 a night (meudon.co.uk). 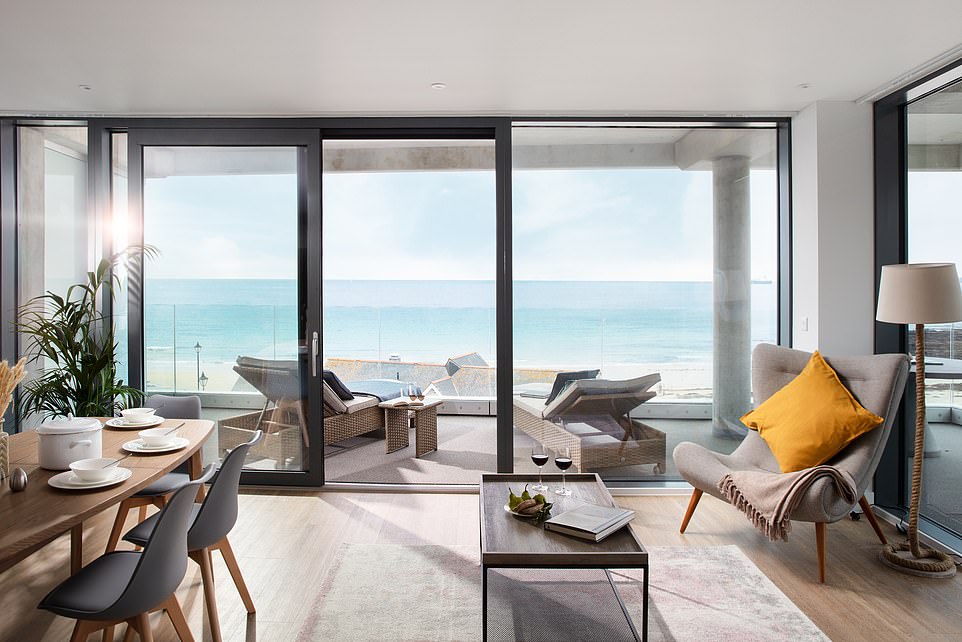 New wave: One of the recently launched beachside self-catering residences at St Michaels Resort in Falmouth 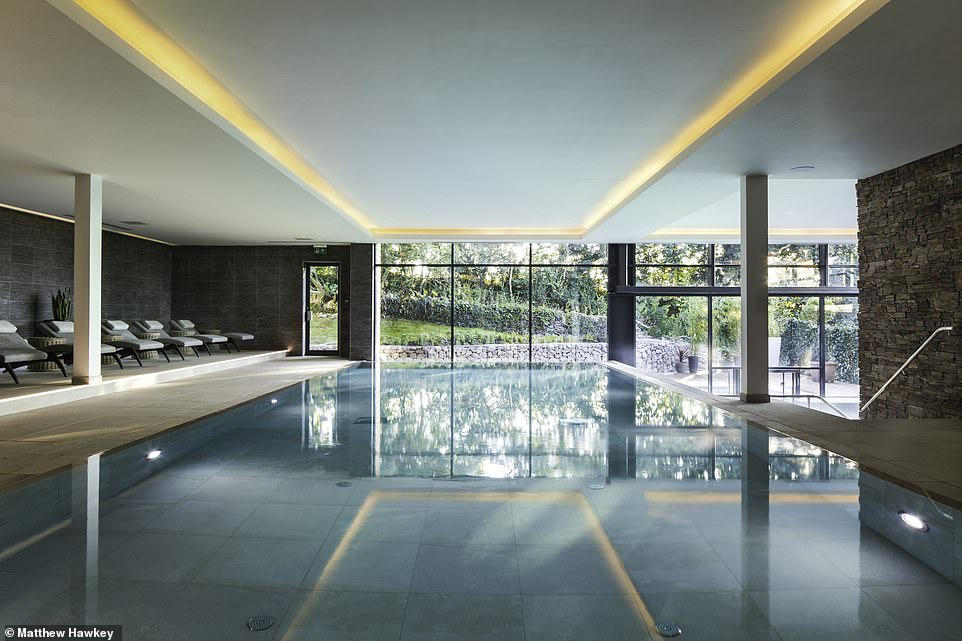 The spa at Boringdon Hall Hotel, which is a stylish base from which to explore Dartmoor. B&B doubles start from £235pn

In Devon, Boringdon Hall Hotel is a stylish base from which to explore Dartmoor, with a spa to soothe muscles after hiking. B&B doubles from £235 a night (boringdonhall.co.uk). 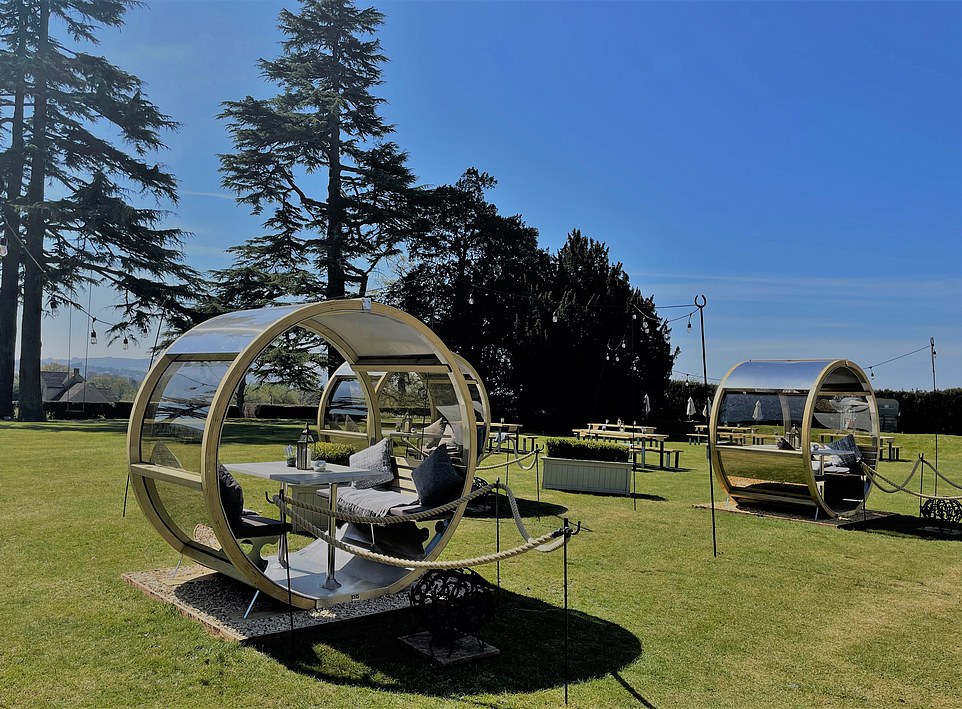 Pod alfresco dining at Ellenborough Park hotel near Cheltenham. It also has an outside pool

For a budget break in the Cotswolds, The Lamb Inn in Shipton has just opened, with five rustic-chic bedrooms in a stone 16th Century building, fab food and a pizza oven. B&B doubles from £90 a night (thelambshipton.com).

Just outside Cheltenham, dog-friendly Ellenborough Park hotel in a 15th Century manor house has an outside pool.

Take a picnic hamper into the 90-acre grounds, then return for a soak in the spa. B&B doubles from £299 a night (ellenboroughpark.com). 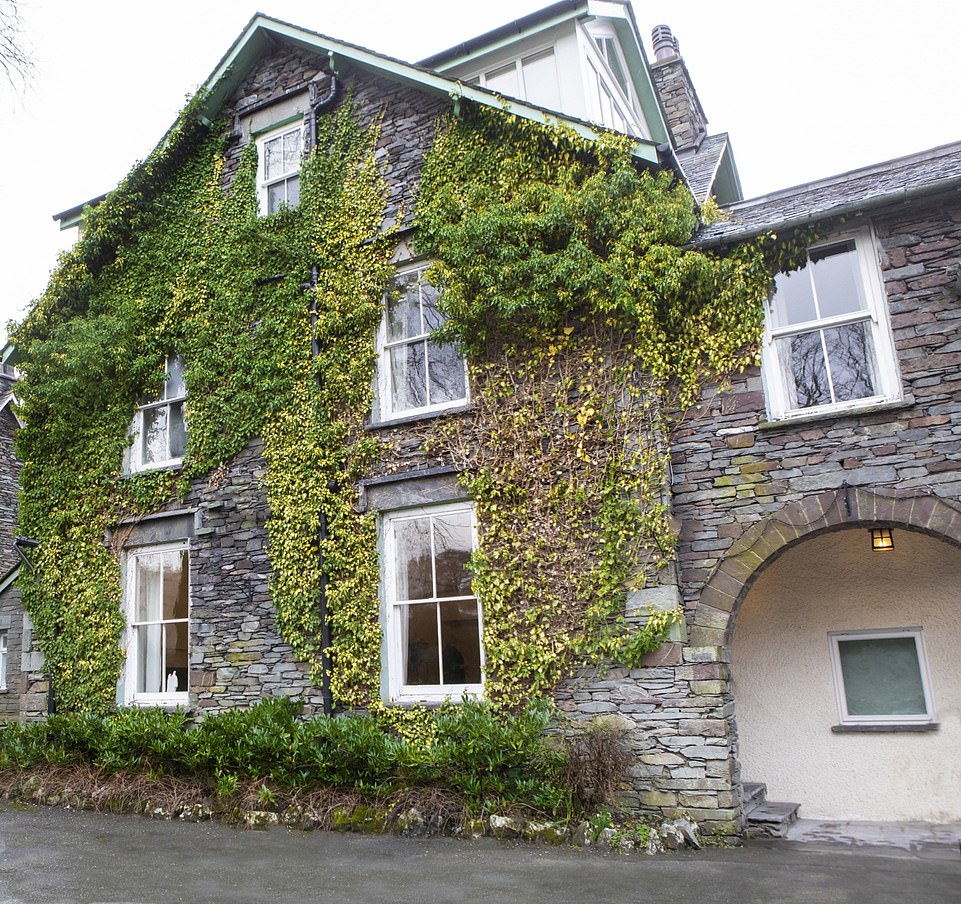 The dog-friendly Victorian House Hotel in Grasmere. It has a shepherd’s hut and Stargazer Rooms with telescopes 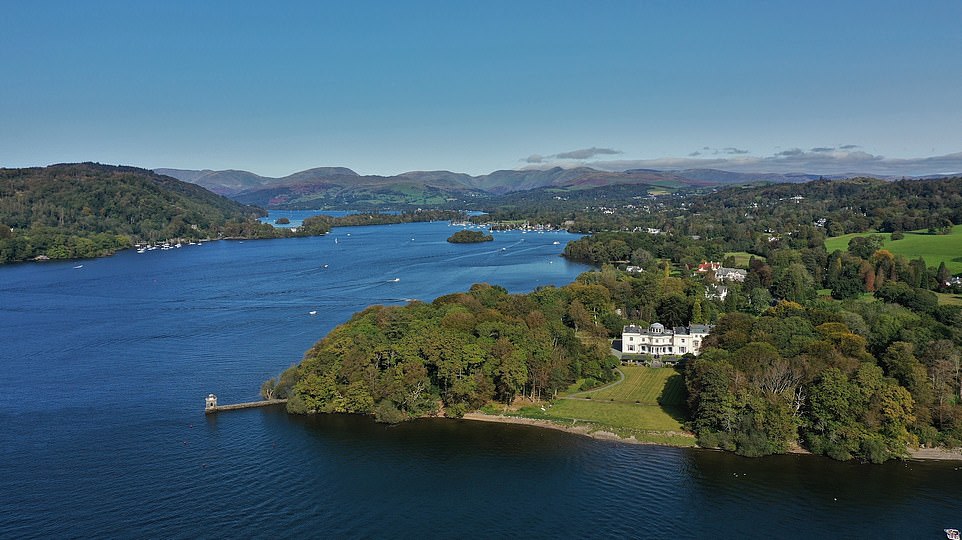 A shepherd’s hut by the river at the end of the garden, Stargazer Rooms with telescopes and family-sized teepees are options at the laid-back and dog-friendly Victorian House Hotel in Grasmere. B&B doubles from £196 a night, shepherd’s hut from £255 (victorianhousehotel.co.uk).

Or stay on the shores of Windermere at stunning Storrs Hall, a Georgian house in 17 acres. Adults can stay in the new Lakeside Suites with hot tubs on private terraces and huge beds. B&B doubles from £265 a night, suites from £535 (storrshall.com).

Fantastic views of Windermere are on offer at Linthwaite House. Take a circular hike from the door, play croquet on the lawn, and return to one of 36 contemporary, country-style rooms. B&B doubles from £310 a night (leeucollection.com). 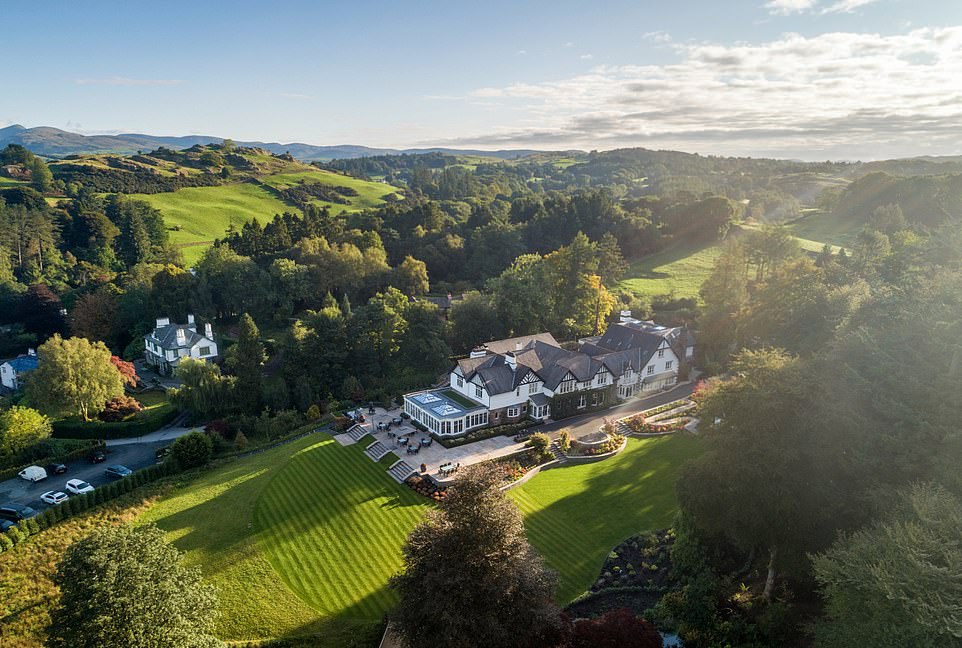 There are fantastic views on offer at Linthwaite House, pictured, which boasts 36 contemporary, country-style rooms 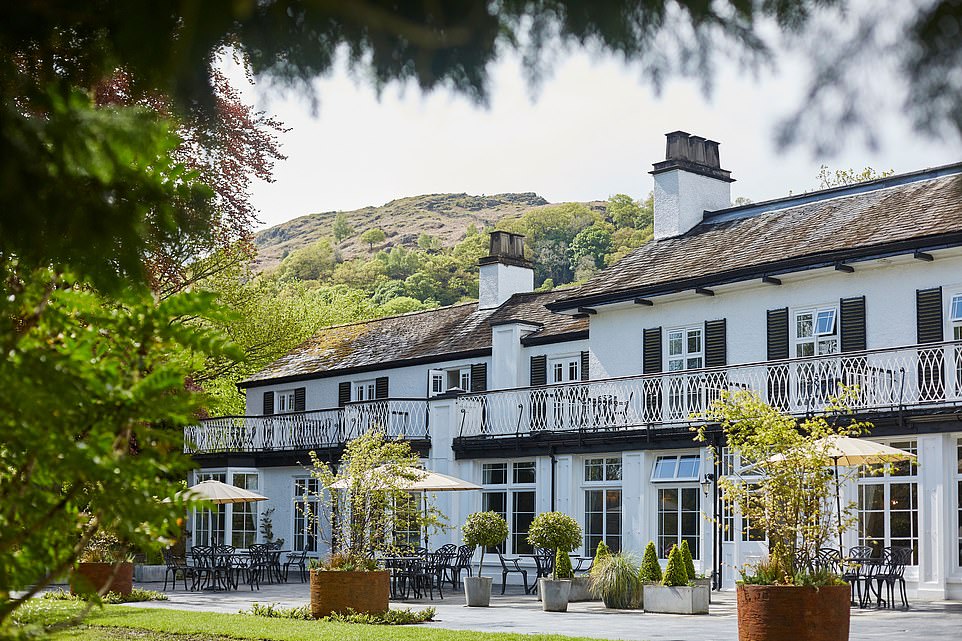 The newly refurbished Rothay Manor near Ambleside, which has good availability in August

A ten-minute amble from Ambleside, the newly refurbished Rothay Manor has good availability in August.

Farlam Hall, 40 minutes north of the Lake District and within walking distance of Hadrian’s Wall, has a selection of new cottages for four from £400 a night (relaischateaux.com). 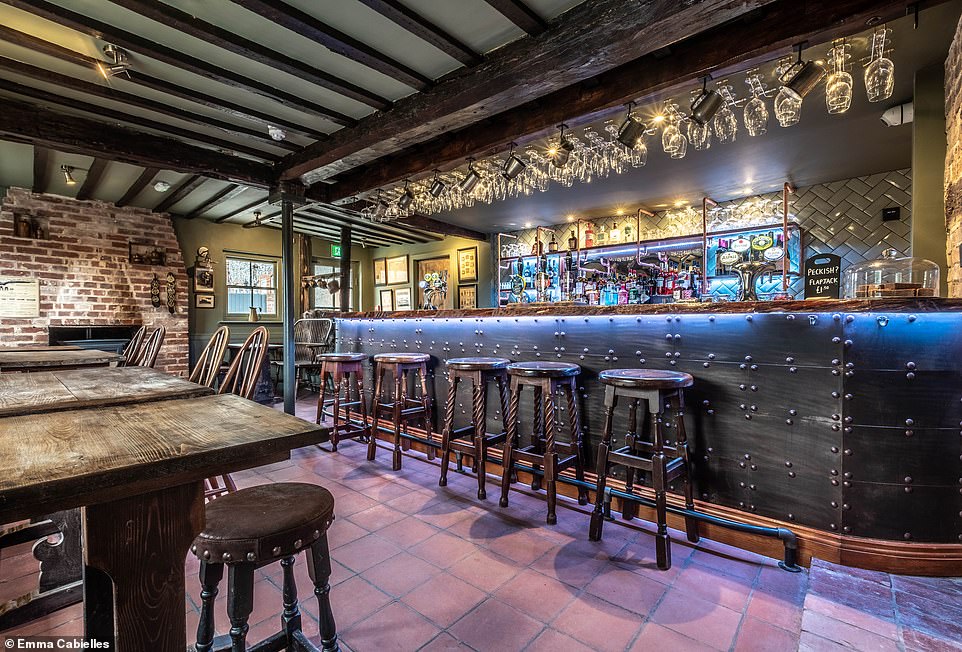 Midweek breaks and some weekends are still free at a handful of East Anglian pubs.

In the quaint Suffolk village of Long Melford, The Black Lion is a striking Georgian coaching inn with B&B doubles from £150 a night (theblacklionlongmelford.com).

The Crown in Stoke by Nayland makes a great base from which to explore the countryside. There are 11 smart rooms just across from the pub, with B&B doubles from £165 a night (crowninn.net).

On the Cambridgeshire/Suffolk border, the dog-friendly Three Blackbirds in Woodditton has had a stylish makeover and is perfect for exploring Newmarket, with many country walks nearby, including the seven-mile Devil’s Dyke. B&B doubles from £150 a night (threeblackbirds.co.uk). 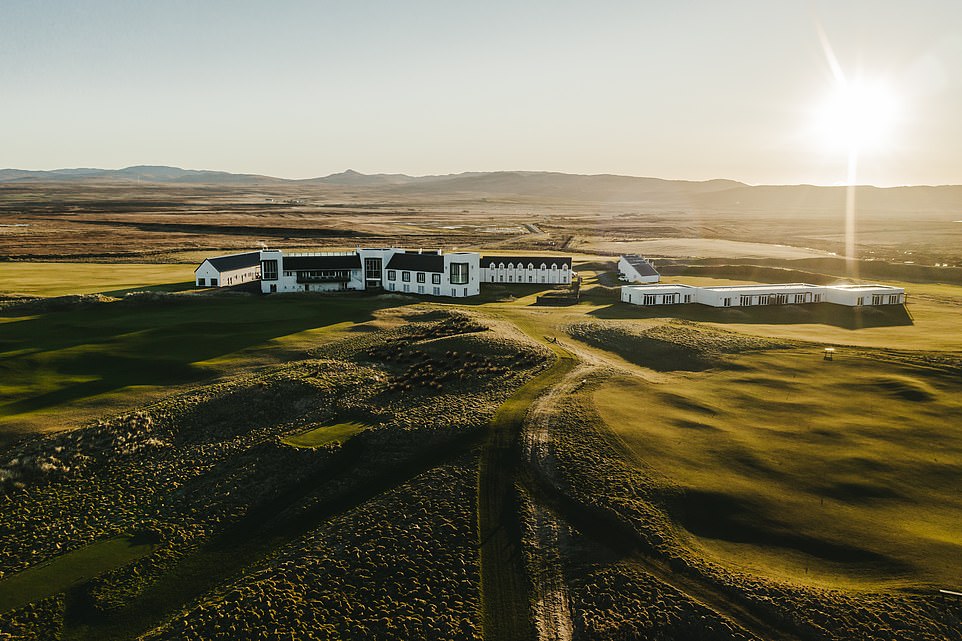 Located next to a seven-mile beach, The Machrie on Islay, pictured, is a chic hotel with its own golf course 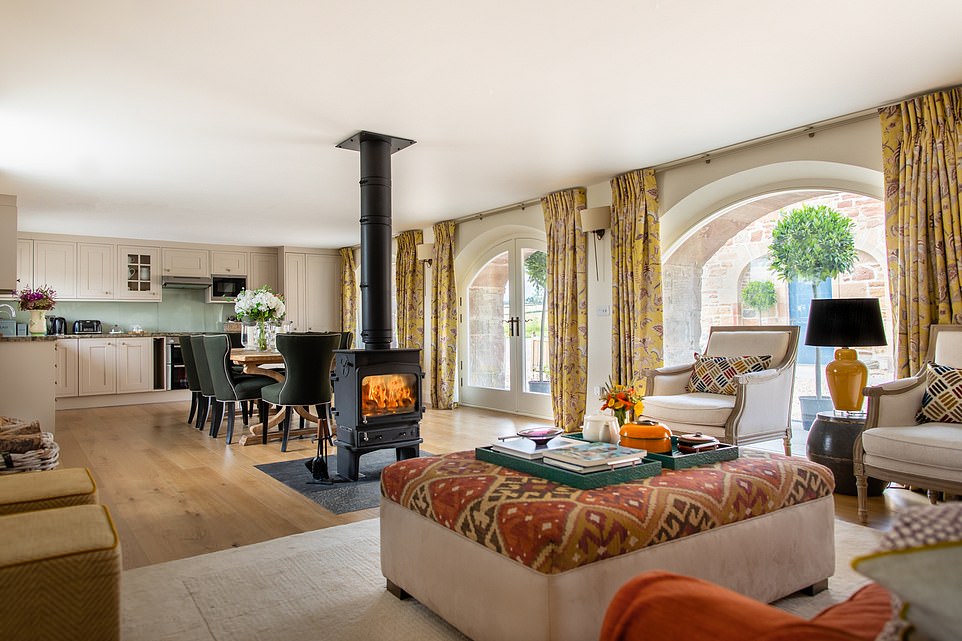 Go whisky-tasting, walking and wildlife-spotting from The Machrie on Islay. On a seven-mile beach, the chic hotel has its own golf links course and e-bikes for hire. B&B doubles from £235 a night (themachrie.com).

If you prefer self-catering with the option of booking a chef, Newhall Mains on the Black Isle peninsula has five luxury holiday cottages crafted from old farm buildings, with interiors that are more boutique hotel than farmhouse. B&B from £340 a night for six (newhall-mains.com).

Or glamp it up at Balnab Whithorn Farm on the Machars peninsula, where the new Feather Down farm site has rustic canvas lodges with beds, private outdoor shower and flushing loo. A week for six is from £1,349, or three nights from £610 (featherdown.co.uk). 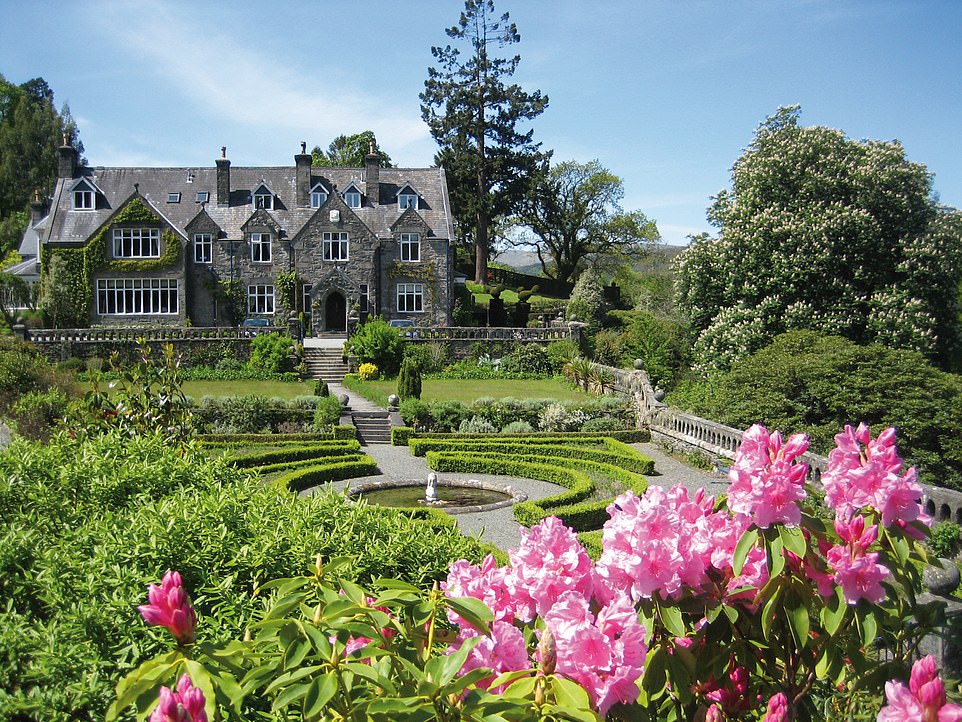 Take a hike: Penmaenuchaf Hall, which is handy for Snowdonia. The 19th Century country house has 14 traditional rooms 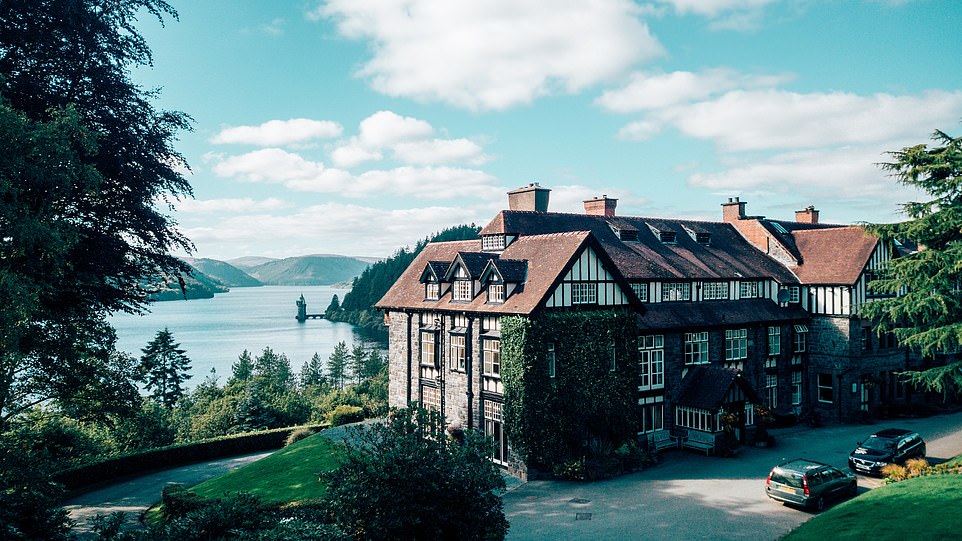 Lake Vyrnwy Hotel and Spa has magnificent waterside views from many of its bedrooms and sits in a 24,000-acre estate 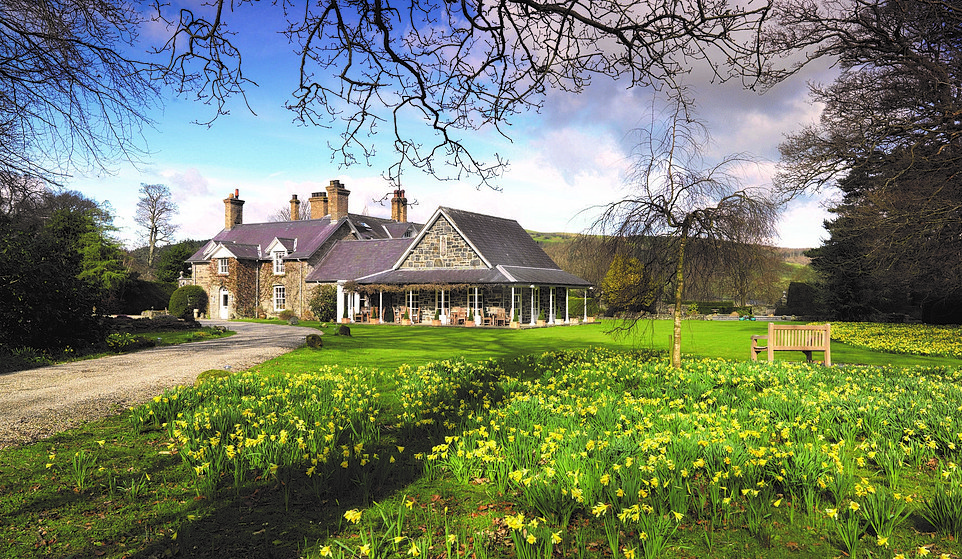 Tyddyn Llan in Llandrillo, North Wales, is a restaurant with rooms where you can settle down to a five-course feast

Explore southern Snowdonia when you stay at Penmaenuchaf Hall, overlooking Mawddach Estuary. With trails for hikers and bikers, the 19th Century country house with 14 traditional rooms has B&B from £200 a night.

Or head to mid Wales and Lake Vyrnwy Hotel and Spa, with magnificent waterside views from many of its bedrooms and a 24,000-acre estate offering everything from fly-fishing to clay pigeon shooting. B&B from £150 a night.

Expect a warm welcome at Tyddyn Llan in Llandrillo, North Wales, a restaurant with rooms run by chef patron Bryan Webb and wife Susan. Settle down to a five-course feast in this elegantly refurbished Georgian house with dinner, B&B from £320 per night for two, or £460 for the garden suite (all the above: rarebits.co.uk).