London Victoria train station has been evacuated this evening after a fire alarm was was activated from steam pouring from the Flying Scotsman.

According to Network Rail the station was forced to close for 25 minutes while staff assessed the situation.

The BBC confirmed a member of staff failed to switch off a sensor before the locomotive’s arrival which caused the false alarm.

This woman, left, refused to leave behind her portion of chips from Wetherspoons when Victoria station was evacuated earlier this evening 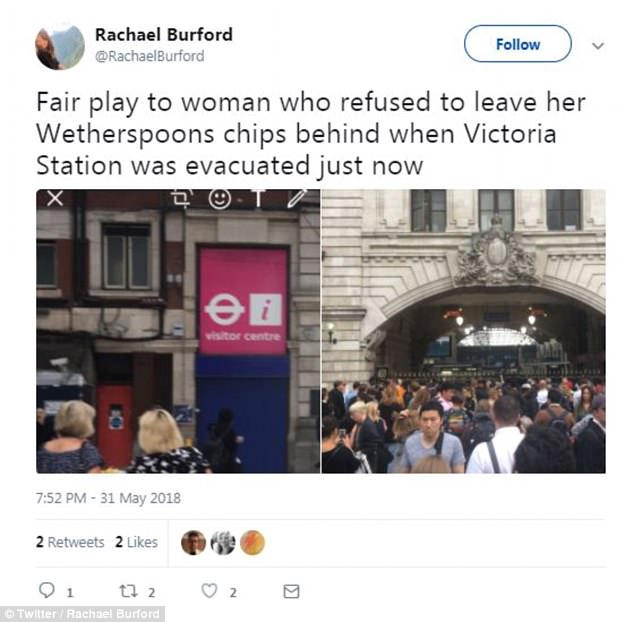 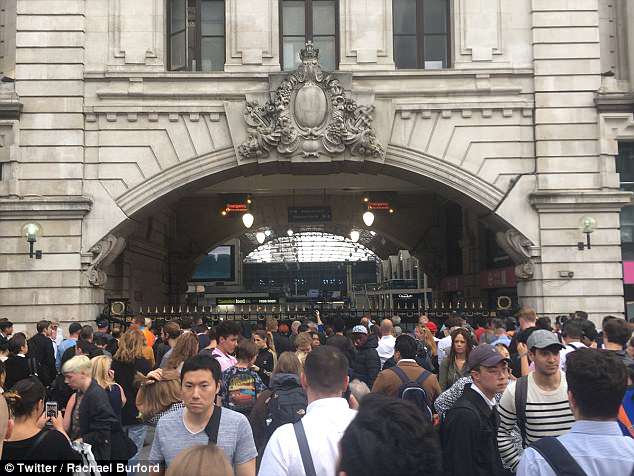 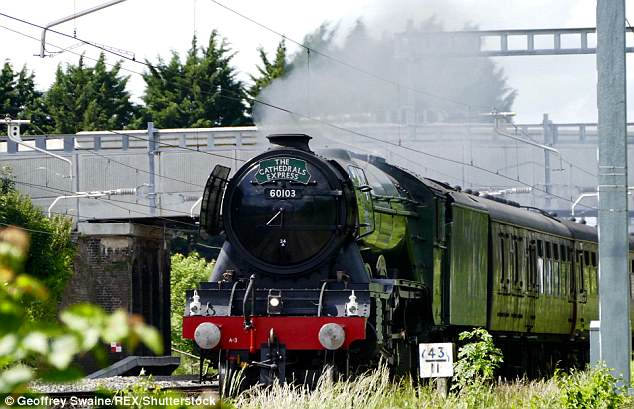 The Flying Scotsman, pictured last year, pulled into London Victoria as part of its summer tour

However, one woman in Wetherspoons refused to leave behind her chips despite the evacuation call.

According to Network Rail: ‘Earlier this evening a charter steam train upon arriving into London Victoria station had set off the pre-alarm on the fire panel. Although no fire was discovered and the issue was confirmed as a false alarm, the fire alarm system entered full evacuation mode and the correct process for a full alarm was carried out as per the safety standard.

‘For 25 minutes no trains were able to arrive or depart from London Victoria whilst the alarm system was being reset. At 19:40, the station re-opened.’

The Gatwick Express as well as Southern and Southeastern services were temporarily halted by the false alarm.

According to Transport for London, Victoria underground station continued to operate normally during the drama. 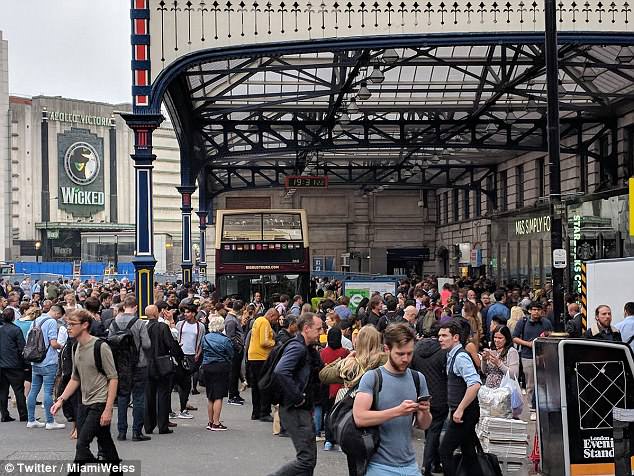