Pittsburgh Steelers linebacker Ryan Shazier was the recipient of an emotional standing ovation during Thursday’s NFL Draft in Dallas as he walked to the podium to announce the team’s first-round pick just months after a terrifying on-field injury necessitated spinal stabilization surgery.

Walking with help from his wife Michelle, Shazier made it from the corridor to the stage, where he was met by commissioner Roger Goodell, who said, ‘he inspires us all.’

The moment wasn’t over, though, as Shazier announced that the Steelers would take safety Terrell Edmunds out of Virginia Tech with the 28th-overall pick. Goodell, Shazier and Edmunds all posed for pictures afterwards.

Ryan Shazier, right, walks with his wife Michelle to announce the Pittsburgh Steelers selection in the first round of the NFL football draft 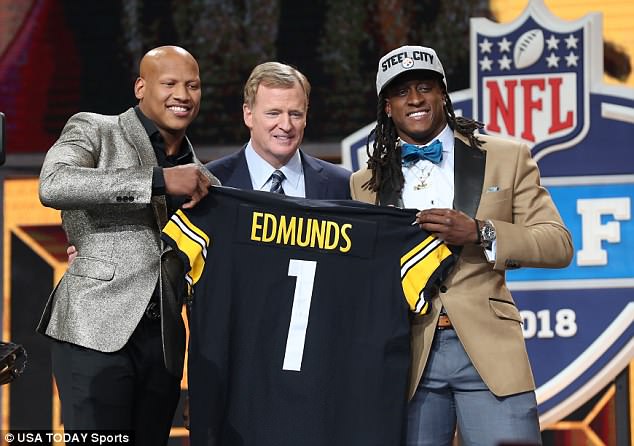 Shazier, 25, has been working to regain motion in his legs ever since his spinal surgery and plans on continuing to play football, although the Steelers have already ruled him out for next season. He remains under contract with the team, and was even named to his second Pro Bowl in 2017.

‘Ryan Shazier won’t play in 2018. He knows that and we know that. We’re going to continue to support him in his recovery,’ Steelers general manager Kevin Colbert told reporters in February, as quoted by ESPN.

‘He will be part of our team officially and really unofficially because he’s still with us day-to-day as he rehabs. He involves himself in team issues so he can be a formidable member in 2018,’ Colbert added.

Shazier recently stated his hope to return to football even though his injury kept him from walking or even standing for several weeks.

‘I’ve gotta get back, bro,’ Shazier told teammate Roosevelt Nix on a podcast. 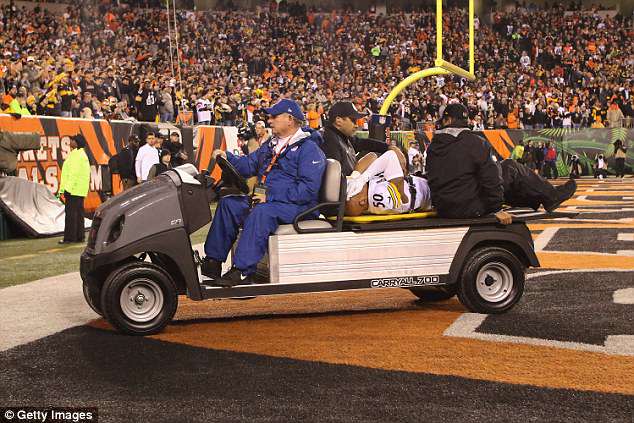 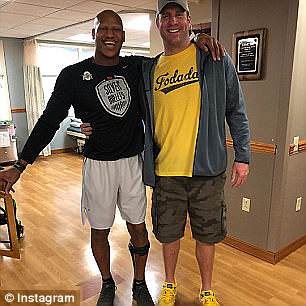 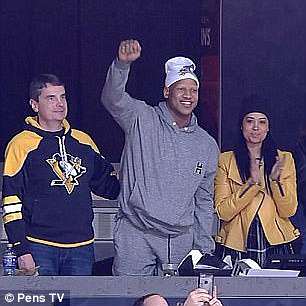 Shazier has been seen standing since the injury. He was pictured with Steelers quarterback Ben Roethlisberger in February around the same time he got applauded at a hockey game

Shazier underwent surgery on December 6 after making an awkward tackle during a Monday Night Football game in Cincinnati two days earlier. The Ohio State product was left motionless, face down on the turf, before being carted off the field and rushed to the hospital.

After requiring use of a wheelchair for over a month, Shazier was cleared for outpatient rehabilitation on February 1.

Shazier insisted his improvement has been considerable.

‘I’m really trusting the process and I know the end goal, so I’m taking every step of the way,’ Shazier said. ‘My therapists are like, man … the progression they [usually] see every week, they see every day.’

Despite not playing most of the final month of the season, Shazier was voted to his second Pro Bowl in four NFL seasons after recording 68 tackles, three interceptions and a career-best 10 passes defended.

Not only does Shazier feel he can still play, but he also thinks he was snubbed when he didn’t receive an All-Pro selection.

‘I really feel I’m the best linebacker ever,’ Shazier said. ‘I just have to be back out there so everybody can see it. You know what I’m saying?’ 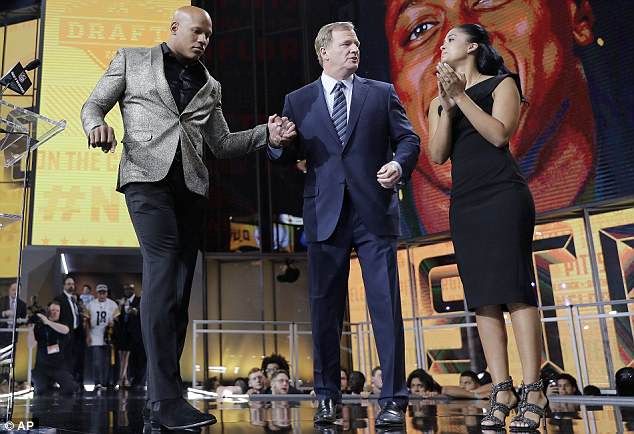 Ryan Shazier, left, and his wife Michelle, right, stand with commissioner Roger Goodell, during the Pittsburgh Steelers’ selection in the first round of the NFL Draft on Thursday night