Stem cell transplants are a ‘game changer’ for MS patients

Stem cell transplants are a ‘game changer’ for millions of patients with multiple sclerosis, doctors have declared.

A groundbreaking trial of more than 100 patients showed the pioneering method was able to stop the debilitating disease in its tracks.

The £30,000 treatment involves flooding the immune system with chemotherapy drugs before it is rebooted with stem cells from the patient’s blood.

A 36-year-old mother, who was part of the breakthrough study, explained to the BBC how the life-changing effects of the treatment are nothing short of ‘a miracle.’

Louise Willetts, from Rotherham, was diagnosed with MS when she was 28, and lived in fear of a relapse before the stem cell transplant.

Louise Willetts, a 36-year-old mother who was part of the breakthrough study, explained to the BBC how the life-changing effects of the treatment are nothing short of ‘a miracle.’

Speaking about its effects on her life, she said: ‘I feel like my diagnosis was just a bad dream. I live every day as I want to, rather than planning my life around my MS.’

Charities estimate there are around 100,000 MS sufferers in the UK, while the figure is more than four times higher in the US.

The debilitating disease, which worsens over time, occurs when the immune system mistakes myelin – the fatty, protective coating surrounding nerve cells – for a foreign body and attacks it.

This damages and disrupts signalling between the brain and spinal cord, either partially or completely.

It can lead to vision and balance problems, dizziness, fatigue, stiffness and spasms. The disease progressively gets worse. 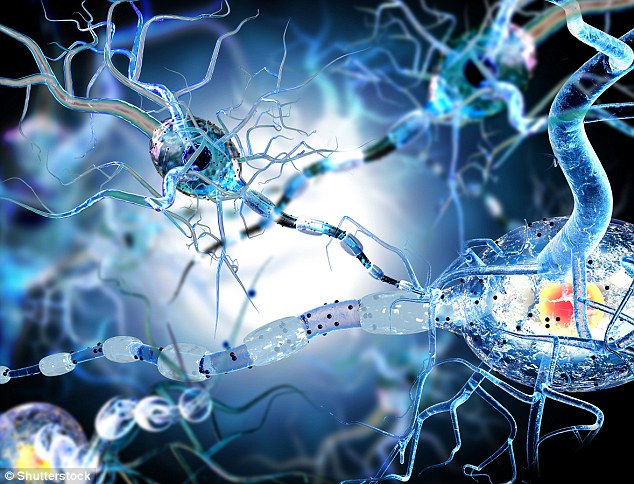 WHAT ARE THE POSSIBLE CAUSES OF MS?

No one knows for sure why people get MS. It’s likely to be due to a mix of genetics and environmental and lifestyle factors.

Some of the factors that have been suggested as possible causes include:

MS isn’t directly inherited, but people who are related to someone with the condition are more likely to develop it; the chance of a sibling or child of someone with MS also developing it is estimated to be around 2-3%.

Lack of sunlight and vitamin D

MS is more common in countries far from the equator, which could mean that a lack of sunlight and low vitamin D levels may play a role in the condition, although it’s not clear whether vitamin D supplements can help prevent MS

People who smoke are about twice as likely to develop MS compared to those who don’t smoke.

It has been suggested that infections, particularly those caused by Epstein-Barr virus (responsible for glandular fever), might trigger the immune system, leading to MS in some people.

There is currently no cure and treatment revolves around attacking the symptoms to prevent them from striking.

The new study raises hopes of a more effective way of disabling the disease and preventing relapses in patients with the most common form of MS.

More than 100 patients with relapse remitting MS, in which attacks are punctuated by periods of remission, took part. They were recruited from hospitals in Sheffield, Chicago, Uppsala in Sweden and Sao Paulo in Brazil.

Volunteers were either given the conventional drug treatments or a haematopoietic stem cell transplantation (HSCT).

The method proved to work in just a year – and was 10 times more effective than the drugs, dished out to sufferers.

Just one patient experienced a relapse in the HSCT group after 12 months, the BBC’s Fergus Walsh reports.

And after a follow-up of three years, on average, six per cent of the transplants had failed. In contrast, 60 per cent of those in the drug group relapsed.

Scientists presented their findings at the annual meting of the European Society for Bone and Marrow Transplantation in Lisbon.

However, he added the data will change the consensus because it was ‘stunningly in favour’ of the method ‘against the best available drugs’.

The study comes just months after an inventor of an internationally-hyped multiple sclerosis treatment finally admitted it was ineffective.

However, in December he published the disappointing results of a standardised trial, proving finally that the technique is ‘largely ineffective.’

MS sufferers flocked to the treatment when Dr Zamboni introduced it, but other doctors have long been skeptical of it.