An Australian underwear brand has become so popular one pair is selling every eight seconds thanks to its ‘high-tech’ material.

Step One has been praised as a ‘game-changer’ for active men and women because of its revolutionary sweat-wicking and anti-chafing properties.

The colourful undies range in size from 2XS to 4XL and cost $34 each. 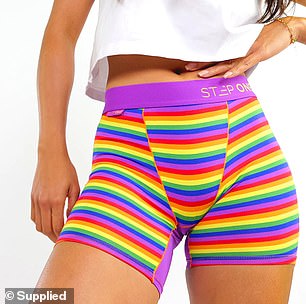 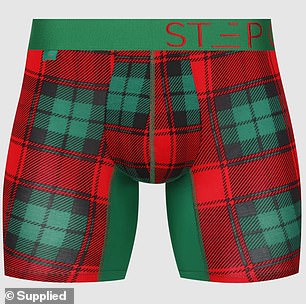 Step One was established in 2017 after founder Greg Taylor, an elite rower, experienced an ‘unbearable chafing situation’ while hiking in New Zealand.

He couldn’t find an effective solution, so after extensive research and testing he came up with his own bamboo solution.

The underwear is made using a bike short-like material called ‘UltraGlyde’, which is placed where the legs rub to stop irritation.

Mr Taylor found research that showed the disturbing revelation that 22 per cent of men wear their underwear twice before washing, so he decided to use organic bamboo because it’s breathable, anti-bacterial and wicks away sweat. 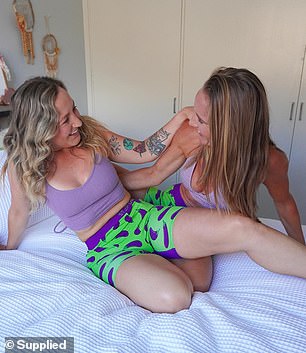 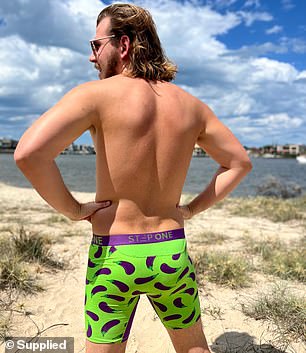 The underwear is made from a bike short-like material called UltraGlyde that prevents thigh irritation. It also has organic bamboo for its anti-bacterial and anti-sweat qualities

How to prevent chafing during exercise:

2. Make sure your clothes fit right

5. Choose a backpack that wont chafe

The underwear was originally created for men, but a women’s line was recently launched due to its popularity.

Mr Taylor said the moment he knew the underwear was a roaring success was when he saw them one of the country’s top cricket players.

‘One night my phone lit up with messages and one of the T20 cricketers, Uzman Kawajia had dropped his dacks in the middle of the ground and was wearing a pair of Step Ones! I thought I’d truly made it at that point,’ he said.

The undies have more than 50,000 five-star reviews online.

It has been praised for its colourful-designs, durability, comfortable waste-band and ability not to roll up.

‘I’ve always bought men’s ones for my son. I just bought ladies ones for myself and now I understand why he loves them so much. They are so comfortable and great quality,’ one mum said. 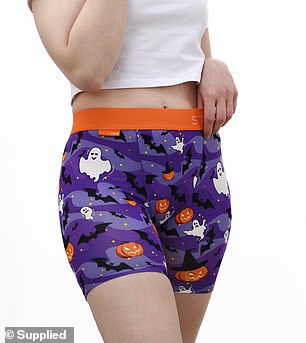 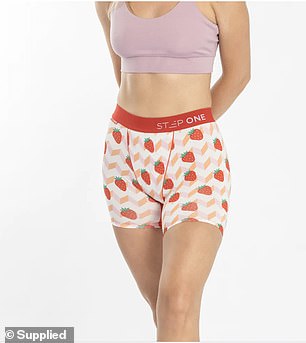 The brand is well-loved for it’s colourful designs, durability, comfortable waste-band and ability not to roll up. However not everyone left positive reviews, one woman said she hated the length of the product

‘These undies are so comfortable my husband and I love them, thanks Step One,’ another woman commented.

‘I thought these might feel weird having always worn bikini cut undies but they’re amazing!’ another commented.

‘They sit just above the hips are so comfortable and they never go up your bum! These are a game changer ladies!’

However some women have criticised the underwear for having a visible panty line.

‘Incredibly uncomfortable and shows undie lines when in work pants or gym tights,’ one woman said.