Stephen Curry and Golden State have turned all those Houston bricks into a road back to the NBA Finals.

Kevin Durant scored 34 points, Curry sparked another third-quarter turnaround, and the Warriors earned a fourth straight trip to the NBA Finals by beating the Houston Rockets 101-92 in Game 7 of the Western Conference finals on Monday night.

The defending champions trailed by as many as 15 in the first half after falling behind 17 in Game 6.

Curry, who finished with 27 points, scored 14 of Golden State’s 33 points in the third quarter as Houston’s shooting didn’t just go cold, it froze. The Rockets missed all 14 3-point attempts in that quarter as part of 27 misses from long range. 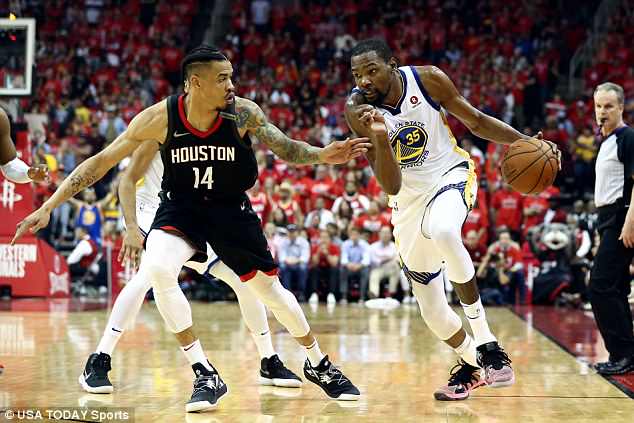 The Warriors will host LeBron James and the Cleveland Cavaliers in Game 1 on Thursday night in the fourth straight matchup between the teams.

James Harden had 32 points as the top-seeded Rockets’ bid to return to the finals for the first time since 1995 fell short without Chris Paul, who was nursing a hamstring injury.

Golden State led by seven entering the fourth and pushed the lead to 10 on a 3-pointer by Klay Thompson with about 9 1/2 minutes left. Clint Capela made a hook shot for Houston but Durant hit a long 3 seconds later to make it 86-75.

The Rockets were behind by 13 after a 3 by Curry and had missed 27 straight 3-pointers when P.J. Tucker hit one from the corner to cut the lead to 89-79 midway through the quarter. 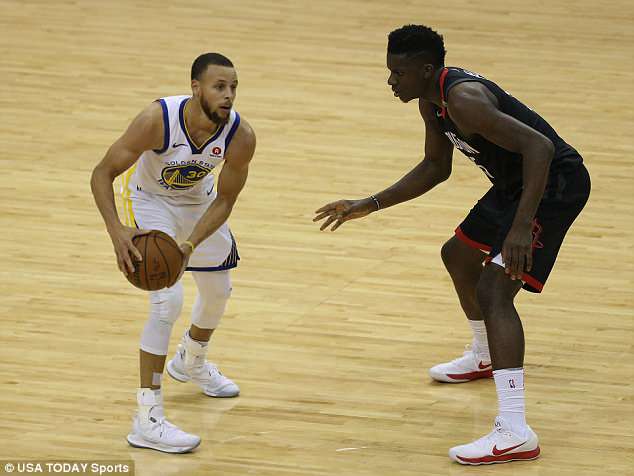 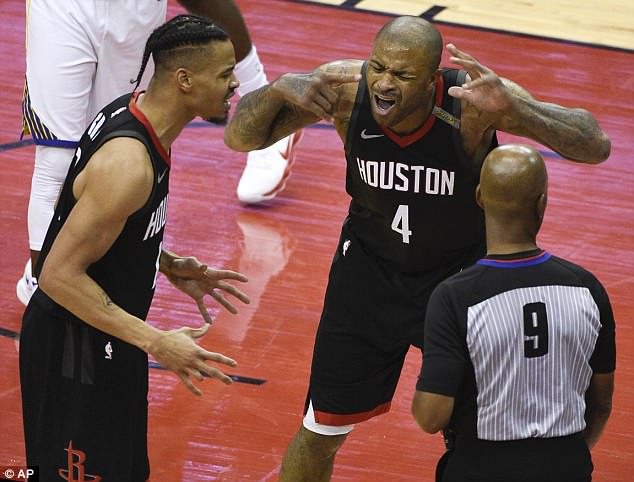 Houston Rockets forward PJ Tucker (4) and guard Gerald Green, left, argue a call with official Derrick Stafford during the second half of Game 7 of the Western Conference Finals

It was their first 3-pointer since one by Eric Gordon with about 6 1/2 minutes left in the second quarter that put the Rockets up 42-28.

Tucker’s 3 was the first of seven straight points for Houston which cut the lead to 89-83.

But Durant scored six points in a 9-2 spurt after that which left the Warriors 97-85 with about three minutes to go.

Houston finally found a little offense after that, using a 7-2 run to cut it to 99-92, but their rally bid came up short.

Thompson added 19 for Golden State after scoring 35 in the Game 6 win and the Warriors got a fourth straight start from Kevon Looney with Andre Iguodala sitting out again with a bone bruise on his left leg. 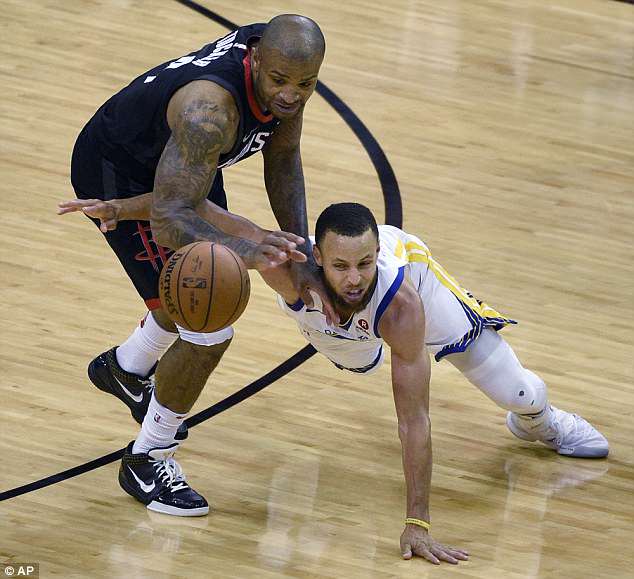 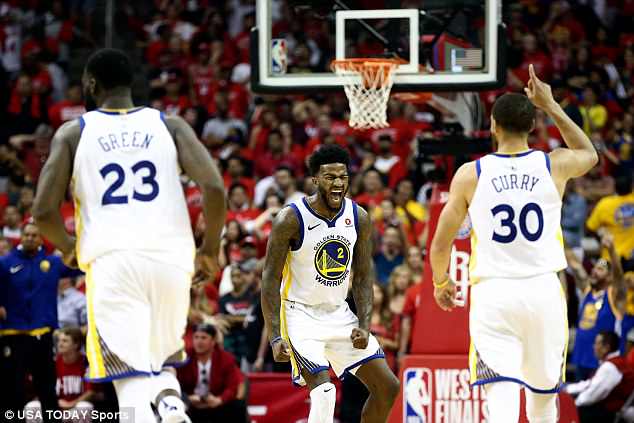 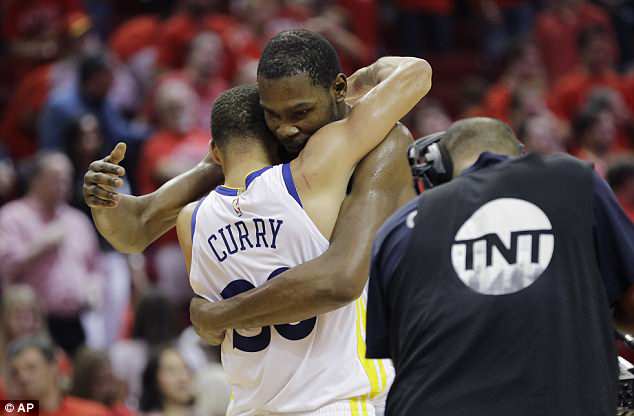 After being down by 10 at halftime of Game 6, the Warriors trailed by 11 entering the third quarter on Monday night. Golden State opened the third quarter with a 10-4 run to cut the lead to 58-53 after a 3-pointer by Nick Young with about eight minutes left in the quarter.

Tucker made one of two free throws and the teams exchanged layups before Golden State scored nine straight points, with two 3s from Curry, to take a 64-61 lead.

Harden made two free throws before Curry scored eight points in a row, highlighted by a 3-pointer which bounced high off the rim before falling back in, to make it 72-63 with just over two minutes left in the quarter.

Golden State scored 33 points in the third quarter for the second straight game while Houston managed just 15 points on Monday night after it scored 16 in the third in Game 6.